On 23 February 2016, the State Party submitted a state of conservation report, which is available at https://whc.unesco.org/en/list/420/documents, and presents progress as follows:

The efforts made by the State Party to develop coordinated actions for the conservation of Cerro Rico of Potosí, in particular by the creation of a Management Committee for Cerro Rico of Potosí along with its operational regulations are welcomed. However, it should also be noted that the creation of this Committee should be harmonized with the initiative to create a Management Body that cover all the components of the inscribed property in order to ensure the integral protection of its Outstanding Universal Value (OUV).

There are some encouraging initiatives regarding the management of the Cerro Rico and the  stabilization of its summit, such as: the identification of financial resources for the stabilization works at the sinking areas of Cerro Rico by the Autonomous Government of the Department of Potosí ,  the process to develop a New Legislation to solve the issues regarding the relocation of miners and the moratorium for all exploration between altitudes 4,400m and 4,700m, and the implementation of  several actions such as the inventory and analysis of mining cooperatives above 4,400m, the inspection of mines located in risk areas and the relocation of miners. However, the report lacks specific information on the results and impact of all these actions, and the fact that the current situation of the stabilization of the summit of Cerro Rico remains unresolved should be noted with extreme regret.

The Integrated Management Plan for the property, as well as the DSOCR and a set of corrective measures, need to be elaborated as a matter of urgency. Therefore, it is regrettable that the State Party was not able to develop these essential tools with the International Assistance granted for this purpose.

The proposal of a set of rules for the creation of a Supra Organic Management Body for the development and implementation of an Integral Management Plan which includes all attributes and components of the property (Cerro Rico, the Historic Centre, the Ingenios Valley, lakes and the cultural landscape) is considered as an essential progress to be achieved to ensure an effective management system for the property. The land use regulation for the property and its surrounding areas and its socialization with the communities before the establishment of the buffer zone for the property is of upmost importance.

The approval of the Law for the Preservation of Historic zones of City of Potosí (Municipal Law 055/2014) is welcomed. In this sense, the restoration works implemented in many of the churches located in City of Potosí in 2015 and the initiative to further develop studies for the restoration of other churches in 2016 is noted, though it would be advisable to develop an integral conservation strategy before further works are implemented. 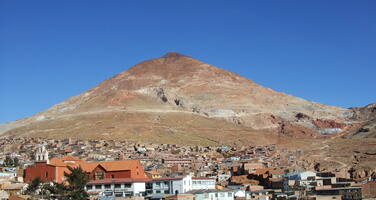