On 28 January 2015 the State Party submitted a report on the state of conservation of the property, available at https://whc.unesco.org/en/list/181/documents/.

The following information is presented in the report:

The draft retrospective Statement of Outstanding Universal Value (SOUV) has been prepared by the State Party, but will not be submitted for consideration of the Committee at its 39th session for reasons described below.

The reported actions undertaken by the State Party to address the issues previously identified by the Committee are noted. The Advisory Bodies and the World Heritage Centre have also made an initial review of the draft management plan.

The draft management plan and the expression of interest process for tourism infrastructure development raise a number of concerns, which require further consideration by the World Heritage Committee. A number of changes that are being proposed in the draft management plan would appear to directly threaten the protection of the Outstanding Universal Value (OUV) of the property, including:

In addition to the above, the draft management plan proposes that consideration would be given to renomination of the property as an Aboriginal Cultural Landscape, with a possible new name for the property in line with the Tasmanian Government’s Aboriginal and Dual Naming Policy. If this were to be retained in the management plan, further clarifications on the implications for the World Heritage property, as currently inscribed, would need to be provided to the World Heritage Centre and the Advisory Bodies.

Based on the above analysis it is recommend that the Committee urge the State Party to make necessary changes to the proposed management plan to ensure that an adequate protection and management regime is in place to sustain the property’s Outstanding Universal Value in the long term and to ensure that work on completely identifying cultural attributes is undertaken as soon as possible and earlier than 2018 if possible.

ICOMOS considers that the current draft retrospective SOUV that has been submitted to the World Heritage Centre does not include adequate detailed information on the cultural attributes for the whole property, or of their protection and management, as requested by the Committee at its 38th session (Decision 38 COM 8B.47), and that these should be added before the Statement is reviewed.

It is also recommended that the Committee request the State Party to invite a joint IUCN/ICOMOS Reactive Monitoring mission to the property in order to review and provide advice for the survey of cultural attributes, the completion of the retrospective SOUV, and the revision of the management plan, prior to any moves to finalize the latter, and to assess the state of conservation of the property as a whole. It is further recommended that the mission provide support to the State Party for the finalization of the retrospective SOUV. 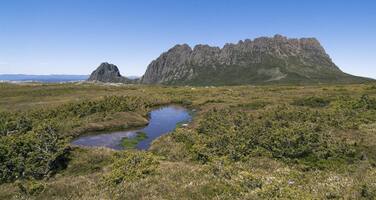