State of Conservation Historic Centre of the ... 2007
Print

a) Urban development pressure, high-rise projects with alteration of the visual integrity of the property;

b) Train station project outside the buffer zone with potential visual impacts on the property.

On 29 January 2007, the State Party submitted a comprehensive updated report about the urban planning projects inside and outside the World Heritage property. Several projects are being processed and no final decisions have been taken.

Max Reinhardt Square: In the process of redesigning the square, the Small Festival Hall (Kleines Festspielhaus) and the University Hall (Universitätsaula) were rebuilt and transformed. In addition, the pavement of Hofstallgasse was completed. The redesign project will be followed by the rearrangement of the FurtwänglerGarden in 2007 or 2008. Makart Square: since the report of 2005, the surface of the square remains unchanged, as well as the subterranean garage project, which has been scaled down to a one level garage. Nevertheless, the implementation of the project remains undetermined.

A number of projects were also mentioned, including:

(i) Alte Diakonie: The renovation project (mix of apartments, and offices, complete with kindergarten and parking facilities) is scheduled to be completed in 2007;

(ii) Mozarteum University: the building became unserviceable and had to be partly torn and the new wings of the Mozarteum were opened in 2006;

(iii) Franz-Josef Kaserne: the army barracks erected in 1849, were adapted for the use by the university and the building was reopened in 2006 ;

(iv) The Schloss Arenberg was renovated during 2005-2006 and adapted for housing the American Austrian Foundation ;

(v) Salzburg Museum: the new residence was restructured and converted into the new Salzburg Museum, formerly Museum Carolino Augusteum, the museum was opened in 2006 ;

(vii) Kleines Festspielhaus: this building was left totally untouched except for modernizing the internal stage machinery. The lobby and its wall paintings were renovated in 2004-2005 and the northern wall of the auditorium was taken down for structural reasons. The old wall could not have supported the necessary new gallery. The renewed building was opened in 2006 ;

(viii) Old Town Hall: the building was adapted for public function, the planned installation of an elevator and an additional emergency staircase required extensive preliminary archaeological and historical research. Work on the installation will start in autumn 2007.

(i) Campus Nonnta; an urban design competition for the area was organised to ensure the removal of the existing campus buildings. The building plans have been authorised and some works have started. An EU-wide design competition for the university buildings (height limit five stories), took place, winning designs were selected, and construction will start by the end of 2007;

(ii) Railway Bridge: the existing bridge over the river is being replaced and construction began in late 2005. Additional funds were provided by the City of Salzburg, in order to secure a design in accordance with the significance of the Historic Centre of Salzburg. The new bridge will be completed in 2008;

(iii) Railway station: the railway authorities decided to rebuild the main station of Salzburg. The existing historical steel and glass structure of the old hall will be preserved and integrated and work is expected to begin in 2010-2011;

(v) Stern-brewery: an international design competition for housing project on the area of the old Stern-brewery in the Riedenburg-quarter took place, winning designs were selected, and construction will start during 2007.

c) Beyond the buffer zone

(i) Square of the Train Station: the area to the north of the square will be redeveloped in three sections: a building next to the station (five stories) is planned; apartment buildings are proposed and an office tower for an insurance company. Construction work started in 2006. The World Heritage Centre regrets that the report sent by the Austrian authorities in January 2007 did not provide more detailed information on the consultation process for this project, nor did it consider potential visual impacts on the visual integrity of the property;

(ii) Uzilinga project in Itzling is a project of eight apartment buildings (eight stories) 1 km from the historic centre. Plans were submitted to the authorities and building permits granted in 2006. Construction was postponed until the second half of 2007.

The State Party informed the World Heritage Centre that a management plan for the Historic Centre of Salzburg is still being prepared. Intensive discussions took place with experts responsible for other World Heritage Cities, whose historical centres experience problems similar to those in Salzburg. Modifications to the management plan were made, which will be finalised during 2007.

3.       Noting the progress made in the preparation of the management plan for the property,

4.       Recalls the need to enforce specific policies aimed at protecting the historic urban fabric and structure at the national level;

5.       Encourages further consultation processes for the train station project and other urban development projects that may affect the outstanding universal value of the property;

6.       Recommends that the Vienna Memorandum on “World Heritage and Contemporary Architecture, Managing the Historic Urban Landscape” (2005) be taken into account for any further decisions and planning processes regarding urban development in Salzburg;

3. Noting the progress made in the preparation of the management plan for the property,

4. Recalls the need to enforce specific policies aimed at protecting the historic urban fabric and structure at the national level;

5. Encourages further consultation processes for the train station project and other urban development projects that may affect the outstanding universal value of the property;

6. Recommends that the Vienna Memorandum on “World Heritage and Contemporary Architecture, Managing the Historic Urban Landscape” (2005) be taken into account for any further decisions and planning processes regarding urban development in Salzburg; 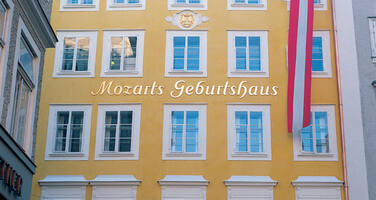