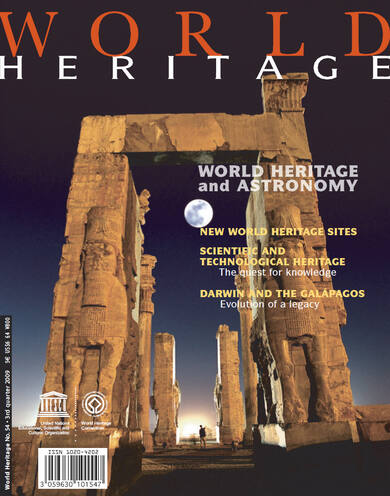 Astronomy and World Heritage
Astronomical heritage, or cultural heritage relating to the sky, recognizes the relationships between humanity and the cosmos.

From the Maya to the Inca and beyond
These ancient cultures confronted their particular vision of the universe.

The heritage of Galileo
400th anniversary of Galileo Galilei’s first astronomical use of a telescope.

Astronomy and World Heritage Education at Suzhou
Educational activities were organized in line with the International Year of Astronomy 2009.

Interview
Interview with Professor Alec Boksenberg, Chair of the UK National Commission for UNESCO, eminent astronomer and former Director of the United Kingdom Royal Observatories (Greenwich and Edinburgh), Professor of experimental astronomy at the University of Cambridge.