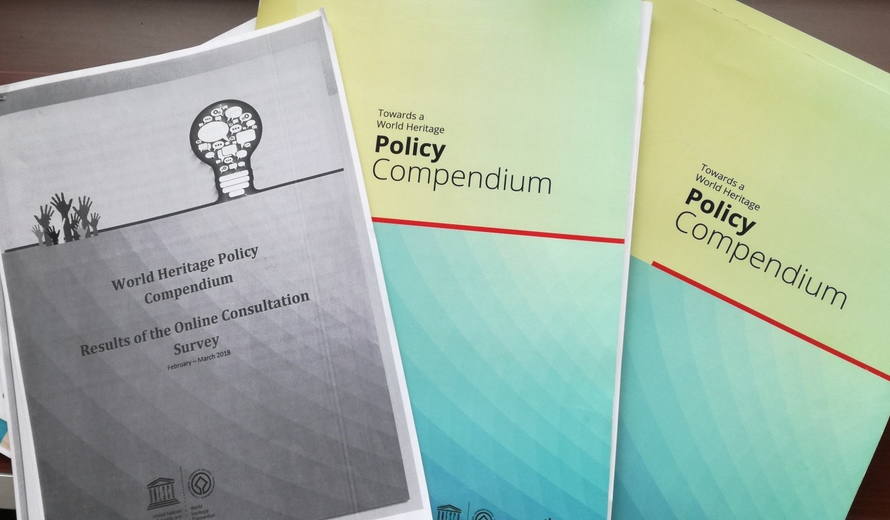 The consultation was carried out within the framework of the Policy Compendium project, which is being implemented through financial support received from the government of Australia.

The inclusive nature of the consultation and the wealth of feedback it has gathered will contribute to the elaboration of an accessible and user-friendly final Policy Compendium, which is foreseen as a centralized source of World Heritage policies to inform future decision-making and act as a catalyst to best practice World Heritage conservation.

The results of the consultation were examined by the Policy Compendium Working Group during its last meeting (13th – 15th of March 2018, UNESCO headquarters, Paris) and are being taken into account in the preparation of the first draft Policy Compendium - to be presented to the World Heritage Committee at its 42nd session (Manama, Bahrain, 24 June – 4 July 2018).