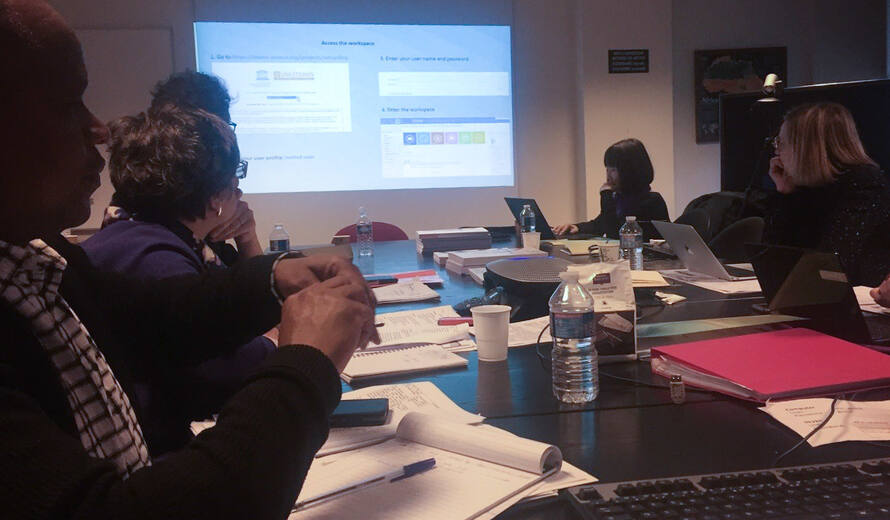 The Working Group is composed of representatives of the UNESCO Advisory Bodies (ICCROM, ICOMOS, IUCN), professionals working in the field of cultural and natural heritage and staff members of the World Heritage Centre and is based on the principles of geographic and gender-balanced representation. The group was established in accordance with World Heritage Committee Decision 40 COM 12, which also endorsed the recommendations of a Scoping Study on the Policy Compendium, which was carried out in 2015 by ICCROM and the World Heritage Centre.

After the official welcome of participants by Mechtild Rossler, Director of the World Heritage Centre, an intensive two-day working session got underway. During the working meeting the participants carried out a review of a compilation of policies that had been assembled by the World Heritage Centre and also discussed the methodology and approach to be taken as well as the structure of the document. Before the meeting was concluded, a detailed plan for the next phase of work was elaborated.

The Working Group will further collaborate online, working in smaller teams on distinct subject areas, which will be consolidated during their next meetings. Relevant consultations with other key stakeholders will also be organized by the World Heritage Centre.

In accordance with Decision 40 COM 12, a first draft of the Policy Compendium and the Working Group Recommendations will be presented to the World Heritage Committee at its 42nd session, which will be held in Manama, Bahrain from 24 June – 4 July 2018.