The List Historic Quarter of the Seaport City of ...
Print

The colonial city of Valparaíso presents an excellent example of late 19th-century urban and architectural development in Latin America. In its natural amphitheatre-like setting, the city is characterized by a vernacular urban fabric adapted to the hillsides that are dotted with a great variety of church spires. It contrasts with the geometrical layout utilized in the plain. The city has well preserved its interesting early industrial infrastructures, such as the numerous ‘elevators’ on the steep hillsides. 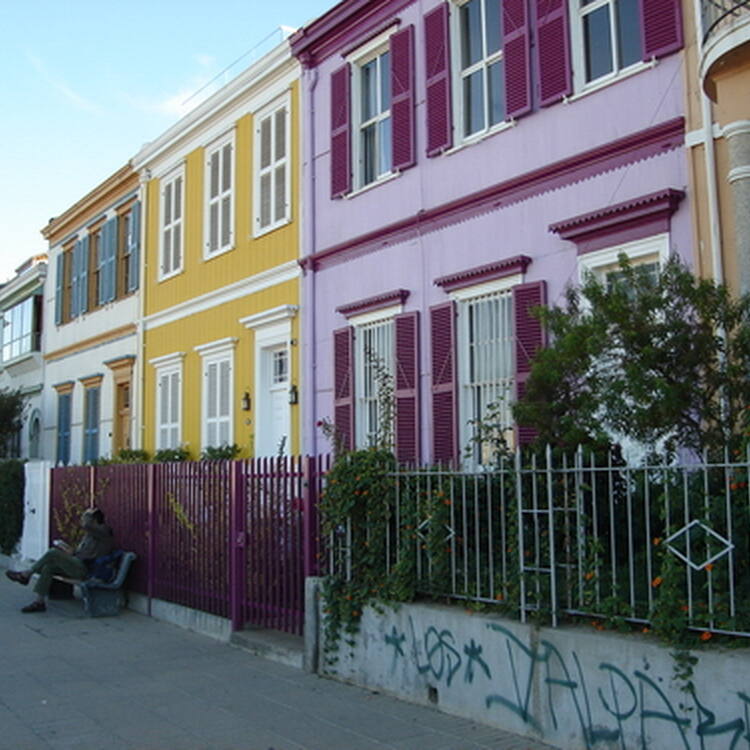 Located on central Chile’s Pacific coast, the Historic Quarter of the Seaport City of Valparaíso represents an extraordinary example of industrial-age heritage associated with the international sea trade of the late 19th and early 20th centuries. The city was the first and most important merchant port on the sea routes of the Pacific coast of South America that linked the Atlantic and Pacific oceans via the Strait of Magellan. It had a major commercial impact on its region from the 1880s until the opening of the Panama Canal in 1914. After this date its development slowed, allowing its harbour and distinctive urban fabric to survive as an exceptional testimony to the early phase of globalisation.

Valparaíso’s historic quarter is located on the coastal plain and part way up the steep surrounding hills, where the city first developed. It is composed of five interlaced neighbourhoods: La Matriz Church and Santo Domingo Square, located between the hills and the plain and comprised of the church and late 19th-century buildings typical of the seaport architecture; Echaurren Square and Serrano Street, predominantly commercial in character and marked by the presence of the Port Market, commercial establishments and active street trade; Prat Pier and Sotomayor and Justicia squares, comprising the main transversal axis of the area and containing the largest public spaces; the Prat Street and Turri Square area around the foothill, featuring a number of examples of monumental architecture; and the two hills of Cerro Alegre and Cerro Concepción, a single neighbourhood planned and developed to a large extent by German and English immigrants, with squares, viewing points, promenades, alleyways, stairways and the top stations of some of Valparaíso’s distinctive funicular elevators.

The outstanding nature of the historic quarter of Valparaíso results from a combination of three factors, all associated with its role as a port: its particular geographical and topographical environment; its urban forms, layout, infrastructure and architecture; and its attraction to and influence by people from around the world. The character of Valparaíso was strongly marked by the geography of its location: the bay, the narrow coastal plains (largely artificial) and the steep hills scored by multiple ravines together created the city’s amphitheatre-like layout. Adaptation of the built environment to these difficult geographical conditions produced an innovative and creative urban ensemble that stressed the particularities of each architectural object, grounded in the technological and entrepreneurial mindset typical of the era. Consistent with its pre-eminence, the city was populated and influenced by people from around the world. The urban fabric and cultural identity of Valparaíso are thus distinguished by a diversity that sets it apart from other Latin American cities. From an urban perspective, the result of this challenging geography, modernizing impulse and intercultural dialogue is a fully original American city with the stamp of the late 19th century upon it.

Criterion (iii) Valparaíso is an exceptional testimony to the early phase of globalisation in the late 19th century, when it became the leading commercial port on the sea routes of the Pacific coast of South America.

Within the boundaries of the property are located all the elements necessary to express the Outstanding Universal Value of the Historic Quarter of the Seaport City of Valparaíso, including the urban layout, public spaces and buildings, which range from very simple houses to monumental buildings in a variety of construction techniques, styles and adaptations to the landscape; the port and naval heritage as exemplified by Prat Pier and the customs and naval services buildings; the transportation infrastructure, including funicular elevator and trolley systems typical of the period; and a number of expressions of intangible heritage, all of which illustrate the historic quarter of the seaport city of Valparaíso’s leading role in the global commercial trade associated with the late 19th century industrial era. Without minimising the conservation challenges inherent to a living port city, the property has maintained its integrity.

The Historic Quarter of the Seaport City of Valparaíso is substantially authentic in terms of the ensemble’s forms and designs, materials and substances, uses and functions, and location and setting. It has largely retained the key features of its heyday in the late 19th and early 20th centuries, including its urban elements, its architecture, its transportation systems and parts of its port infrastructure. These essential features are authentic and have been maintained with an eye to continuity of use and function as well as construction techniques. The relationship of the property with the landscape, and in particular the ‘amphitheatre’ layout, has also been maintained.

The historic quarter of Valparaíso nevertheless has challenges to maintain its authenticity, particularly in relation to conservation and planning control. Damage to several buildings due to a fire in 2007 and a major earthquake in 2010 is being addressed.

The Historic Quarter of the Seaport City of Valparaíso, a mixture of public and private properties, is administered through the Municipal Heritage Management Department, which is specifically responsible for overseeing the management of the property. The 23.2-ha property and much of its 44.5-ha buffer zone are designated a National Monument, and are therefore overseen by the National Monuments Council of Chile. The Ministry of Housing and Urban Development also supervises the entire area by virtue of the Historic Preservation Zone established in the area, which extends beyond the boundaries of both the property and the buffer zone. This Zone covers two-thirds of the city, with reference to both the natural amphitheatre that characterises the entire urban area (defined by Avenida Alemania – the 100-m level – from Cerro Playa Ancha to Cerro Esperanza), and the City Plan (area of El Almendral).

To respond to challenges in relation to conservation and planning control and to sustain the Outstanding Universal Value of the property, a comprehensive Management and Conservation Plan for the property is in the process of elaboration. It reconciles the Communal Regulating Plan with the property’s National Monument status, and addresses related urban planning and regulation issues, visual integrity, heritage/development balances, strategic guidelines (including economic and financial initiatives) and monitoring systems.

Sustaining the Outstanding Universal Value of the property over time will require completing, approving and implementing the comprehensive Management and Conservation Plan for the property, and ensuring financial resources for conservation. The recovery and enhancement of the sectors that are depressed and have social problems are of particular importance. Moreover, it will be necessary to reconcile economic development efforts (both tourism and commercial) with the special character of these sectors, and with the concerns of their traditional population. Attention also needs to be paid to safeguarding the infrastructure related to the historic functions of the harbour and the underwater heritage and ensuring the sustainability of traditional transportation systems (funicular elevators and trolley cars). Known and potential threats and risks must also be addressed, including the infrastructure of basic services (water, gas, electricity), the vulnerabilities of materials (the threat from xylophagous insects, for example), as well as natural disasters (earthquakes, floods, fires). 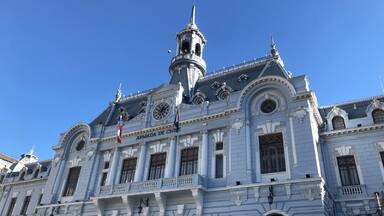 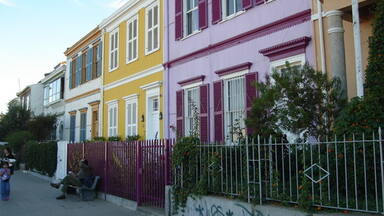 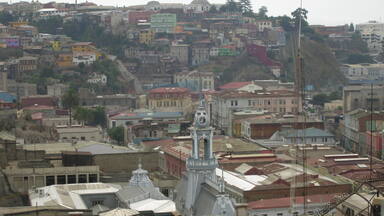 play_arrow Historic Quarter of the Seaport City of Valparaíso (UNESCO/NHK)