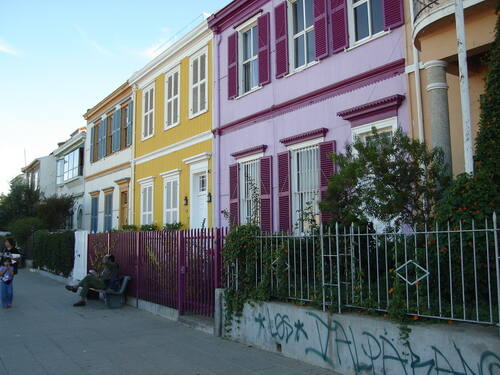 The Director-General of UNESCO, Irina Bokova, today expressed deep concern over the destruction caused by fires that have been raging around the city of Valparaiso and pledged the Organization’s support for Chile in safeguarding the Historic Quarter of the Seaport City of Valparaíso inscribed on the World Heritage List in 2003.

“I wish to present my heartfelt condolences to the people of Chile over the tragic loss of lives in Valparaiso,” the Director-General said. “UNESCO stands ready to help Chile mitigate the potential impact of the fires and conduct restoration activities on the Historic Quarter of the Seaport City of Valparaíso. We are determined to do all in our power to preserve this beautiful and vibrant site which hearkens back to an important period in the history of Chile and its cultural and economic development in the 19th century.”

The Director-General also promised continued support from UNESCO for the Humberstone and Santa Laura Saltpeter Works, a World Heritage site 45 kilometres east of the city of Iquique, which was hit by a powerful earthquake and tsunami earlier this month.

UNESCO's Office in Santiago has been working closely with the Chilean authorities in monitoring the situation in Valparaiso. Located on central Chile’s Pacific coast, the Historic Quarter of the Seaport City of Valparaíso represents an extraordinary example of industrial-age heritage associated with the international sea trade of the late 19th and early 20th centuries.

Further north, the earthquake and aftershocks that have been rocking the area around Iquique could further undermine the already vulnerable structures of the Humberstone and Santa Laura Saltpeter Works, inscribed on the World Heritage List in 2005 when the property was also placed on the List of World Heritage in Danger.

The desert site bears witness to the industrial heritage and culture developed by the thousands of people who lived and worked in the region’s 200 saltpeter works from 1872 to the mid-20th. The site constitutes an exceptional testimony to technological progress and global exchanges during the industrial era and it bears witness to the distinctive communal Pampinos culture that developed in company towns in the region at that time.