The ongoing fluvial, marine and aeolian processes in the site have produced a variety of landforms, including coral reefs, long sandy beaches, coastal dunes, lake systems, swamps, and extensive reed and papyrus wetlands. The interplay of the park's environmental heterogeneity with major floods and coastal storms and a transitional geographic location between subtropical and tropical Africa has resulted in exceptional species diversity and ongoing speciation. The mosaic of landforms and habitat types creates breathtaking scenic vistas. The site contains critical habitats for a range of species from Africa's marine, wetland and savannah environments. 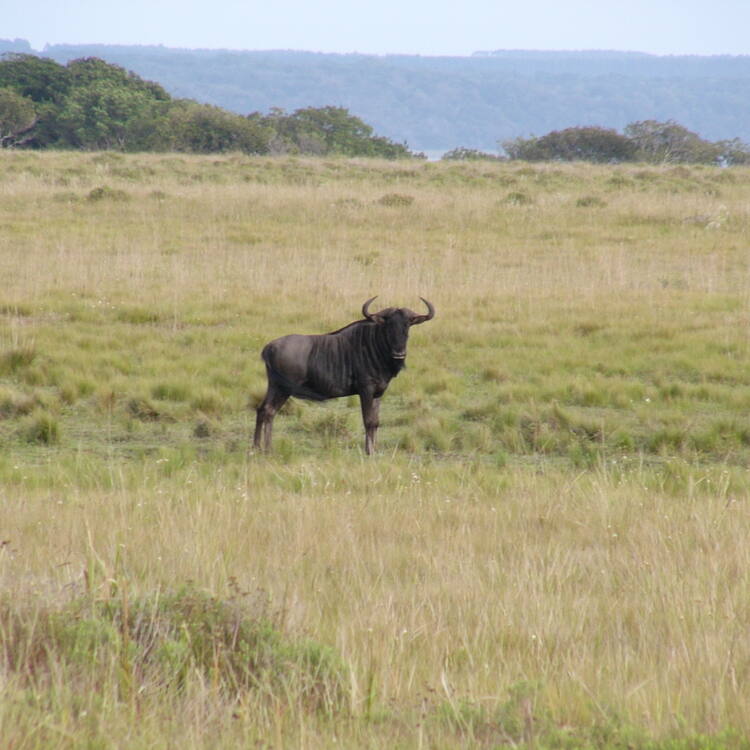 The iSimangaliso Wetland Park is one of the outstanding natural wetland and coastal sites of Africa. Covering an area of 239,566 ha, it includes a wide range of pristine marine, coastal, wetland, estuarine, and terrestrial environments which are scenically beautiful and basically unmodified by people. These include coral reefs, long sandy beaches, coastal dunes, lake systems, swamps, and extensive reed and papyrus wetlands, providing critical habitat for a wide range of species from Africa's seas, wetlands and savannahs. The interaction of these environments with major floods and coastal storms in the Park’s transitional location has resulted in continuing speciation and exceptional species diversity. Its vivid natural spectacles include nesting turtles and large aggregations of flamingos and other waterfowl.

Criterion (vii): iSimangaliso is geographically diverse with superlative scenic vistas along its 220 km coast. From the clear waters of the Indian Ocean, wide undeveloped sandy beaches, a forested dune cordon and a mosaic of wetlands, grasslands, forests, lakes and savannah, the park contains exceptional aesthetic qualities. Three natural phenomena are judged outstanding. One is the shifting salinity states within Lake St. Lucia which are linked to wet and dry climatic cycles, with the lake responding accordingly with shifts from low to hyper-saline states. A second is the spectacle of large numbers of nesting turtles on the beaches and the abundance of dolphins and migration of whales and whale sharks off-shore. Finally, the huge numbers of waterfowl and large breeding colonies of pelicans, storks, herons and terns are impressive and add life to the wild natural landscape of the area.

Criterion (ix): The combination of fluvial, marine and aeolian processes initiated in the early Pleistocene in iSimangaliso has resulted in a variety of landforms and continues to the present day. The Park’s transitional geographic location between sub-tropical and tropical Africa as well as the coastal setting have resulted in exceptional species diversity. Past speciation events in the Maputaland Centre of Endemism are also ongoing and contribute another element to the diversity and interplay of evolutionary processes at work in iSimangaliso. In the marine component of the site, the sediments being transported by the Agulhas current are trapped by submarine canyons on the continental shelf allowing for remarkably clear waters for the development of coral reefs. The interplay of this environmental heterogeneity is further complicated by major floods and coastal storms, events which are regularly experienced in iSimangaliso. The site is also of sufficient size and retains most of the key elements that are essential for long-term functioning of the ecosystems.

Criterion (x): The five interlinked ecosystems found in iSimangaliso provide habitat for a significant diversity of African biota, including a large number of threatened and/or endemic species. The species lists for iSimangaliso are the lengthiest in the region and population sizes for most of them are viable. Of the over 6,500 plant and animal (including 521 bird) species recorded from the Park[1], populations of species of conservation importance include 11 species endemic to the park, 108 species endemic to South Africa, while 467 species are listed as threatened in South Africa. The outstanding diversity of habitats (terrestrial, wetland, coastal and aquatic) supports a wide variety of animal species, some at the northern and many at the southern limit of their range.

The property consists of 13 separate but contiguous conservation units totalling 239,566 ha including some 85,000 ha of marine reserves. Its history of conservation management dates back to 1895 when the first reserves were created by the Zululand Government, and later proposals for titanium sand mining were rejected. Ongoing integrity issues include the protection of catchment area and regional development (upstream water abstraction, agricultural practices and road construction); land claims (which may result in further boundary issues); resource harvesting and local community issues; and restoration of degraded habitats. A unified management system for all 13 components was also requested.

The park is not inhabited by people apart from six small townships in the Kosi Bay Coastal Forest Reserve. There are also two villages (Makakatana and St Lucia Estuary) which are enclaves within the Park but not part of it. About 100,000 people from 48 tribal groups live in villages surrounding the Park and community conservation programmes are key to minimising conflicts and maximising benefits. A progressive neighbour-relations policy fosters good relations with communities who live near the Park to ensure that they derive direct benefits from the protected area such as free access, business and employment.

Management of the Park at the provincial level is by the KwaZulu-Natal Nature Conservation Service working with the provincial administration in accordance with national and provincial legislation. South Africa has solid legislation that affords iSimangaliso the necessary legal protection, such as the World Heritage Convention Act, 1999.  iSimangaliso contains four Ramsar sites [St. Lucia Lake System (Ramsar Site # 345) (ii) Turtle Beaches/Coral Reefs of Tongaland (Ramsar Site # 344) (iii) Kosi Bay Lake System (Ramsar Site #527), and (iv) Lake Sibaya (Ramsar Site # 528)] that recognise the ecological functions of wetlands as well as their importance as resources of economic, cultural, scientific and recreational value. All human uses of iSimangaliso are subject to intensive management, research and monitoring. They are also confined to about a third of the total area while the remainder is free from extractive uses. Some funds to assist in community conservation have come from WWF, but the main funding to ensure that iSimangaliso management is adequately supported comes from the Province.

A major threat to the Park is damage to the hydrology and salinity of the wetland system including reduction in the water supply by the transformation of the upper Mfolozi Swamps by agriculture. Serious droughts have raised salinity and killed off shoreline vegetation, causing bank erosion and silting of the lake. The Umfolozi River has also threatened to break into the lake, again raising the likelihood of sedimentation and invasion by sand and sea-water following breaching of the sand bar. Catastrophic events such as the grounding of an oil tanker near the park in 2002 also threaten the site. Other threats include damage by over-use (tourism and over-exploitation of resources such as unsustainable fishing).

The park has high visitation rates and has been zoned into three ecotourism use-zones: a zone of low intensity use in the wilderness core of the Park where access is by foot except for staff; a moderate use zone where visitors can view wildlife from vehicles and from scattered camps and hides; and high intensity use zones where, at seven development nodes, there are roads, interpretative and educational displays, guided walks, accommodation and other facilities.

Infestation by alien invasive plants is a problem, although limited in area at present. The worst invaders are Chromolaena odorata, Psidium guajava, Pereckia acuelata and Melia azedarach. Programmes by the Plant Protection Research Institute have used biological control, especially to remove plant infestations from important water-producing catchment areas. In addition pine and eucalyptus plantations around the lake have been removed to improve water seepage.

In the past several land claims by impoverished communities have been lodged before the Land Claims Court. These areas include the Eastern Shores State Forest, Cape Vidal State Forest and Sodwana State Forest. One solution has been reached with the Mbuyazi whose rights near Cape Vidal have been recognised, not to settle, but to develop ancestral lands for tourism. More recently, there has been conflict over other large hotel developments launched in environmentally sensitive areas without contact with local stakeholders, environmental impact assessments or adequate infrastructure. However by 2004 it was stated that the land claimants and local communities were accepted as partners in the development of the Park. 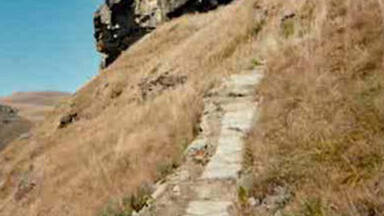 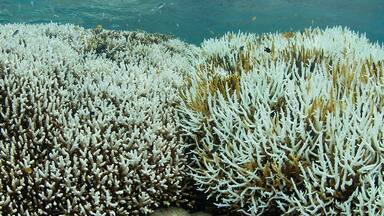 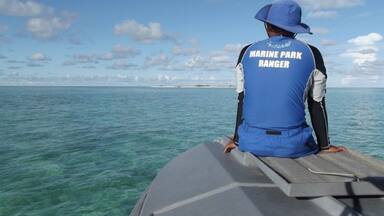 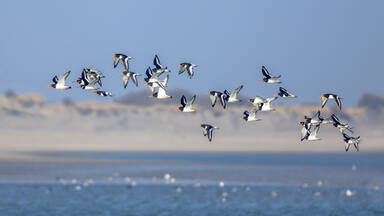 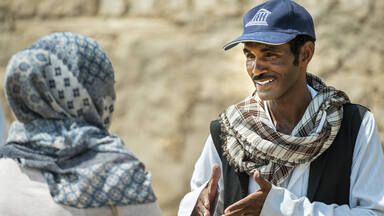 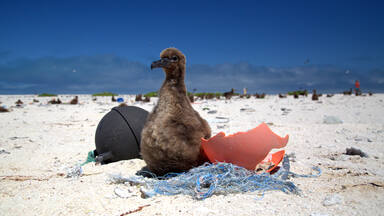 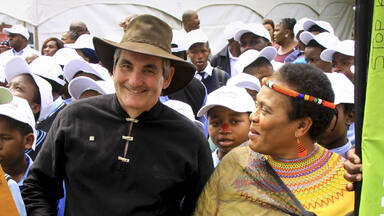 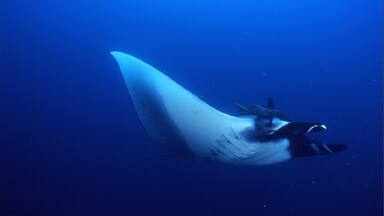 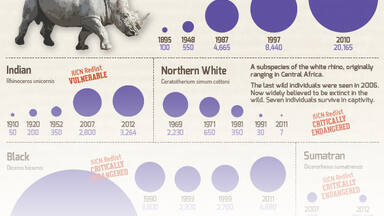 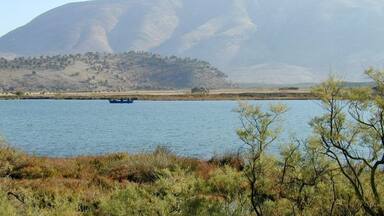