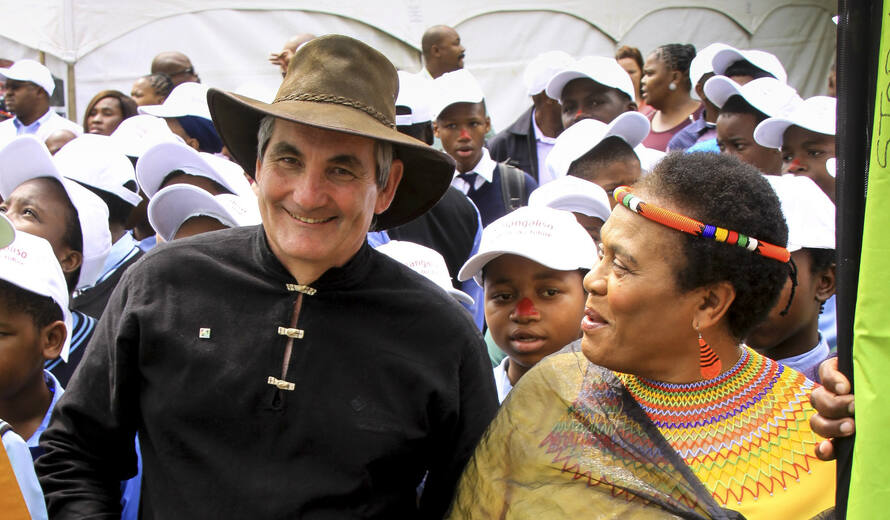 The CEO of the iSimangaliso Wetland Park Authority, the environmentalist Andrew Zaloumis, has been awarded the prestigious 2017 KfW-Bernhard-Grzimek-Preis for his outstanding commitment and visionary management of the iSimangaliso Wetland Park World Heritage site in South Africa. The award is presented every two years to honour individuals and organizations for their commitment to protecting the world’s globally significant biodiversity, and comes with a prize of 50,000 Euros.

KfW Stiftung presented the award to Andrew Zaloumois during a ceremony at Frankfurt’s Palmengarten on 3 May 2017. The award is presented every two years to honour individuals and organizations for their commitment to protecting the world’s globally significant biodiversity.

Andrew was instrumental in preparing the nomination file for the inscription of iSimangaliso Wetland Park on the World Heritage List, and in integrating the implementation of the World Heritage Convention into South African law. Additionally, Andrew’s bold and innovative leadership at the iSimangaliso Wetland Park Authority has pioneered a new social engagement in which ecology and a concern for humanity are inseparable aspects of a new conservation practice. The park has increased employment and the community has benefitted from its programmes for land maintenance, handicrafts, and small, medium and micro-sized enterprise programmes, as well as infrastructure contracts, sustainable agriculture and natural resource use policies. Other programmes involve tourism, leadership, environmental education, art and cultural heritage training programmes, among others.  Under Andrew’s watch, tourism businesses in and around the Park have grown by over 80% in the last 10 years.

During the third World Heritage marine site managers conference that took place in August 2016, Andrew Zaloumis presented some of the successes in iSimangaliso and said:

“World Heritage designation has without question elevated the status of iSimangaliso both in South Africa and internationally. This has enhanced the value that people place on the natural resources and environment in iSimangaliso and supported the balancing of interests for the greater good.”