The List Minaret and Archaeological Remains of Jam
Print

The 65m-tall Minaret of Jam is a graceful, soaring structure, dating back to the 12th century. Covered in elaborate brickwork with a blue tile inscription at the top, it is noteworthy for the quality of its architecture and decoration, which represent the culmination of an architectural and artistic tradition in this region. Its impact is heightened by its dramatic setting, a deep river valley between towering mountains in the heart of the Ghur province. 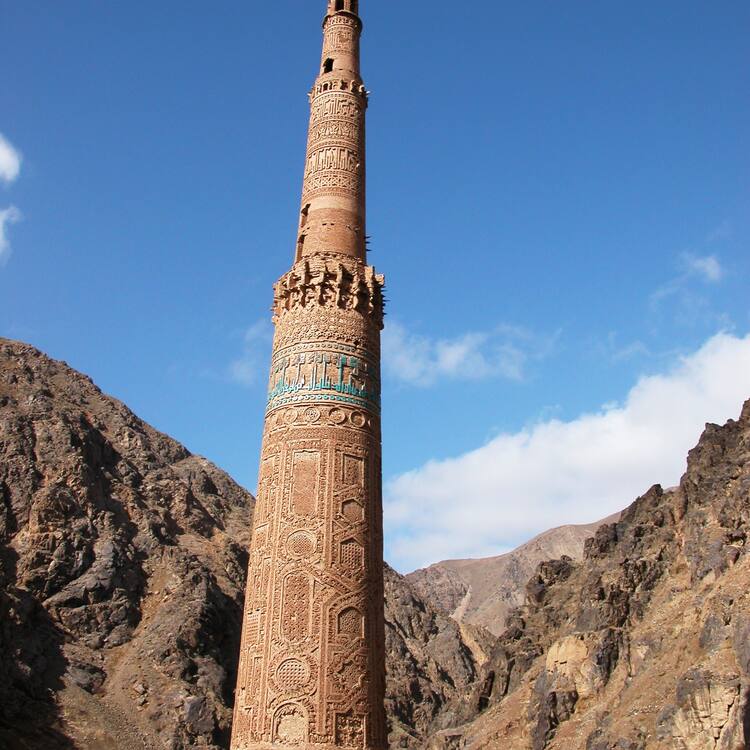 At 1,900 m above sea level and far from any town, the Minaret of Jam rises within a rugged valley along the Hari-rud River at its junction with the river Jam around 215km-east of Herat. Rising to 65m from a 9m diameter octagonal base, its four superimposed, tapering cylindrical shafts are constructed from fired bricks. The Minaret is completely covered with geometric decoration in relief enhanced with a Kufic inscription in turquoise tiles. Built in 1194 by the great Ghurid Sultan Ghiyas-od-din (1153-1203), its emplacement probably marks the site of the ancient city of Firuzkuh, believed to have been the summer capital of the Ghurid dynasty. Surrounding remains include a group of stones with Hebrew inscriptions from the 11th to 12th centuries on the Kushkak hill, and vestiges of castles and towers of the Ghurid settlements on the banks of the Hari River as well as to the east of the Minaret.

The Minaret of Jam is one of the few well-preserved monuments representing the exceptional artistic creativity and mastery of structural engineering of the time. Its architecture and ornamentation are outstanding from the point of view of art history, fusing together elements from earlier developments in the region in an exceptional way and exerting a strong influence on later architecture in the region. This graceful soaring structure is an outstanding example of the architecture and ornamentation of the Islamic period in Central Asia and played a significant role in their further dissemination as far as India as demonstrated by the Qutb Minar, Delhi, begun in 1202 and completed in the early 14th century.

Criterion (ii): The innovative architecture and decoration of the Minaret of Jam played a significant role in the development of the arts and architecture of the Indian sub-continent and beyond.

Criterion (iii): The Minaret of Jam and its associated archaeological remains constitute exceptional testimony to the power and quality of the Ghurid civilization that dominated the region in the 12th and 13th centuries.

Criterion (iv): The Minaret of Jam is an outstanding example of Islamic architecture and ornamentation in the region and played a significant role for further dissemination.

Since the building of the Minaret around eight hundred years ago, no reconstruction or extensive restoration work has ever taken place in the area. The archaeological vestiges were surveyed and recorded in 1957 when the remains were first discovered by archaeologists. Subsequent surveys and studies have led only to simple precautionary stabilization measures to the base of the Minaret. Thus, the attributes that express the Outstanding Universal Value of the site, not least the Minaret itself, other architectural forms and their setting in the landscape, remain intact within the boundaries of the property and beyond.

The authenticity of the ensemble of the Minaret of Jam and the vestiges that surround it has never been questioned. The Minaret has always been recognised as a genuine architectural and decorative masterpiece by the experts and an artistic chef-d'oeuvre by the aesthetes. Its monumental Kufic inscriptions testify to the remote and glorious origin of its builders as well as giving evidence to its early dating (1194). No reconstruction or extensive restoration work has ever taken place in the area.

The legal and institutional framework for the effective management of the Minaret and archaeological remains (70ha with a 600ha buffer zone), is regulated by the Department of Historic Monuments on behalf of the Ministry of Information and Culture of the Islamic Republic of Afghanistan. The specific law under which the monument and its landscape are protected is the Law on the Protection of Historical and Cultural Properties (Ministry of Justice, 21 May 2004) which is in force and provides the basis for financial and technical resources.

The property will be removed from the List of World Heritage in Danger when its desired state of conservation is achieved in accordance with Decision 31 COM 7A.20. This must include the increased capacity of the staff of the Afghan Ministry of Culture and Information who are in charge of the preservation of the property; precise identification of the World Heritage property and clearly marked boundaries and buffer zones; assurance of the long-term stability and conservation of the Minaret; assurance of site security, and a comprehensive management system including the development and implementation of a long-term conservation policy.

Proposals for the protection of the Minaret and its environs are under scientific discussion. They would seek to monitor erosion of the riverbanks adjacent to the Minaret, any further movement in the level of inclination of the monument along with any degradation in the historic fabric in general, and mitigate any adverse observations with appropriate programs of stabilization and conservation measures where necessary. Measures for the protection and monitoring of the wider archaeological site are currently under review and an approved program of research and public awareness raising is likely to be instigated in the long term. 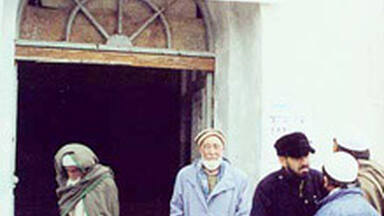 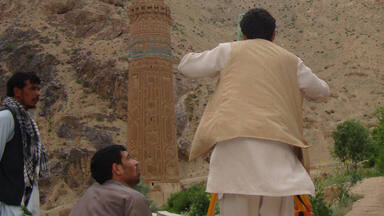 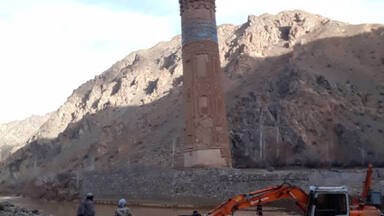 Afghanistan: UNESCO continues to protect the Minaret of Jam with local communities
23 June 2022 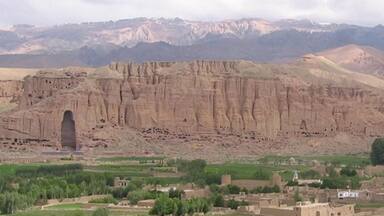 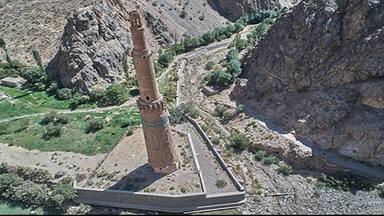 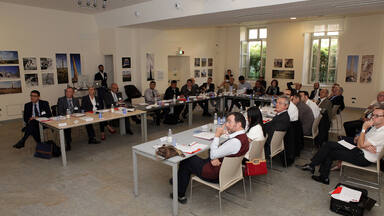 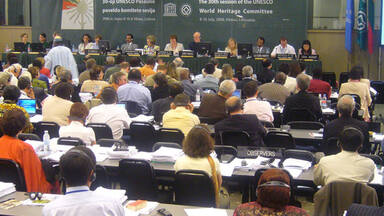 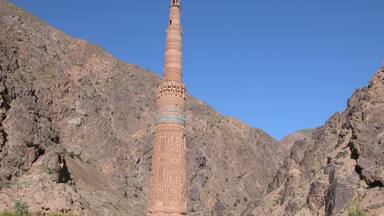 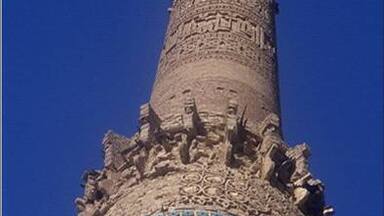 Exhibition of photographs: Safeguarding of the Minaret of Jam in Afghanistan
10 April 2007 - 7 May 2007