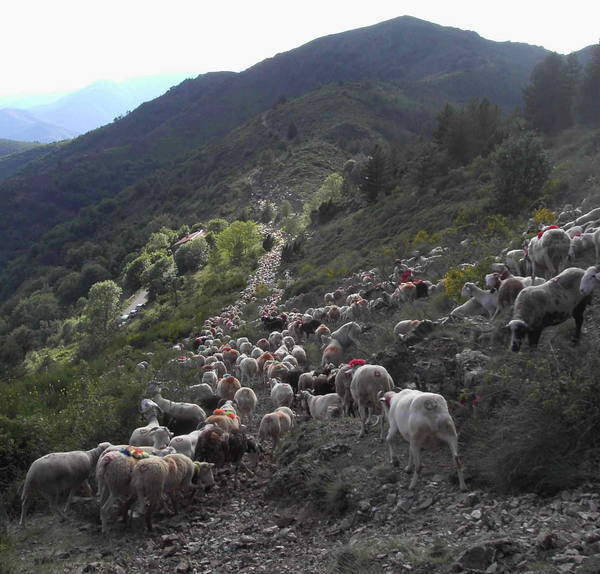 Pastoralism is defined as a system of livestock farming which depends, for the most part, on the generally non-intensive use of naturally-occurring plant materials for grazing, either on a farm or as part of a transhumant or nomadic lifestyle. One of the oldest human practices, widespread across the world and involving many types of livestock; pastoralism is intimately connected to the environment and based on a subtle interaction between humans and landscapes. Cultural pastoral landscapes are complex and take many forms. Cultural landscapes embody this interaction between humans and nature.

Under the France-UNESCO Cooperation Agreement, France therefore supported the organisation of a number of meetings between experts, who helped to identify the values of agro-pastoral heritage and the issues at stake in considering agro-pastoral landscapes. This provided the opportunity for a collective consideration of the issue in operational terms in the Mediterranean regional.

At the initiative of the French Government, a first thematic meeting of experts on the agro-pastoral cultural landscapes in the Mediterranean was organised from 20 to 22 September 2007 in Meyrueis, Lozère (France). The objective of this meeting was to create an international expert network, to identify and to characterise agro-pastoral heritage and to describe and analyse it promote its value without turning it into a museum piece. The meeting was attended by 44 participants, representing 9 countries of the Mediterranean basin, as well as UNESCO’s World Heritage Centre, ICOMOS, IUCN, the European Forum on Nature Conservation and Pastoralism (EFNCP), the French state and French regional, local and departmental authorities. This meeting enabled the creation of a network of international experts on agro-pastoralism.

Subsequently, a second expert meeting on pastoralism was held in Tirana (Albania), from 12 to 14 November 2009 on the theme “Mediterranean pastoralism: cultural and landscape heritage and sustainable development”, and was organised under the France-UNESCO Cooperation Agreement by the European University of Tirana, the Mountain Areas Development Agency (MADA) and the Mediterranean Agronomic Institute of Montpellier-International Centre for Advanced Mediterranean Agronomic Studies, with the support of UNESCO’s World Heritage Centre, the French Ministry of Ecology and the French Ministry of Culture.

This second meeting, which contributed to a collective effort of promotion and identification of the global and local heritage in the framework of the World Heritage Convention, enabled further discussion of the issues of establishing pastoralism heritage and its links with sustainable development. The meeting confirmed the value and interest in pastoralism as well as its relevance to the category “Evolving cultural landscape”. Approximately 40 experts participated in this meeting and presented comments on social, cultural, bio-zootechnical and agricultural aspects, as well as on territory management and urban planning policy issues. At the end of the meeting, participants adopted a recommendation identifying the principal priority areas. The proceedings of this second expert meeting were published by the CIHEAM (the International Centre for Advanced Mediterranean Agronomic Studies), in the “Options Méditerranéennes” collection, and are available on-line.

Following the Tirana meeting and taking forward the decision taken in Meyrueis, in 2009, a website specifically dedicated to pastoralism was created entitled Mediterranean Network – “Pastoralism and Society”. The aim of this website is to provide the expert network with an exchange platform and a common working tool. Launched by the CIHEAM-IamM with the support of the France-UNESCO Cooperation Agreement, this platform gathers researchers, operators and institutions linked to pastoralism for its recognition as cultural and landscape heritage in the sense of the 1972 World Heritage Convention. This network which mainly concerns the Mediterranean region (South West Europe, the Balkan Region, Maghreb and Near-East) aims to deepen the interactions between humans and nature and more specifically between the cultural and landscape heritage, the sustainable development of pastoral areas and pastoral economies in the Mediterranean region.

- continue the work begun at the international level to better document agro-pastoral cultural landscapes, with a view to encouraging nominations for inclusion on the World Heritage List of other properties which reflect distinct and exceptional cultural responses associated with different types of Mediterranean pastoralism.

By way of follow-up to the World Heritage Committee Decision and the further in-depth consideration of agro-pastoral landscapes, a third expert meeting was organised and was held from 1 to 5 October 2012 in Montpellier and at the World Heritage site of the Causses and Cevennes, in France.

Mediterranean Agronomic Studies/the Mediterranean Agronomic Institute of Montpellier (CIHEAM/IamM), and the UNESCO World Heritage Centre within the framework of the France-UNESCO Cooperation Agreement, under the auspices of the French Ministry of Ecology, the French Ministry of Culture and with the support of The Arab Regional Centre for World Heritage (ARC-WH). It took place in Montpellier at the CIHEAM and at the Causses and Cévennes site.

This third International Meeting on the cultural landscapes of agro-pastoralism was centred on the promotion of cultural landscapes of agro-pastoralism, the governance of the sites, the sharing of experience of preparing nominations on the World Heritage List and the development of exchanges with the countries of the Mediterranean basin. It enabled the experiences of the Causses and Cévennes to be capitalised, and the development of cooperative relationships with the Mediterranean countries with a view to the identification (by researchers and State Party representatives) of new agro-pastoral cultural landscapes and to start to consider the specific governance issues arising in relation to large-scale properties.

This week of meetings, which gathered around a hundred participants, mobilized several experts of the countries surrounding the Mediterranean and of the Arab States, representatives of Swedish and Dutch world heritage sites, a certain number of institutions such as the FAO, ICOMOS, ICCROM, IUCN, as well as institutions in charge of the management of the property, research institutes and network representatives (Association des biens français du patrimoine mondial and the Réseau des grands sites de France (RGSF)).

These meetings focused on three principal topics. A first seminar was held in Montpellier which presented on one hand the international norms and frameworks regarding heritage, and on the other hand, the French experience and the elaboration of a nomination. Then, three and a half days of fieldwork and exchanges took place on the territory of the Causses. To close this week, three public meetings were organised in three different towns to complete the exchanges on the field, enable to inform the residents and talk about the management-preservation-development of agro-pastoral heritage issues with the local actors. Each thematic meting enabled the presentation of an example on the international and another on the local scale.

This week of exchanges helped to promote the World Heritage Convention, the cultural landscapes in general on the local and international level, the local actors, residents, farmers, elected representatives, and stakeholders as well as the role of culture and heritage in the socio-economic development. This week was also an opportunity to share experiences at the local and international level regarding the protection and management challenges of traditional cultural landscapes and the identification of cultural agro-pastoral landscapes.

Finally, the week helped to create exchanges and networking between universities, to identify the needs and requirements in terms of training and management, to produce training tools, as well as to make an inventory of the World Heritage properties (inscribed on the World Heritage List and on the Tentative Lists) which relate to agricultural and pastoral practices.