Case Studies on the Conservation and Management of Historic Cities

Since 2008, the World Heritage Centre, within the framework of the France-UNESCO Cooperation Agreement, supported and participated in the initiative “Developing Historic Cities: Keys for Understanding and Taking Action. A compilation of case studies on the conservation and management of historic cities”. This project was jointly launched by the Organization of World Heritage Cities (OWHC), the City of Lyon (France), the Getty Conservation Institute, the Council of Europe, ICOMOS’s International committee on historic towns and villages (CIVVIH) the World Heritage Centre (in the framework of the France-UNESCO Cooperation Agreement and extrabudgetary funds from the Netherlands), and the French Ministry of Culture with the support of several World Heritage Cities and particularly French World Heritage Cities (Lyon, Bordeaux, Albi) and UrbaLyon the Lyon urban planning agency

Adopting a participatory approach based on the experiences of member cities of the OWHC, the project’s aims were to:

This project is part of the interest of different partners and their involvement on issues pertaining to the role of culture and urban development and on governance and urban management issues. This case study project also reflects the ongoing international dialogue, as much led by UNESCO (Recommendation on the Historic Urban Landscape) as by governments (national and local), and development banks that are increasingly becoming aware of the importance of heritage in urban development strategies. Historic centres, or protected areas in an urban context, generally represent less than 5% of a city’s area; however the demands regarding conservation and projects are significant and often poorly or minimally included in city planning tools or in modernisation and revitalisation projects, which are very sector based.

In 2010, a partnership with the UrbaLyon, the Lyon urban planning agency, was established, which enabled to develop methodological tools and a framework to analyse the collected data. This was very positive for the project.

The 40 case studies collected reflect a significant body of best practices in the area of urban heritage. The report and analysis are drawn from data provided by the contributing cities that responded to a questionnaire which was specifically developed for the study. The result of 4 years of work is compiled in 2 volumes, an analysis report and case studies. The 40 case studies are presented and summarised, standardised in 4-page fact sheets to enable a comparative analysis.

The first part of each summary presents qualitative and quantitative data on the city and the project. Schematic maps based on Google Earth identify the city’s boundaries as well as the limits of the World Heritage property and the perimeter of the project. Finally, the inscription criteria, the date and a brief description, which are provided by the World Heritage Centre, indicate the main characteristics of the property. The two central pages describe the challenges, processes, partners, tools (regulatory, institutional and technical), funding and progress of the project. The process of implementation and relationships between stakeholders are described and summarised in diagrams. One section presents the relationship between the project and the value of the property. In conclusion, the last page presents the results of the urban project and an analysis of the lessons learned and questions raised.

The purpose of this compilation of case studies is to encourage cities and World Heritage sites to share their practices and issues in a concrete way, as well as to reinforce the importance of taking heritage values into account as an initial step in urban development projects. The final publication, “Developing Historic Cities: Keys for Understanding and Taking Action. A compilation of case studies on the conservation and management of historic cities” was made available online in three languages (French, English, and Spanish) in 2012, and hard copies were later published by UNESCO’s World heritage Centre in the framework of the France-UNESCO Cooperation Agreement with the support of the French Ministry of Culture.

In order to continue the dynamic cooperation and exchange between cities, the City of Lyon organised with the France-UNESCO Cooperation Agreement an international meeting in May 2013 entitled “Changing Cities and Heritage Management: New Players? New Practices?” to share the lessons learned from the case studies and contribute to the debate on methods that favour interaction between heritage values, urban projects and public expectations. More than 250 participants from all the regions of the world attended this conference, which allowed cities and local authorities to express their views. The programme and proceedings of the meeting are available online. 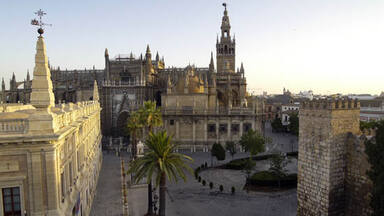 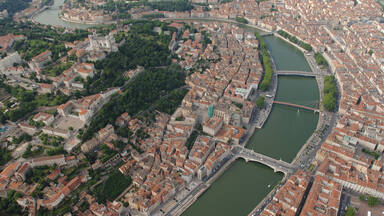 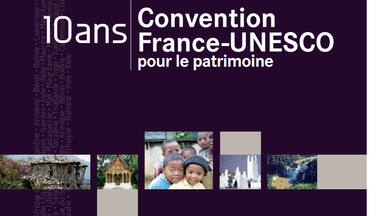 Booklet, 10th Anniversary of the France-UNESCO Cooperation Agreement
Call for case studies “Historic Cities in Development: Keys for Understanding and Action”. A Compilation of Case Studies on the Conservation and Management of Historic Cities. 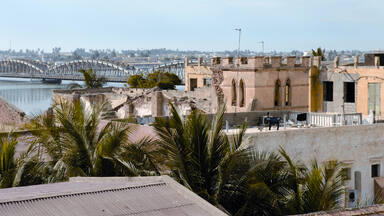 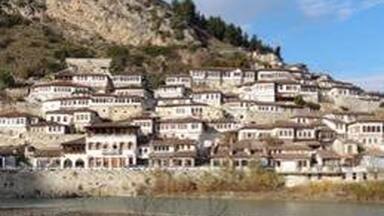 Technical assistance for the management of the Historic Centres of Berat and Gjirokastra, Albania
More ... 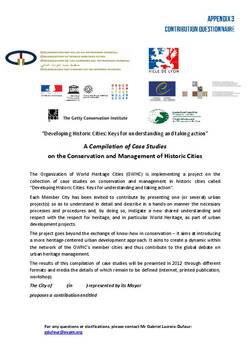 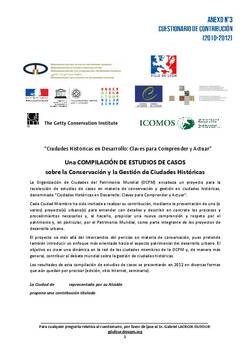 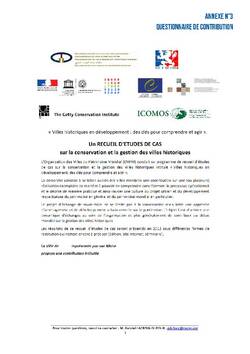 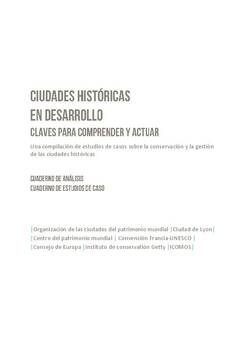 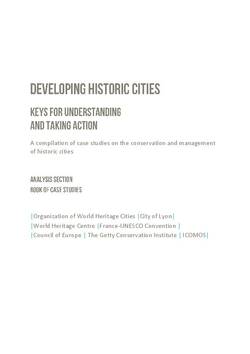 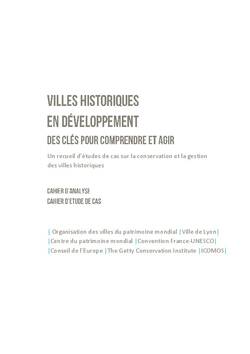