Factors affecting the property identified at the time of inscription:

In accordance with Paragraph 174 of the Operational Guidelines, on 30 September 2020, the World Heritage Centre sent a letter to the State Party of Mongolia, after several third parties expressed concerns over potential impacts on the Outstanding Universal Value (OUV) of the property from the Onon-Ulz dam construction in Mongolia, upstream of the property. According to the information sent to the World Heritage Centre, the dam project is under construction without an appropriate Environmental Impact Assessment (EIA) to determine its potential impacts on the property’s OUV.

On 6 November 2020, the State Party of Mongolia submitted information, which states that the aims of the dam project are as follows: stabilize and restore the Ulz river ecosystem and its biodiversity in the face of climate change; establish a reservoir to increase availability of surface water in rural areas; maintain the Khukh lake, including its ecological function as a significant stopover site for migratory birds; and secure benefits for the local community and economy.

On 12 January 2021, the World Heritage Centre sent a letter to the State Party of Mongolia, noting with concern that no detailed documentation of the dam project on Ulz River, including the relevant EIA, had been provided thus far, despite the fact that the construction of the dam has commenced, and requested a report on the state of conservation of the property for examination by the Committee, in addition to relevant EIAs and other supporting documents of the dam project. In the same letter, the World Heritage Centre requested the State Party of Mongolia not to proceed with the project until the EIA has been reviewed by IUCN. At the time of writing the present report, the EIA is yet to be provided.

On 28 February 2021, the State Party of Mongolia submitted a state of conservation report, which is available at https://whc.unesco.org/en/list/1448/documents/. It responds to Decision 41 COM 8B.6 and provides a short description of the dam project as follows:

The commencement of the construction of the Onon-Ulz dam on the upstream segment of the Ulz River in the absence of a detailed assessment of its impact on the OUV of the property is of utmost concern. The Ulz River is one of the main rivers flowing through the property and is the principal water source for the Torey Lakes within the Russian component of the property, whose biodiversity depends on the natural cyclical flow regimes and large variations in water levels. The diverse habitats within the property, including lakes and wetlands, characterize the OUV and serve as vital habitats for rare and threatened species. While taking note of the State Party of Mongolia’s stated intention for the dam to increase water flow of the Ulz River, it is regrettable that it has not provided a copy of an EIA to the World Heritage Centre, despite the provisions of Paragraph 172 of the Operational Guidelines, and that there is no confirmation that potential impacts on the OUV of the property were adequately assessed. It is therefore recommended that the Committee urgently request the State Party of Mongolia to halt any further activities until the EIA has been submitted to the World Heritage Centre and reviewed by IUCN.

The continued coordination between the States Parties of Mongolia and the Russian Federation under the DIPA framework for transboundary management issues relating to the wider steppe ecosystem in which the property is located is to be welcomed. Coordination between the States Parties for the management of the property nevertheless should be further strengthened. It is also recommended that the States Parties be encouraged to build on existing cooperation by exploring the opportunity to extend the property, possibly also jointly with the State Party of China, in order to enhance the property’s integrity by including additional areas of forest steppe and critical habitats, notably for migratory birds and the Mongolian gazelle.

It is noted that the management plans for the two components in Mongolia are being revised. Recalling that the Committee had previously identified the need to further increase the resourcing and capacity for management, especially on the Mongolian side, the State Party should be encouraged to continue strengthening its resources and capacities for the implementation of the updated management plans once they are completed and to ensure coordination with the Russian Federation at the operational level. 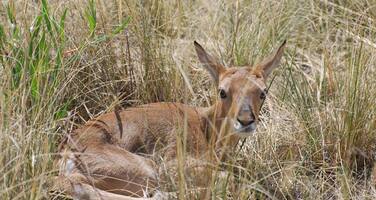