On 15 March 2019, the State Party submitted documentation on the improvement of the section of the RN003 road that crosses through the Park, including a review of an alternative route outside the Park, as well as the Terms of Reference of an Environmental and Heritage Impact Assessment (EIAs and HIAs) of the upgrading of the existing road. Subsequently, on 30 March 2020, the State Party submitted a state of conservation report, which is available at http://whc.unesco.org/en/list/180/documents/ and responds to Decision 42 COM 7B.39 as follows:

On 12 April 2020, a fire broke out at the Church of the Milot. An emergency mission implemented by ISPAN visited the property the next day and a report was submitted to the World Heritage Centre. The Heritage Emergency Fund of UNESCO financed the production of key architectural documentation of the Milot Church prior to the fire, including raw pictures and 3D model screenshots, to help the national authorities to analyze the extent of the damage and to inform and guide the future rehabilitation process.

The report of the ISPAN emergency mission to the Church of the Milot provides a rapid assessment of the damage and of the immediate and urgent measures to be undertaken to secure the surviving structures of the church. It is recommended that the Committee request the State Party to submit updated documentation on the implementation of the measures included in the report and on whether tests have been carried out to verify the structural stability of the surviving structures, particularly of the upper parts of the perimeter walls and of the pediment of the façade, which appears blackened and might have suffered from mechanical stress due to the high temperature.

Following persistent requests by the Committee over the years, it is noted that arrangements are being made for the definition of the buffer zone and the finalization of the conservation and management plans, though these appear to have been delayed by the Covid-19 pandemic. It is recommended that the Committee request the State Party to provide these documents to the World Heritage Centre for review by the Advisory Bodies as soon as they become available.

The urgent need for improved management instruments becomes even more evident in the light of the proposed upgrading of the secondary road from the RN003 road to the Choiseul parking area. This could open a new access to the Citadel that would have an impact on tourist flows and related infrastructure. It is recommended that the Committee urge the State Party not to undertake any works on this road until detailed documentation, including an analysis of its potential impact on the OUV of the property, has been submitted to the World Heritage Centre and reviewed by the Advisory Bodies.

The deviation of the RN003 road to outside the Park has also been the subject of concern by the Committee since its 34th session in 2010, when, in its Decision 34 COM 7B.110, it requested the State Party “to halt the construction of Route RN003 within the limits of the property pending the development of other alternatives to be evaluated, in accordance with Paragraph 172 of the Operational Guidelines”. The State Party has still not complied with this request, nor with other decisions adopted by the Committee or with the recommendations of past missions and technical reviews.

The 2013 joint World Heritage Centre/ICOMOS mission recommended that the State Party explore three alternative routes outside the Park and keep the “Park Road” as a strictly local road.

ICOMOS undertook technical reviews of the Terms of Reference for studies of the route crossing the park in October 2012, March 2018 and August 2019, the latter two of which reiterated the 2013 mission’s recommendations. ICOMOS also noted that the studies that would be required for an objective analysis and comparison of these alternatives had not been submitted to the World Heritage Centre, only an incomplete and superficial study of one alternative.

The Committee, in its decision 42 COM 7B.39, again expressed its deep concern that the matter of the RN003 road had not been resolved satisfactorily and requested the State Party to confirm that the future route of the RN003 road would not pass through the property. It is regrettable that this assurance has not been given and instead the State Party indicates that the upgrading of the existing road through the Park, albeit in the form of a “Park Road”, is the only viable solution. It appears that the State Party’s proposal to upgrade the existing route through the Park is a decision mainly based on economic and technical considerations rather than on its potential impact on the OUV of the property, as illustrated in the 2013 mission report.

It is regrettable that the Advisory mission that was planned for March 2020 to focus on the upgrading/deviation of the RN003 road had to be cancelled due to the Covid-19 pandemic.

However, consultations online with representatives of the State Party, the Delegation of the European Union to Haiti and the World Heritage Centre took place in January 2021. After that, ICOMOS undertook a technical review of the impact assessment studies of the project of the RN003 route crossing the Park that were submitted in March 2021. Noting the high quality of the studies, ICOMOS underlined their conclusions that the construction of the route would have a significantly adverse impact on the OUV of the World Heritage property.

The study places particular emphasis on the specificity of this property, a large and complex site which integrates landmark monuments, natural and cultural resources, and which is a territory of memory, but also a territory of life and agricultural production, all of these dimensions being closely dependent on each other in the definition of the property's OUV and its exposure to the impacts of any project developing within its perimeter. The potential impacts resulting from this project include, but are not limited to, the following:

Proposed mitigation measures are presented in a separate document. These include the preservation and restoration of the landscape, safeguarding socio-cultural relations, and the installation of devices to control speed limits and protect inhabitants. These measures are immediately linked to the upgrading of the road, but have not been integrated into the technical project documentation. Furthermore, implementation of these measures would first require the undertaking of extremely meticulous and detailed studies. But perhaps more significantly, it is by no means clear that they could mitigate the negative impacts that have been identified.

Further proposed mitigation measures relate to the control of urban sprawl, including reforestation, promotion of sustainable tourism and preservation of traditional agriculture. These come under existing regulatory and management mechanisms and it is not clear that these would be strong enough to stop adverse impacts as they rely on mechanisms not yet in place, despite repeated requests for improvements to these mechanisms from the Committee since 2010.

Finally, in order to mitigate impacts relating to traffic, it is suggested that the road be kept as a scenic route, reserved mainly for local and tourist traffic. This is in total contradiction with the purpose of the project, which intends to create an alternative axis to connect two main centres of the country.

In summary, it is considered that the proposed mitigation measures cannot be seen to mitigate the adverse impacts arising from the rehabilitation of the RN003 road that have been reflected in decisions of the World Heritage Committee since 2010 and confirmed in the recent EIA and HIA studies that the rehabilitation of the RN003 road and would pose an imminent danger to the OUV of the property.

Consequently, in view of the potential danger to the property's OUV, it is therefore recommended that the Committee request the State Party to take urgent action for the implementation of the recommendations of past Committee Decisions, by identifying an alternative solution that deviates the road outside of the boundaries of the park and by not taking any decision on the upgrading of the RN003 road or undertaking any physical works on the section of the RN003 road within the limits of the property, until all alternative solutions have been duly studied and a mission has been undertaken as soon as circumstances allow. It is further recommended that in the absence of significant progress in the implementation of these recommendations, the Committee consider the possible inscription of the property on the List of World Heritage in Danger at its next session in 2022, in accordance with Paragraph 179 of the Operational Guidelines. 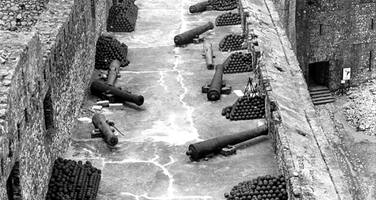