From 7 to 11 September 2015, Ninh Binh Provincial People’s Committee hosted an international workshop on the revised management plan of the property, which was attended by representatives from ICOMOS and IUCN. On 1 December 2015, the State Party submitted a state of conservation report, which is available at https://whc.unesco.org/en/list/1438/documents/ and reports on the following:

The progress made by the State Party in addressing the concerns raised by the Committee regarding the boundaries of the property is welcomed.

The revised Management Plan notes that overcrowding on some days is already a concern, yet it projects an increase from one million visits to two million by 2020. The Trang An Management Board (TAMB) expresses confidence that it can manage a cited peak of around 25,000 visits without undesirable environmental and social impacts, but the property is already experiencing this level of visitation so if visits do double by 2020 then 50,000 visits in a single day is possible. While the plan prescribes surveys to identify impacts of overcrowding and imposes controls “as required”, it does not identify potential problems and also does not elaborate a strategy to prevent overcrowding. It is therefore recommended that the Committee request the State Party to ensure measures are in place to limit overcrowding and its impacts, such as a clearly justified maximum daily quota on visitor numbers, and an assessment of the facilities required to adequately service the anticipated increase in visitation.

Following the September 2015 workshop, IUCN noted with concern that the draft Plan proposed to encourage rock-climbing, which would result in an increased risk of impacts on the OUV of the property. The Plan submitted by the State Party in December 2015 notes, on page 77, that climbing is considered inappropriate in the property but, on page 48, it states that the main festival held at Tran temple every year ends with mountain climbing. It is therefore recommended that the Committee express its concern over the potential impacts of rock and/or mountain climbing on the OUV of the property, and that it request the State Party to place a ban on climbing in sensitive areas and to prepare a detailed Plan. This Plan shall clearly define the additional recreational activities which are to be encouraged, where they will be permitted, what facilities will be provided; and it shall also identify the potential impacts on OUV and how these will be addressed.

In addition, it is noted with concern that the Management Plan refers to a new urban university area in Bai Dinh, which would result in a population growth of 20,000 people in the buffer zone by 2030. It is recommended that Committee request the State Party to provide further information on these plans , and to undertake a Strategic Environmental Assessment  for development of the buffer zone, taking into account potential impacts on the OUV of the property in line with IUCN’s World Heritage Advice Note on Environmental Assessment and to carry out Heritage Impact Assessments (HIAs) in conformity with the ICOMOS Guidelines on HIAs for Cultural World Heritage properties for the proposed projects, prior to allowing any such development to take place.

As the Plan notes that archaeological sites will become better-known among the public, and as tourist numbers increase, the management of these sites will become of greater concern. Therefore, the Management Plan should be further revised to include detailed information on which specific actions will be conducted, in terms of staff training, and long-term planning, and much more detail needs to be included as to how the archaeological heritage is to be catalogued, condition-surveyed, monitored and protected through conservation measures, including the method by which the Management Board legally acquires, archives and stores archaeological artefacts, in order to ensure their adequate conservation.

Statements of Outstanding Universal Value of properties inscribed at the 38th (Doha, 2014) and 39th (Bonn, 2015) sessions and not adopted by the World Heritage Committee 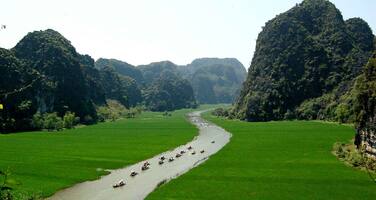