State of Conservation Palace of Westminster and ... 2015
Print

On 26 January 2015, the State Party submitted a state of conservation report, which is available at https://whc.unesco.org/en/list/426/documents/.

Following the Committee’s request, the State Party reported on the amendments to the National Planning Practice Guidance (NPPG) made in the last year.  Other measures that the State Party has undertaken to improve the protection of the property include instruments such as:

The State Party further reported that the Nine Elms Regeneration Development Market Towers, Vauxhall Cross and Vauxhall Island Site developments have been approved, and that it is not possible for the State Party to prevent the implementation of permissions that were granted. In addition, it confirmed that the first tower at Vauxhall has been completed. The State Party has noted English Heritage’s advice that the impact of that development on the setting of the World Heritage site on the Outstanding Universal Value (OUV) of the property is harmful, mainly on views from Westminster Bridge looking west – views that were already affected since 1963 by the Millbank Tower. The State Party further reported that other construction phases for the Nine Elms Regeneration Development Market Towers were scheduled for early 2015..

The State Party finally recalled that, even if English Heritage had strong objections to the Elizabeth House development scheme – mainly that it will cause substantial and unacceptable harm to the OUV, setting and views from the World Heritage Site – Lambeth’s planning committee decided to grant planning permission to the project in December 2014. In March 2015 the Department for Communities and Local Government (DCLG) confirmed that permission had been granted and the project will therefore be implemented.

It is noted that the State Party has not taken any steps to intervene and review the development projects of Nine Elms Regeneration Development Market Towers, Vauxhall Cross and Vauxhall Island Site, which are in an advanced construction phase and, according to English Heritage’s advice, will harmfully impact on the OUV of the property. This impact shall be particularly noticeable in views from Westminster Bridge looking west where, together with the already existing Millbank Tower (118m tall), the new developments contribute to a jagged sense of enclosure to this important view.

It is also noted that permission has been granted for the Elizabeth House development scheme, which will have a substantial adverse impact on the important views to and from the World Heritage property.

Although the regulatory documents and frameworks seem to be reinforced, and although the authorities continue to develop a set of planning guidance documents which are supposed to improve procedures linked to the obligation arising from Paragraph 172 of the Operational Guidelines, there is little evidence to show that these are having an impact in protecting the property and its setting in relation to the dynamic urban development of the metropolitan area of London where the property is located.

At the Palace of Westminster, it is stated that major conservation works and repairs are being planned, in particular in relation to its interior services. It is recommended that the State Party submit details for these projects as soon as they are available based on the outcomes of a Heritage Impact Assessment (HIA).

New planning applications included in the report will also need to be evaluated by the Advisory Bodies, such as the construction of an access tower to the Triforium in Westminster Abbey, where the creation of a new museum and exhibition space is foreseen for 2018.

The State Party did not report on the progress of the revision of the Management Plan for the property.

Considering the apparent lack of an urban planning framework for the property and its setting, with the result that every new development has to be dealt with on an individual basis, that developments are being approved against the advice of English Heritage, and that  the cumulative impact of recent and proposed development is beginning to impact adversely on important views to and from the property, its OUV and integrity, it is therefore recommended that the Committee request the State Party to invite a joint ICOMOS/ICCROM Reactive Monitoring mission by November 2015. 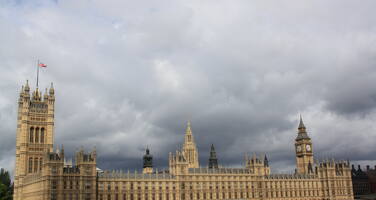