On 10 February 2014 the State Party submitted a state of conservation report, available at https://whc.unesco.org/en/list/593/documents:

The report states that protection of the property has been improved by:

The Conservation Office of Sangiran Early Man Site (BPSMP), established in 2007, is now appropriately funded within the Ministry of Education and Culture and manages the site effectively.

The new National Law on Cultural Heritage (11/2010) establishes Integrated Management Bureaus to facilitate coordinated management. The need for improvement is recognised, especially with regards to conservation and tourist issues, and establishment of a Bureau for Sangiran is in preparation.

b) Involving residents as stakeholders

The report acknowledges that this requires strengthening and new programmes include local community involvement in conservation, education programmes for training local craftsmen, compensation schemes for discovery of fossils and provision of local employment. However, there is no mention of involving communities in decision-making, the land purchase scheme, or assistance to local farmers, all of which was recommended in the 2008 mission report.

This problem is now much reduced. New technical guidance (2013) was implemented by the Conservation Office which undertakes awareness-raising programmes for the community, monitoring of the property twice monthly, and coordination with local government to deal with breaches by legal means. However, the identification of alternative sites for mining outside the property is not mentioned, though the establishment of a new industrial area outside the property was described in the 2009 report.

The only recent developments, museum buildings, were all preceded by archaeological evaluation monitored by BPSMP archaeologists. No plans of these buildings are given. The 2008 mission report‘s concerns about the inadequate site interpretation may be rectified by these new museums.

A letter accompanying the report refers to a new property map thus responding to the issue of inadequate cartography, which was one of the points raised in the 2008 mission report.

The State Party has made achievements in strengthening control over development and legislation to alleviate the problem of uncoordinated decision-making in development, tourist and conservation issues. However, the proposed Sragen Bureau, in its early stages of development, should be established soon at an appropriate level to ensure integrated decision-making and adherence to these decisions. Conservation and Tourism Plans, recommended in the 2008 mission report, should be produced or endorsed by the Sragen Bureau to direct coordinated actions in these areas.

The State Party undertook a number of efforts to address spatial planning, now subject to environmental impact assessment regulation in both the Sragen and Karanganyar Regencies. However, no specific reference to the regulation at Karanganyar is given.

With regards to community involvement in the conservation and management of the property, strategies for increasing economic benefit through artistic production, employment and education are still at an early stage of planning, and should be implemented as soon as possible. The State Party should improve the involvement of communities in decision-making, as recommended in the 2008 mission report.

However, the measures taken for restricting illegal sand mining and fossil trafficking and the continuing monitoring of the property by properly qualified staff should be welcomed, though the longer term identification of alternative sources of sand seems not to have been addressed.

The development of museum buildings within the property to enhance interpretation, however, gives rise to some concerns over appropriateness of building design. The integrated management system overseen by the new Bureau should enhance consensual decision-making and the regulations requiring environmental or heritage impact assessments should aid decision-making on building design. It is assumed that the new museums will enhance dramatically the interpretation of the site.

3.  Notes the progress of the State Party in strengthening legislative protection and development control measures for the property through the environmental impact assessment regulations now in place for the Sragen Regency, and seeks assurance that these measures have been adopted throughout the property;

4.  Urges the State Party to establish the Integrated Management Bureau for the property to enhance coordinated management and to draw up comprehensive plans for conservation and tourism management of the property;

5.  Also notes the strategies for involving residents as stakeholders within the property and also urges the State Party to implement the remaining recommendations of the 2008 mission report as soon as possible;

6.  Further notes the policies and actions adopted to prevent illegal sand mining at the property, and the measures taken to improve cartography and interpretation of the property;

7.  Requests the State Party to submit to the World Heritage Centre, by 1 February 2016, a progress report, including a 1-page executive summary, on the progress in the implementation of the above, for examination by the World Heritage Committee at its 40th session in 2016. 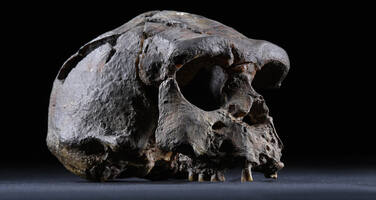