This site, placed on the World Heritage List in December 1982 under criteria (i), (ii) and (iii), has been receiving constant attention from the Libyan authorities. Since 1987 it has been seriously threatened by climatic conditions resulting in flooding from the Lebda wadi.

In 1988 a Secretariat mission revealed that overflow from the wadi had affected most of the important monuments on the site and, in particular, the thermae, the nymphaeum, the new forum, the basilica, the colonnaded way (the lower part having completely given way), the old forum and the old port. The pumping equipment needed at the time for initial emergency operations was provided with help from the World Heritage Fund (dumpers, US $18,000).

In November 1989 the Secretariat was informed that the sand had been cleared away from the monuments and the streets. However, standing water still remained in the thermae damaging the mosaics and, because of its salinity, eating into the mortar used for the jointing of the stones. Emergency assistance of US $8,000 was therefore granted for the purchase of a generator-operated electric pump. However, it is certain that if preventive measures were not taken, Leptis Magna would continue to be threatened by periodic flooding from the Lebda wadi.

It is to be noted that teams of archaeologists from several countries have shown an interest and a desire to contribute to the development of the site once it has been permanently protected from flooding from the Lebda wadi.

In co-operation with the Libyan authorities and in association with the Division of Ecological Sciences, it has been decided to work out a scheme for the protection of the site. Financing is expected to be covered either by the Libyan authorities or by extra-budgetary sources, both for the restoration of the site and for the protective work proper.

Recent funding from the World Heritage Fund (US $17,500) will be used to dispatch a multidisciplinary mission (archaeologist, hydrologist and hydraulic engineer), planned for October 1990. This mission will be responsible for making a technical study of the water works and other measures required to deal with flooding from the Lebda wadi and from two other neighbouring wadis.

The mission also has the task of proposing possible improvements to the existing means of protection.

19. The Committee congratulated the Secretariat on the quality of its report on the monitoring of the state of conservation of world heritage cultural properties. It noted the various situations brought to its attention and was particularly pleased to see that the Director General of Unesco had informed Egyptian authorities of the concerns expressed by the Bureau at its fourteenth session in June 1990 regarding planned construction work in the pyramid fields from Giza to Dahshur, Egypt. In this connection, the Committee confirmed that it wished to examine, in due time, the master plan being developed for this protected area as a whole.

20. With reference to the archaeological site of Leptis Magna (Libyan Arab Jamahiriya), a member of the Committee noted that flooding of the Wadi Lebda, which sporadically affects the monuments of ancient Leptis, was a known phenomenon. Reports on this phenomenon by Italian specialists, especially the Centro Nazionale per le Ricerche (CNR) in Rome, should be consulted. In this regard, it would be advisable to contact Professor Antonino Di Vita, Director of the Italian School of Athens, a leading specialist on the Leptis site and its problems.

21. The Committee accepted the Secretariat's proposals concerning the continuation of the monitoring system. The mailing of a third series of questionnaires was thus postponed, and the Committee decided that the questionnaires already received would be analyzed. A sample of the worksheets prepared on the basis of the analysis will be submitted to the Bureau at its fifteenth session. The Committee also noted with satisfaction the Secretariat's initiative in starting a programme for the systematic diagnosis of World Heritage cultural sites. Because a UNDP project is already under way in Latin America and the Caribbean, the experiment will be launched in this region.

22. With reference to this same region, a Committee member reported that the UNDP-Unesco Project Coordinator will organize practical training in monitoring in 1991. This is an excellent initiative to be cited as an example, especially for ICCROM, which could plan similar training in the coming years.

23. The Committee carefully examined the document produced by ICOMOS as a contribution to the monitoring of world heritage cultural properties. The Committee focused primarily on the Monastery of the Hieronymites and the Tower of Belem, a world heritage site where the construction of a building had begun in the area protected under the Convention. The Secretariat informed the Committee that, having been alerted by various sources, it had immediately brought this matter to the attention of the Portuguese authorities. Deeply concerned about the situation described, the Committee sent a cable to the Portuguese authorities, expressing its fear that the project in question would cause irreparable damage to the world heritage value of the site and offering to organize an expert mission to evaluate the impact of the project.

24. Particularly concerned about the proliferation of such projects, the Committee deemed it advisable to include a paragraph on this topic in the Operational Guidelines encouraging States Parties to increase their vigilance. The following wording was thus adopted for inclusion in the Operational Guidelines: "The World Heritage Committee invites the States Parties to the Convention concerning the Protection of the World Cultural and Natural Heritage to inform the Committee, through the Unesco Secretariat, of their intention to undertake or to authorize in an area protected under the Convention major restorations or new constructions which may affect the World Heritage value of the property. Notice should be given as soon as possible (for instance, before drafting basic documents for specific projects) and before making any decisions that would be difficult to reverse, so that the Committee may assist in seeking appropriate solutions to ensure that the world heritage value of the site is fully preserved." 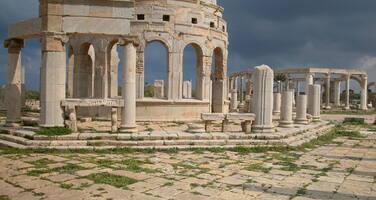