State of Conservation Natural and ... 1979
Print

Factors affecting the property in 1979*

International Assistance: requests for the property until 1979

Missions to the property until 1979**

Conservation issues presented to the World Heritage Committee in 1979

1.  The Yugoslav authorities have proposed the inscription of the Kotor natural, cultural and historical region on the World Heritage List and on the List of World Heritage in Danger and have requested the Secretariat to submit their proposal to the Bureau at its third session for its consideration.

2.  The nomination of Kotor to the World Heritage List has been translated and reproduced and is submitted to the Bureau. The Secretariat has transmitted this nomination to ICOMOS for evaluation.

3.  With respect to the proposal tc inscribe Kotor on the List of World Heritage in Danger, the Yugoslav authorities communicated a dossier to the Secretariat at the beginning of 0ctober 1979, which describes the damage caused to Kotor by the earthquake which struck the whole Montenegro region in April 1979 and provides details on the work that is necessary. This dossier has been transmitted to ICOMOS for comments and is submitted to the Bureau for its consideration (since the dossier was received very late it has not been possible to translate it).

4  It is recalled that Article 11(4) of the Convention stipules that the Committee shall establish, keep up to date and publish, whenever circumstances shall so require, under the title of '"List of World 'Heritage in Danger", a list of the property appearing in the World Heritage List for the conservation of which major operations are necessary and for which assistance has been requested under this Convention. The Secretariat informed the Yugoslav authorities that, according to the terms of the Convention, a technical co-operation request was a pre-requisite for the inclusion of Kotor on the List of World Heritage in Danger. To date, no request for assistance under the Convention for the site of Kotor has been received from the Yugoslav authorities.

Decisions adopted by the Committee in 1979

The Bureau decided that the technical cooperation request should be examined after the Committee had taken decisions on the above mentioned matters.

The Committee decided to enter in the World Heritage List the following 45 properties:

The Committee noted the reservation expressed by ICOMOS concerning the threat to the site from rapid urban development.

The Committee decided to enter Auschwitz concentration camp on the List as a unique site and to restrict the inscription of other sites of a similar nature.

The Committee learned of a tourism development project in the park and expressed the hope that the planned construction would not jeopardize the cultural and natural value of the site.

80 Mont St-Michel and its Bay / France

83 Palace and Park of Versailles / France

The Committee took note of the ICOMOS proposal that a safeguarding plan for the environment of the pyramids should be drawn up.

87 Ancient Thebes with its Necropolis / Egypt

88 The Nubian monuments from Abu Simbel to Philae / Egypt

Note was taken of the concern expressed by ICOMOS at the problems involved in safeguarding this site.

97 Historical complex of Split with the Palace of Diocletian / Yugoslavia

99 Lake Ohrid (that part which lies in Yugoslavia) / Yugoslavia

The Committee decided to inscribe this site on the List in view of the assurances received concerning the integrity of the Lake as a whole.

Following the recommendation of the Bureau, the Committee decided to enter this site in the List of World Heritage in Danger as requested by the State Part concerned.

Note was taken of the request from Yugoslavia for emergency assistance, in the form of equipment and consultant services, for the Natural and Culturo-historical region of Kotor. However, the Committee felt that further information should be made available on the equipment required and decided to grant in the first instance $20,000 for consultant services. 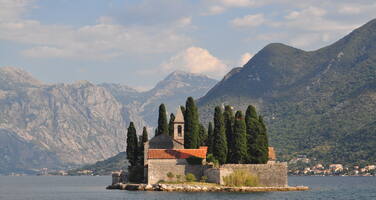