State of Conservation Lines and Geoglyphs of ... 2005
Print

In the course of 2004, the World Heritage Centre received many messages of concerned individuals and organizations related to the deterioration of the Lines and Geoglyphs of Nazca and Pampas de Jumana.  Upon request of the World Heritage Centre, the National Institute for Culture of the Peruvian Government (INC) submitted a state of conservation report on the property.

The report explained that the reports concerning the state of conservation of the property made by several national media were not accurate.  The INC comments that the damages caused to the geoglyphs by car tracks were made some 20 years ago, and that no new tracks have appeared on the property recently.  However, the report also informed that some damages are caused by the continued use of these old tracks.

The report included a brief description of the actions taken by the Peruvian Government and the Multisectorial Commission for the Formulations of Proposals and Actions Related to Peruvian Properties Inscribed on UNESCO's World Heritage List (D.S.  No.  037-2004-RE).  Some activities scheduled for this year include the reinforcement in the protection and security of the Nazca Pampas by the police and INC guards.  It also includes an evaluation of the projects for new roads proposed near the area by the Ministry of Transport and Communications, as well as the planning for the establishment of monitoring units at five critical points on the property, and the acquirement of vehicles and communication equipment.  The report did not attach precise information on the development of the monitoring plan or the specific places considered as critical.

ICOMOS had also received many messages of concern about the state of conservation of the property and commented that the essential problem concerned a lack of control and monitoring along the Pan-American Highway, which crosses the property.  This lack of control leads almost inevitably to visitors deviating from the road into the desert, in particular drivers of Sports Utility Vehicles (SUV's).  Improved control and monitoring of the property are urgently called for.

Lines and Geoglyphs of Nazca and Pampas de Jumana (Peru)

2. Taking note of the information provided by the State Party of Peru,

3. Requests the State Party to take the appropriate measures to halt the uncontrolled use of, and resulting damages to, the protected area, including continued vehicular traffic through the geoglyphs and dumping of solid waste;

4. Also requests the State Party to submit to the World Heritage Centre by 1 February 2006 a detailed report on the systematic monitoring measures and activities implemented by the Multisectorial Commission, for examination by the Committee at its 30th session (Vilnius, 2006).

3.              Requests the States Party to take the appropriate measures to halt the uncontrolled use of, and resulting damages to, the protected area, including continued vehicular traffic through the geoglyphs and dumping of solid waste;

4.              Further requests the States Party to present a detailed report to the World Heritage Centre on the systematic monitoring measures and activities implemented by the Multisectorial Commission, by 1 February 2006, for examination by the World Heritage Committee at its 30th session in 2006. 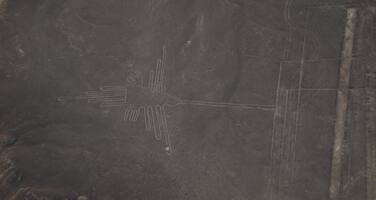