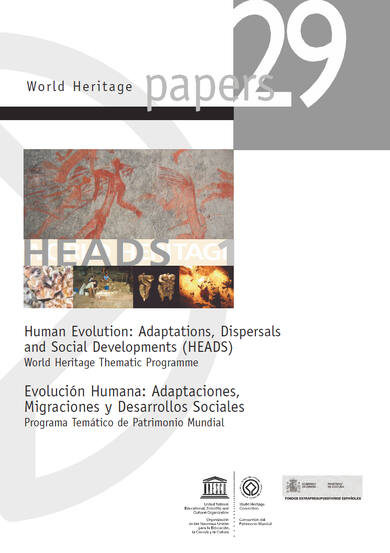 As a global phenomenon, the related properties are not geographically exclusive. These vulnerable sites require an inclusive and comprehensive approach in terms of their study and conservation. The nature of the properties necessitates a strong cooperation between the fields of both science and culture to inform a deeper understanding of our cultural origins. This precious knowledge rests at the core of understanding human lineage and the origins of our cultural diversity, as well as its continuity today.

This publication offers an overview of the developments of the HEADS Programme since its inception in 2008, substantiated by scientific contributions from experts in the related fields of study: human evolution and sites related to early human origins, early archaeological sites and the beginning of cultural diversity, and rock art.

Prehistoric Properties and the World Heritage Convention
Manama Bahrain, 10 to 14 May 2009

Early origins of agriculture and World Heritage: the role of Asia
Ofer Bar-Yosef