Over the last decade, scientists have discovered that seagrass meadows, tidal marshes, and mangroves, known as “blue carbon” ecosystems, are among the most intensive 'carbon sinks', meaning a natural environment which can absorb carbon dioxide in the biosphere. They help mitigate climate change by sequestering and storing significant amounts of carbon from the atmosphere and ocean. 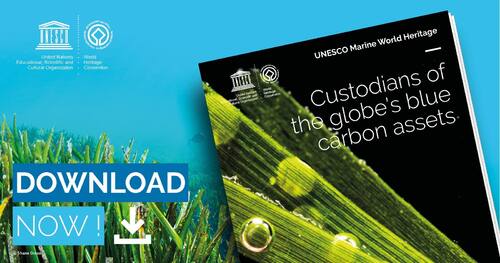 They include the Sundarbans mangroves (India and Bangladesh), part of the largest mangrove forest in the world; the Everglades National Park (USA) and Shark Bay, Western Australia, with the world’s largest documented seagrass meadows; the Great Barrier Reef (Australia), with the largest seagrass ecosystem in the world; and the Wadden Sea (Denmark, Germany, the Netherlands), which includes some of the world’s largest tidal flats. Marine World Heritage sites also host one of the oldest and largest living organisms on the planet, the seagrass meadows of Ibiza, Biodiversity and Culture (Spain).

This unique collection of marine ecosystems faces a wide range of challenges, from pollution, including plastic litter, to climate change. By quantifying the carbon value of these sites and recommending specific blue carbon strategies to conserve them, UNESCO’s research findings point the way for countries, regions, and local communities seeking to conserve these areas and pursue blue carbon strategies.

The assessment was developed with data from World Heritage site managers, data published in scientific literature and The Global Carbon Project’s Global Carbon Atlas. It received support from King Abdullah University of Science and Technology (Saudi Arabia), the French Biodiversity Agency and the Principality of Monaco. 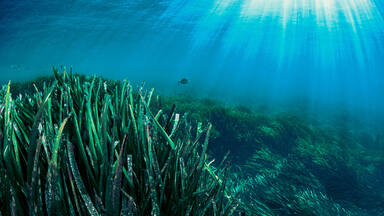 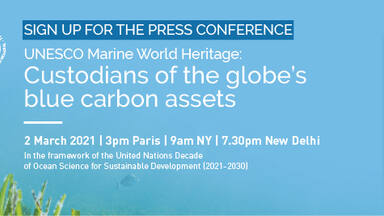