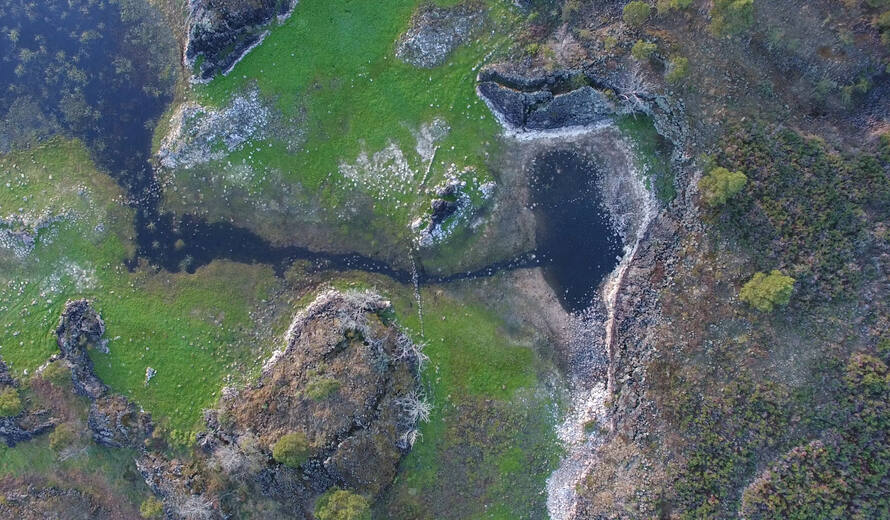 This year’s theme for World Wetlands Day ‘Wetlands and Water,’ highlights the importance of wetlands as a source of freshwater and encourages action to restore them and stop their loss.

The UNESCO World Heritage Convention works continuously with other entities to protect the most important wetland systems in the world. Wetlands are currently protected under different designations, including the Ramsar Convention on wetlands, the UNESCO Man and Biosphere Programme and others, and some of these overlap. According to the World Heritage Review on Wetlands, more than 130 Ramsar sites are wholly or partially inscribed in 90 World Heritage sites, and all of these places have exceptional properties.

Situated in south-east Siberia, the 3.15-million-ha Lake Baikal is the oldest (25 million years) and deepest (1,700 m) lake in the world. It contains 20% of the world's total unfrozen freshwater reserve. Known as the 'Galapagos of Russia', its age and isolation have produced one of the world's richest and most unusual freshwater faunas, which is of exceptional value to evolutionary science.

The Okavango Delta (Botswana) illustrates how the UNESCO World Heritage Convention and Ramsar can be powerful tools for international cooperation over shared heritage resources. The Okavango Delta brings life to people and wildlife in the Kalahari Desert. Its water comes from catchments far away in the mountains of Angola, crossing Namibia, an example of the need for a transboundary approach to conservation.

In 2019, the States Parties of Angola, Botswana and Namibia agreed on a roadmap to explore the boundary extension of the Okavango Delta World Heritage site to protect the river basin and the unique wetland system (a project funded by UNESCO/Flanders Funds-in-Trust cooperation of the Government of Flanders, Belgium). The Delta is home to some of the world’s most endangered species of large mammal, such as the cheetah, white rhinoceros, black rhinoceros, African wild dog and lion.

The role of local and indigenous communities is also vital in protecting World Heritage wetlands. Budj Bim Cultural Landscape in Australia, inscribed at the 43rd session of the World Heritage Committee represents elements of traditional water management by the Gunditjmara Aboriginal people and a unique food-producing waterscape formed by the lava flows containing one of the world’s most extensive and oldest aquaculture systems.

While the UNESCO World Heritage Convention, through its one-of-a-kind international mandate involving multiple entities, local and indigenous communities is doing its best to protect wetlands belonging to all of humanity, we are facing a growing freshwater crisis that threatens people and our planet. We are using more freshwater than nature can replace, and are destroying the ecosystem that water and life depend on. Water and wetlands are connected in an inseparable co-existence that is vital to life, our wellbeing and the health of our planet. Because there is no ‘planet B’, we will continue our work to protect our irreplaceable World Heritage wetlands for current and future generations to come.