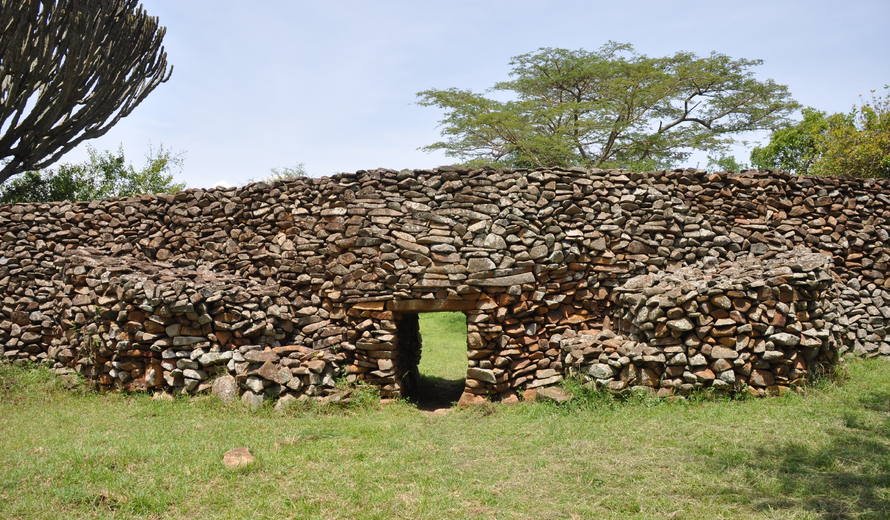 Entrance at Kochieng enclosure and buttresses at either side for stability, Thimlich Ohinga Archaeological Site, Kenya. © National Museums of Kenya / Ephraim Mwangi

The World Heritage Committee, meeting in Manama since 24 June under the chair of Shaikha Haya Bint Rashed al-Khalifa of Bahrain, inscribed three cultural sites on the World Heritage List this afternoon. The inscription of sites will continue through 1 July.

Thimlich Ohinga archeological site (Kenya) – Situated north-west of the town of Migori, in the Lake Victoria region, this dry-stone walled settlement was probably built in the 16th century CE. The Ohinga (i.e. settlement) seems to have served as a fort for communities and livestock, but also defined social entities and relationships linked to lineage. Thimlich Ohinga is the largest and best preserved of these traditional enclosures. It is an exceptional example of the tradition of massive dry-stone walled enclosures, typical of the first pastoral communities in the Lake Victoria Basin, which persisted until the mid-20th century.

Al-Ahsa Oasis, an Evolving Cultural Landscape (Saudi Arabia) – In the eastern Arabian Peninsula, the Al-Ahsa Oasis is a serial property comprising gardens, canals, springs, wells, a drainage lake, as well as historical buildings, urban fabric and archaeological sites. They represent traces of continued human settlement in the Gulf region from the Neolithic to the present, as can be seen from remaining historic fortresses, mosques, wells, canals and other water management systems. With its 2.5 million date palms, it is the largest oasis in the world. Al-Ahsa is also a unique geocultural landscape and an exceptional example of human interaction with the environment.