Cape Floral Region Protected Areas [Extension of the property “Cape Floral region protected Areas”] (South Africa)—Inscribed on the World Heritage List in 2004, the property is located at the south-western extremity of South Africa. It is one of the world’s great centres of terrestrial biodiversity. The extended property includes national parks, nature reserves, wilderness areas, State forests and mountain catchment areas. These elements add a significant number of endemic species associated with the Fynbos vegetation, a fine-leaved sclerophyllic shrubland adapted to both a Mediterranean climate and periodic fires, which is unique to the Cape Floral Region.

Phong Nha – Ke Bang National Park [a new proposal reflecting new criteria that is also an extension to the “Phong Nha – Ke Bang National Park] (Viet Nam)—The Phong Nha-Ke Bang National Park, inscribed on the World Heritage List in 2003, covered 85,754 hectares. With this extension, the site covers a total surface area of 126,236 hectares (a 46 % increase) and shares a boundary with the Hin Namno Nature Reserve in the Peoples Democratic Republic of Laos. The Park’s landscape is formed by limestone plateaux and tropical forests. It features great geological diversity and offers spectacular phenomena, including a large number of caves and underground rivers. The site harbours a high level of biodiversity and many endemic species. The extension ensures a more coherent ecosystem while providing additional protection to the catchment areas that are of vital importance for the integrity of limestone landscapes.

Blue and John Crow Mountains (Jamaica)—The site encompasses a rugged and extensively forested mountainous region in the south-east of Jamaica, which provided refuge first for the indigenous Tainos fleeing slavery and then for Maroons (escaped African slaves). They resisted the European colonial system in this isolated region by establishing a network of trails, hiding places and settlements, which form the Nanny Town Heritage Route. The forests offered the Maroons everything they needed for their survival. They developed strong spiritual connections with the mountains, still manifest through the intangible cultural legacy of, for example, religious rites, traditional medicine and dances. The site is also a biodiversity hotspot for the Caribbean Islands with a high proportion of endemic plant species, especially lichens, mosses and certain flowering plants.

The inscription of sites will continue through 5 July. The committee will end its 39th session on 8 July. 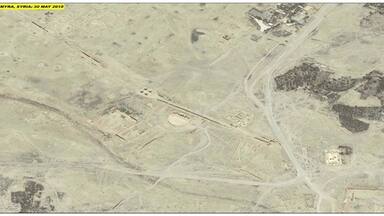