The endangered chimpanzees, gorillas, orangutans, and bonobos found at World Heritage sites in Africa and Asia underscore the importance of these forests and mountain ranges and are highlighted in an infographic released today by the Great Apes Survival Partnership (GRASP) and the World Heritage Centre of the United Nations Educational, Scientific and Cultural Organization (UNESCO).

“It is our mandate to protect World Heritage properties from further degradation and loss of habitat to ensure the safeguarding of viable great ape populations all around the World”,
said Mr Kishore Rao, director of the UNESCO World Heritage Centre.

World Heritage sites host some of the most fragile populations of great apes, including Mountain gorillas, Grauer’s gorillas, and Sumatran Orangutans, all of which are classified as critically endangered.

“GRASP recognizes the incredible importance of great apes and World Heritage sites, but also notes that both are fragile and constantly under threat,” said GRASP programme coordinator Doug Cress. “By linking these endangered species and these designated sites, we hope to raise the profile of both.”

GRASP is a unique alliance of 98 national governments, conservation organizations, United Nations agencies, research institutions, and private companies, all committed to ensuring the long-term survival of great apes and their habitat in Africa and Asia. 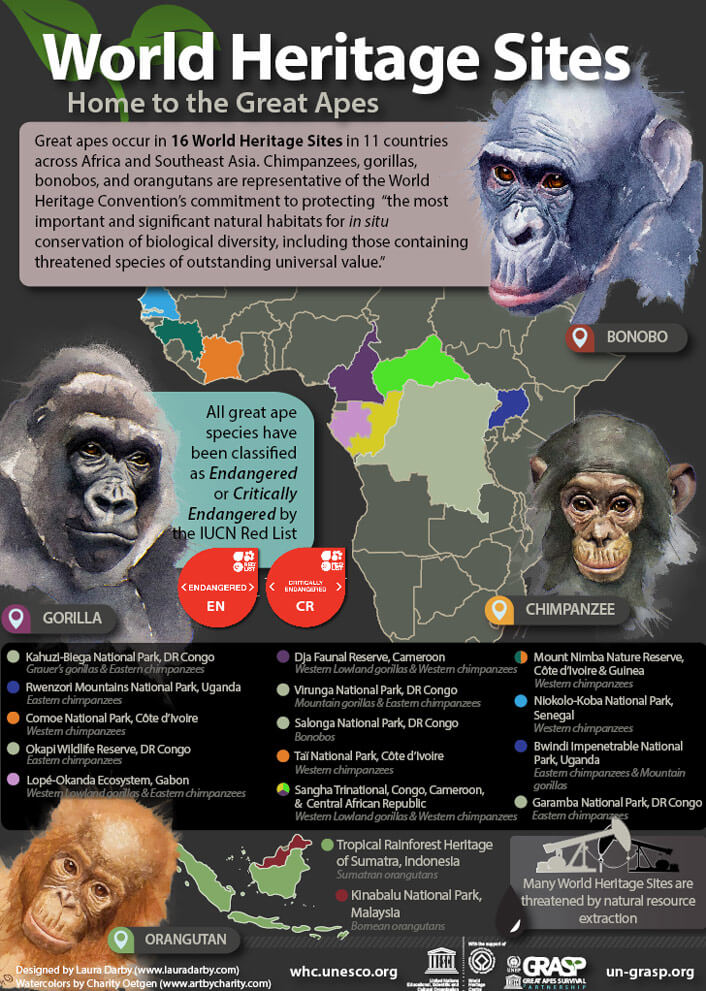 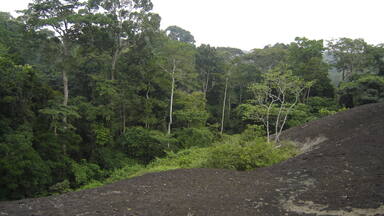