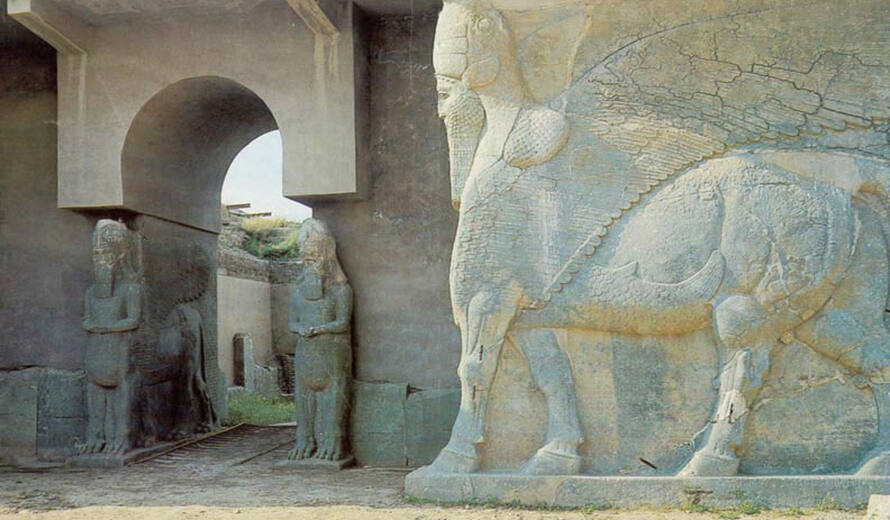 Nimrud Lamassu's at the North West Palace of Ashurnasirpal, Iraq