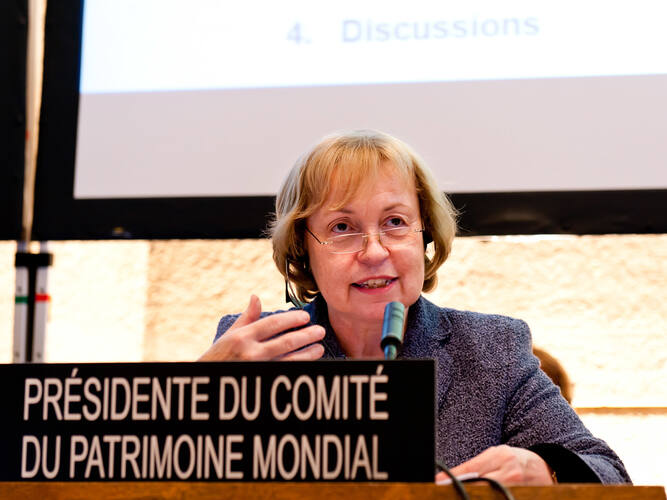 Minister of State at the Federal Foreign Office and Chair of the UNESCO World Heritage Committee Maria Böhmer issued the following statement in Berlin on 9 March following the destruction of Iraqi artefacts in Nimrud by the terrorist group ISIS:

“The ongoing barbaric attacks perpetrated by the ISIS terrorist group in Iraq are devastating. In particular the abductions in Tikrit, the burning to death of people in al‑Baghdadi and the systematic destruction of ancient religious and cultural artefacts and manuscripts in Mosul and, most recently, archaeological sites in the former Assyrian capital Nimrud are intolerable and can surely not leave anyone unmoved. I am shocked and condemn these acts in the strongest possible terms.

This “cultural cleansing” is inflicting deep wounds on the culture, history, traditions and souls of the people in Iraq, the entire region and throughout the world. We must not allow ISIS to wipe out the region’s cultural memory.

Every state is responsible for protecting its own cultural objects. But protection of cultural property does not stop there. If a state is not able to fulfil this responsibility on its own, the entire international community has a duty to act, particularly in crisis situations and armed conflicts. Germany takes this responsibility very seriously in both an international and a national context. The Federal Government intends to put protection of cultural property in Germany on a completely new footing in order to put a stop to illegal trade in cultural objects.”