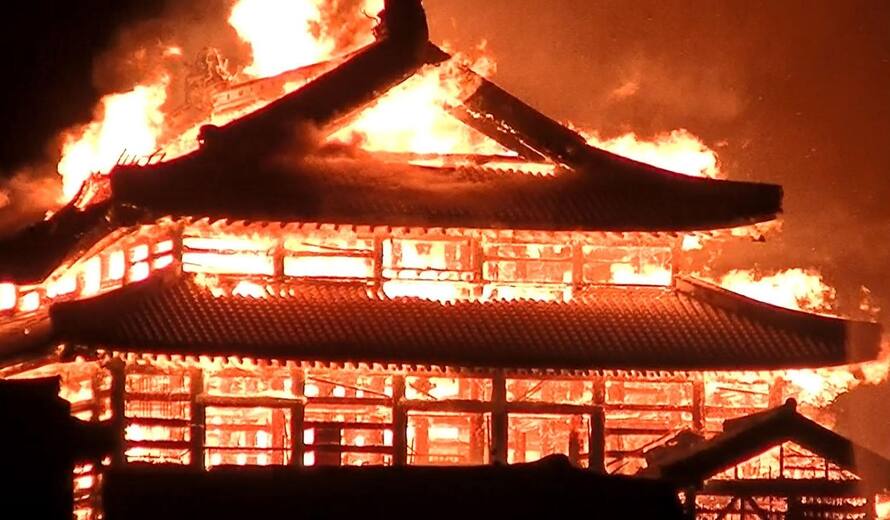 UNESCO offers its sincere solidarity with the people of Japan, and in particular the residents of Okinawa, who have lost a cultural and historical symbol of the Ryukyu islands. UNESCO stands ready to assist the authorities as needed.

In the early morning hours of 31 October, a number of buildings, including Shuri Castle of  the World Heritage site of “Gusuku Sites and Related Properties of the Kingdom of Ryukyu” (Japan) were damaged by a large fire.

Damaged buildings, including three main halls, were reconstructed after World War II, as they were previously destroyed during the war. This work was based on detailed documentation of the original and was noted in the World Heritage inscription as respecting the authenticity. The authorities already announced that they will rehabilitate and reconstruct the damaged structures.

This UNESCO World Heritage site represents 500 years of Ryukyuan history (12th-17th century) in a group of sites and monuments. The ruins of the castles, on imposing elevated sites, are evidence for the social structure over much of that period, while the sacred sites provide a testimony to the rare survival of an ancient form of religion into the modern age. The wide- ranging economic and cultural contacts of the Ryukyu Islands over that period gave rise to a unique culture.