Built in the second half of the 18th century by Sweden on a group of islands located at the entrance of Helsinki's harbour, this fortress is an especially interesting example of European military architecture of the time. 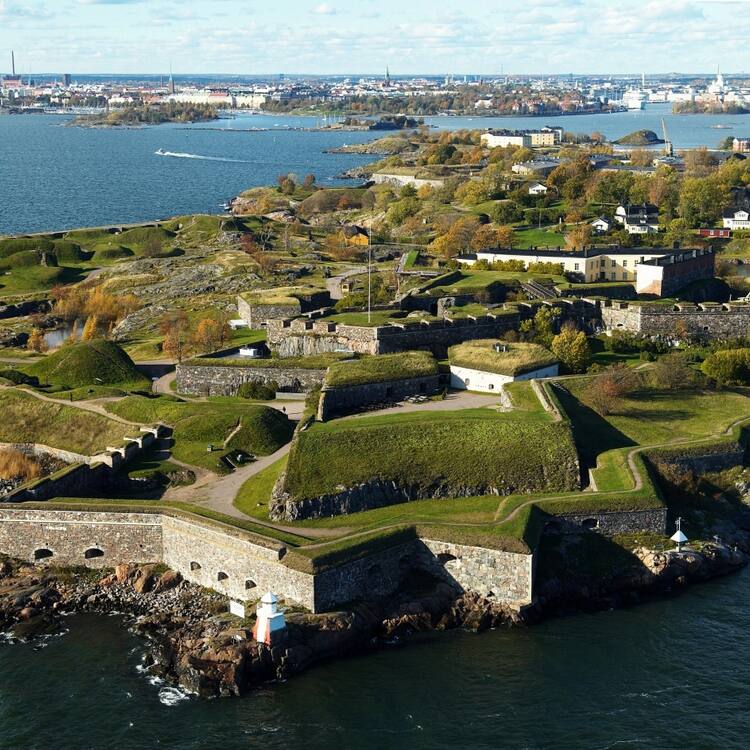 Suomenlinna (Sveaborg) is a sea fortress, which was built gradually from 1748 onwards on a group of islands belonging to the district of Helsinki. The work was supervised by the Swedish Admiral Augustin Eherensvärd (1710-1772), who adapted Vauban’s theories to the very special geographical features of the region. The landscape and the architecture of the fortress have been shaped by several historic events. It has served to defend three different sovereign states over the years: the Kingdom of Sweden, the Russian Empire and most recently the Republic of Finland.

Covering an area of 210 ha and consisting of 200 buildings and 6 km of defensive walls, the fortress stretches over six separate islands. The original fortress was built using local rock and fortified with a system of bastions over varied terrain. The purpose of the fortress was originally to defend the Kingdom of Sweden against the Russian Empire and to serve as a fortified army base, complete with a dry dock. Sandbanks, barracks and various other buildings were added during the 19th-century Russian period. The defensive system was adapted to match the requirements of a modern fortress and developed in the 19th century using contemporary fortification equipment.

After Finland gained independence in 1917, the fortress was renamed Suomenlinna (or Fortress of Finland) and served as a garrison and a harbour. The military role of the fortress declined after World War II, and in 1973 the area was converted for civilian purposes. Since then, buildings have been renovated to serve as apartments as well as workspaces, to house private and public services, and for cultural purposes.

Today, Suomenlinna is one of the most popular tourist attractions in Finland and constitutes a district of Helsinki with 850 inhabitants.

Criterion (iv): In the history of military architecture, the Fortress of Suomenlinna is an outstanding example of general fortification principles of the 17th and 18th centuries, notably the bastion system, and also showcases individual characteristics.

Suomenlinna consists of several defensive and utilitarian buildings that blend the architecture and functionality of the fortress within the surrounding landscape. The property includes the islands upon which the fortress was built. This forms a consistent ensemble extensive enough to preserve and present the values of the property. Most of the fortifications and utilitarian buildings dating from the Swedish and Russian periods are well preserved. The fortress has only a few buildings dating from the Finnish era, but they retain their own distinctive identity. A sharp rise in sea level or increased rainfall could threaten the property.

The fortifications and the various buildings, all dating from different eras, as well as the surrounding environment, help preserve Suomenlinna’s characteristics, particularly with regard to building materials, methods and architecture. Since Suomenlinna became a residential area, traditional construction methods have been favoured to ensure the preservation of the property, and are implemented in a manner that respects its cultural and historical values.

Suomenlinna is surrounded by open waters and nature reserves. The islands in its vicinity are used by the Finnish Defence Forces, or are subject to restrictive development plans. No changes to the surrounding area that could threaten the values of the property are planned for the near future. The buffer zone of Suomenlinna ends at downtown Helsinki to the north and the military district to the east and south. The island-based fortress is not threatened by city planning or traffic.

The possibility of a sharp rise in sea levels owing to climate change constitutes a potential threat to the property, as it would accelerate the erosion of coastal structures. Similarly, increased rainfall causes damage to wooden and stone structures. The increase in visitors has also caused sandbanks to become eroded during the summer. The erosion is managed by restricting visitors’ access to vulnerable areas during the summer months and regular reports are produced. The threats are recognized in the Suomenlinna Visitor Management Strategy from 2007 and the revised Management Plan from 2013. 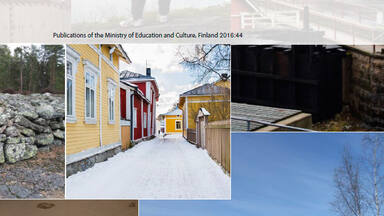 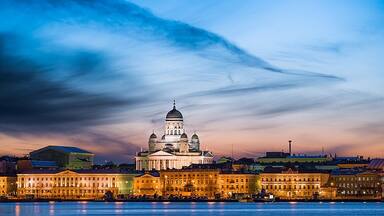 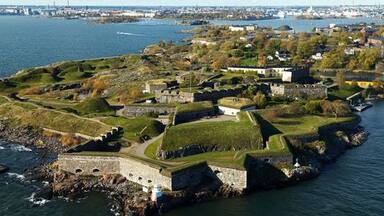