The Kasbah is a unique kind of medina, or Islamic city. It stands in one of the finest coastal sites on the Mediterranean, overlooking the islands where a Carthaginian trading-post was established in the 4th century BC. There are the remains of the citadel, old mosques and Ottoman-style palaces as well as the remains of a traditional urban structure associated with a deep-rooted sense of community. 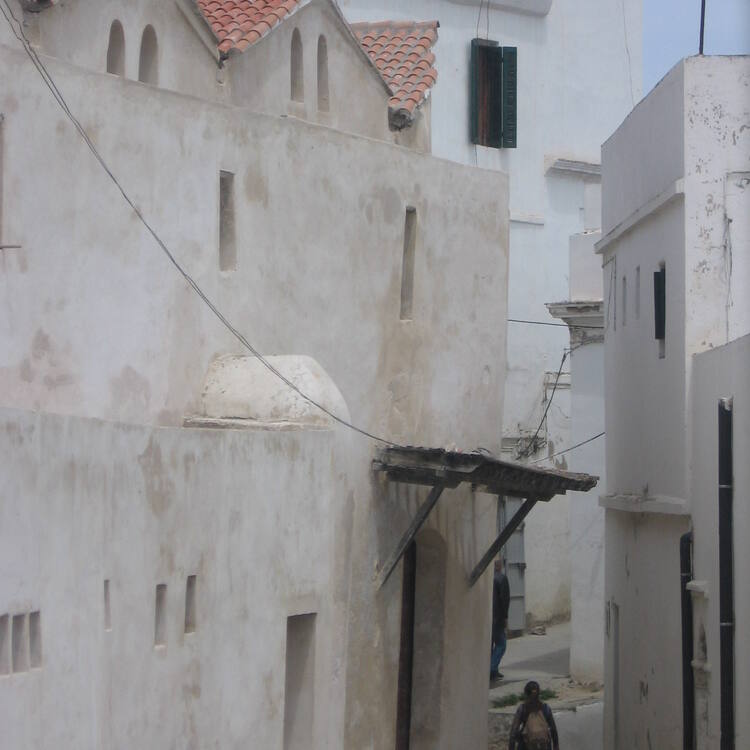 The Kasbah of Algiers is an outstanding example of a historic Maghreb city having had extensive influence on town-planning in the western part of the Mediterranean and sub-Saharan Africa.

Indeed, located on the Mediterranean coast, the site was inhabited at least from the 6th century BC when a Phoenician trading post was established there.  The term Kasbah, that originally designated the highest point of the medina during the Zirid era, today applies to the ensemble of the old town of El Djazair, within the boundaries marked by the ramparts and built at the end of the 16th century, dating back to the Ottoman period.

In this living environment where nearly 50,000 people reside, very interesting traditional houses, palaces, hammams, mosques and various souks are still conserved, the urban form of which bears witness to an effect of stratification of several styles in a complex and original system that has adapted remarkably well to a very hilly and uneven site.

Criterion (ii): The Kasbah of Algiers has exercised considerable influence on architecture and town-planning in North Africa, Andalusia and in sub-Saharan Africa during the 16th and 17th centuries. These exchanges are illustrated in the specific character of its houses and the density of its urban stratification, a model of human settlement where the ancestral lifestyle and Muslim customs have blended with other types of traditions.

Criterion (v): The Kasbah of Algiers is an outstanding example of a traditional human settlement representing a profoundly Mediterranean Muslim culture, synthesis of numerous traditions. The vestiges of the citadel, ancient mosques, Ottoman palaces, as well as a traditional urban structure associated with a strong sense of community testify to this culture and are the result of its interaction with the various layers of populations.

Despite the changes and the earthquake risks experienced by the site, the Kasbah of Algiers still retains its integrity.  On the whole, the aesthetic character, material used and the architectural elements retain their original aspect that expresses the values for which the site was inscribed on the World Heritage List in 1992. The continuing residential function has strengthened the viability of the site as well as the integrity of its image.  Restoration work of the built heritage of the Kasbah undertaken in the framework of the Safeguarding and Valorisation Plan is in conformity with the local and national standards and contributes towards maintaining the integrity of the site. Nevertheless, there are threats to the integrity linked to densification and uncontrolled interventions. Other risks originate from earthquakes and fire, as well as landslides and floods.

The attributes of the Outstanding Universal Value for which the site was inscribed are maintained. The Kasbah bears witness to a remarkable authenticity, as regards the form and conception (very dense urban planning), construction materials (earthen bricks, earthen and lime rendering, stone and wood) and also the use (residential, trading, cult) and popular customs. The survival of traditional architectural skills, notably in the building trades and architectural decoration, is a major advantage in support of the Outstanding Universal Value.

The Kasbah of Algiers was listed as a national historic site in November 1991 and safeguarded sector in 2003.  The legal framework that ensures its protection incorporates the Laws 98.04 (concerning the protection of cultural heritage), 90.25, 90.29, 91.10 and the Executive Decrees 90.78, 90.175, 91.176, 91.177 and 91.178. The State Party considers, however, that it is necessary to revise the legal and administrative provisions relating to the property to improve its protection and enhancement.

The management of the site is entrusted to the Cultural Directorate of the Wilaya (province) of Algiers. There is a continual need to conserve and rehabilitate the property to forestall deterioration of the urban fabric. Threats from the risk of earthquakes and fire exist, whereas the land slides and floods always constitute a possible threat.  A permanent plan for the safeguarding and valorisation of the safeguarded sector (PPSMVSS), codified by Executive Decree N° 324-2003 is being prepared. The management plan will cover these issues and take account of a buffer zone and regular monitoring activities. The Cultural Directorate of the Wilaya, in consultation with the President(s) of the Popular Communal Assemblies concerned, is the agent for the implementation and management of the PPSMVSS. To reinforce this action, a regulatory text is being adopted, that of the Agencies for the Safeguarded Sectors. The Office for the Management of Cultural Properties and Exploitation (OGEBC) is responsible, in the name of the Ministry of Culture, for the management of the listed archaeological and historic monuments and sites, including those located inside a safeguarded sector. 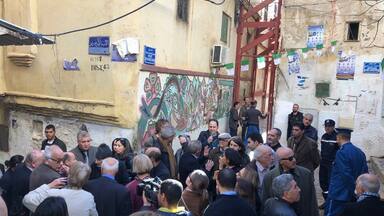 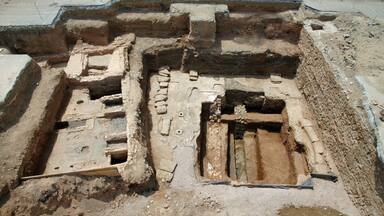 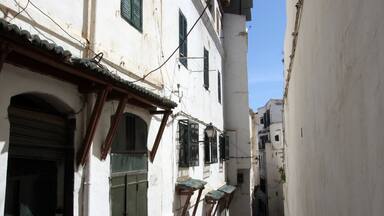 International Expert Meeting on the Conservation and Revitalization of the Kasbah of Algiers, a World Heritage property
20 January 2018 - 24 January 2018
Bikeabout To Launch Circum-Mediterranean Tour Of World Heritage Sites
24 September 1997 - 30 June 1998

City and Wilaya (province) of Algiers