The Garden Kingdom of Dessau-Wörlitz is an exceptional example of landscape design and planning of the Age of the Enlightenment, the 18th century. Its diverse components - outstanding buildings, landscaped parks and gardens in the English style, and subtly modified expanses of agricultural land - serve aesthetic, educational, and economic purposes in an exemplary manner. 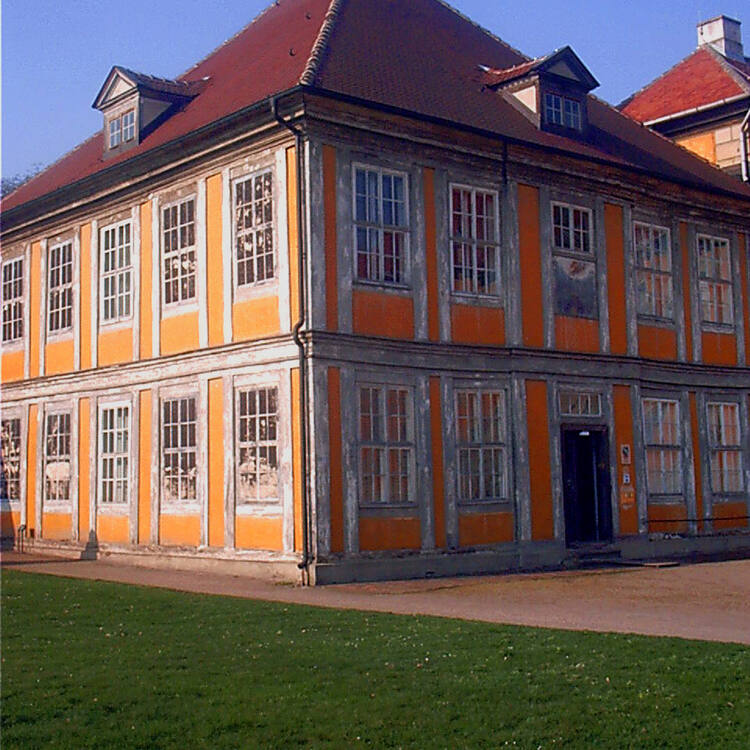 The Garden Kingdom of Dessau-Wörlitz, located in Saxony-Anhalt in the Middle Elbe Region, is an exceptional example of landscape design and planning from the Age of the Enlightenment in the 18th century. Its diverse components – the outstanding buildings, English-style landscaped parks and gardens, and subtly modified expanses of agricultural land – served aesthetic, educational, and economic purposes in an exemplary manner.

For Prince Leopold III Friedrich Franz of Anhalt-Dessau (1740-1817) and his friend and adviser Friedrich Wilhelm von Erdmannsdorff (1736-1800), the study of landscape gardens in England and ancient buildings in Italy during several tours was the impetus for their own creative programme in the little principality by the rivers Elbe and Mulde. As a result, the first landscape garden in continental Europe was created here, with Wörlitz as its focus. Over a period of forty years a network of visual and stylistic relationships was developed with other landscape gardens in the region, leading to the creation of a garden landscape on a unique scale in Europe. In the making of this landscape, the designers strove to go beyond the mere copying of garden scenery and buildings from other sites, but instead to generate a synthesis of a wide range of artistic relationships. Among new and characteristic components of this garden landscape was the integration of a didactic element, arising from the philosophy of Jean-Jacques Rousseau (1712-1778), the thinking of Johann Joachim Winckelmann (1717-1768), and the aesthetics of Johann Georg Sulzer (1720-1779). The notion of public access to the buildings and grounds was a reflection of the pedagogic concept of the humanisation of society.

Proceeding from the idea of the ferme ornée, agriculture as the basis for everyday life found its place in the garden landscape. In a Rousseauian sense, agriculture also had to perform a pedagogic function in Anhalt-Dessau. Through the deliberate demonstration of new farming methods in the landscape garden, developments in Anhalt-Dessau were not merely theoretical, but a practical demonstration of their models in England. It is noteworthy that these objectives - the integration of aesthetics and education into the landscape – were implemented with outstanding artistic quality. Thus, for instance, the buildings of Friedrich Wilhelm von Erdmannsdorff provided important models for the architectural development of Germany and central Europe. Schloss Wörlitz (1769-73) was the first Neoclassical building in German architectural history. The Gothic House (from 1774) was a decisive influence on the development of Gothic Revival architecture in central Europe. Here, for the first time, the Gothic style was used to carry a political message, namely the desire for the retention of sovereignty among the smaller Imperial territories. The churches in Riesigk (1800), Wörlitz (1804-09), and Vockerode (1810-11) were the first Neoclassical, ecclesiastical buildings in Germany, their towers enlivening the marshland, floodplain landscape in which they served as waymarkers. In parts of the Baroque park of Oranienbaum, an Anglo-Chinese garden was laid out, now the sole surviving example in Europe of such a garden in its original form from the period before 1800. The development of stylistic eclecticism in the 19th century had its roots in the closing years of the 18th century.

Another feature of the landscape is the integration of new technological achievements, such as the building of bridges, an expression of a continuing quest for modernity. Through the conscious incorporation of the older layouts at Oranienbaum and Mosigkau into a pantheon of styles, the landscape became an architectural encyclopaedia featuring examples from ancient times to the latest developments. Nowhere else in Germany or Europe had a prince brought such an all-embracing and extensive programme of landscape reform into being, particularly one so deeply rooted in philosophical and educational theory. With the unique density of its landscape of monuments, the Garden Kingdom of Dessau-Wörlitz is an expression of the enlightened outlook of the court at Dessau, in which the landscape became the idealised world of its day.

Through the conscious and structured incorporation of economic, technological, and functional buildings and parks into the artistically designed landscape, the Garden Kingdom of Dessau-Wörlitz became an important concourse of ideas, in that it facilitated the convergence of 18th century grandeur of design with the beginnings of 19th century industrial society. The reforming outlook of this period brought about a huge diversity of change in the garden layout, and this legacy can still be experienced today. The Garden Kingdom of Dessau-Wörlitz can thus be seen as a designed and constructed philosophy, the “credit and epitome of the 18th century” (Christoph Martin Wieland).

Criterion (ii): The Garden Kingdom of Dessau-Wörlitz is an outstanding example of the application of the philosophical principles of the Age of the Enlightenment to the design of a landscape that integrates art, education, and economy in a harmonious whole.

Criterion (iv): The 18th century was a seminal period for landscape design, of which the Garden Kingdom of Dessau-Wörlitz is an exceptional and wide-ranging illustration.

The Garden Kingdom of Dessau-Wörlitz includes all elements necessary to express the Outstanding Universal Value of one of the most emblematic and representative European designed landscapes. It is of adequate size to ensure the features and processes, which convey the significance of the property.

Since more than 80% of the property is situated within the first biosphere reserve designated in 1979 for Steckby-Lödderitzer Forst (enlarged in 1988 to cover the entire Dessau-Wörlitz cultural landscape), it is also protected in all its environmental aspects under the Federal Nature Protection Law

Several autonomous bodies are responsible for management within the inscribed area; these include the State Ministries of Culture and of Planning, Agriculture, and Environment; the municipalities of Dessau, Wörlitz and Oranienbaum; the State Monuments Protection Department; the Wittenberg Municipal Environmental Department; and the Administration of the Biosphere Reserve Mittlere Elbe. A large part of the inscribed area and the major houses are managed by the Dessau-Wörlitz Cultural Foundation (Kulturstiftung Dessau-Wörlitz). In addition, there is the Forum for the Dessau-Wörlitz Garden Kingdom set up in 1996, to ensure communication and cooperation between the various bodies. Important work has already been carried out to re-establish the original sightlines and vistas that have long been covered by vegetation.