Puebla, which was founded ex nihilo in 1531, is situated about 100 km east of Mexico City, at the foot of the Popocatepetl volcano. It has preserved its great religious structures such as the 16th–17th-century cathedral and fine buildings like the old archbishop's palace, as well as a host of houses with walls covered in tiles (azulejos). The new aesthetic concepts resulting from the fusion of European and American styles were adopted locally and are peculiar to the Baroque district of Puebla. 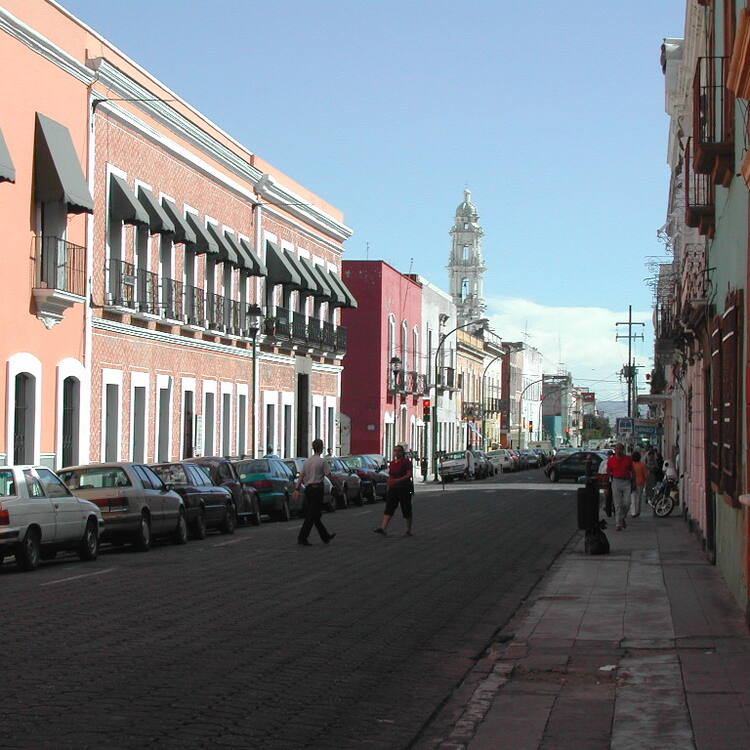 The city of Puebla de los Ángeles was founded ex nihilo in 1531, among the boundaries of the indigenous dominions of Tlaxcala, Cholula and Cuauhtinchan, following Spain’s regal recommendations to not take possession of indigenous territories. The original city Ciudad de los Angeles was laid out according to a Renaissance urban grid formed by rectangular squares laid out in a northeast-southeast orientation.

The city is situated in the Valley of Cuetlaxcoapan at the foot of one of Mexico’s highest volcanoes, known as Popocatepetl. It commands a strategic location on the commercial and cultural trade route betweeen the Port of Veracruz and Mexico City, approximately 100 kilometres to the west, which allowed Puebla to be an important intermediate point and a core part of the Atlantic axle for over two centuries.

The city exercised considerable influence in the 16thcentury and was the recipient of several nobility titles during this century. 1532, it received the “Title of city”(as the city was founded in 1531) and in 1538 the “Coat of arms”; both given by Charles V and signed by his wife, Elizabeth from Portugal. In 1558, it received the appointment as “Noble and Loyal City of Los Angeles” and, in 1576, by means of another Royal decree, it was declared “Very Noble and Very Loyal City of Los Angeles”. Many buildings from the 16th and 17th century have survived including the university founded in 1587 as Colegio del Espíritu Santo, major religious structures such as the Cathedral (dating from 1575), and fine buildings like the former archbishop's palace, the location of the Palafox Library established in 1646 and credited with being the first library in the Americas. Many houses are clad in coloured tiles known as azulejos. The use of these tiles illustrates a new aesthetic concept and the fusion of European and American styles particular to the Baroque district of Puebla.

Reform laws in the mid-19th century required the closing of many religious institutions, which impacted the urban landscape. However, this era also saw the rise of high-quality public and private architecture.

Criterion (ii):  Puebla’s strategic location on a major transportation corridor permitted the exportation of its regional style of Baroque architecture, a fusion of European and indigenous styles, after the 16th century. The urban design of the historic centre based on a Renaissance grid plan has exerted a considerable influence on the creation of colonial cities across the country.

Criterion (iv): As an untouched urban network, the Historic Centre of Puebla is composed of major religious buildings such as the Cathedral, the churches of Santo Domingo, San Francisco, and the Jesuit Church, superb palaces including the old archbishop’s palace the location of the Palafox Library, the university, and many houses whose walls are covered with gaily coloured tiles (azulejos).

The Historic Centre of Puebla has retained its integrity primarily through the retention and extension of the original Renaissance grid plan laid out the mid-16th century. It is currently preserved by the protected perimeter or buffer zone around the historic core. Moreover, there are a large number of religious, public and residential buildings illustrating the city’s evolution from the 16th to the 19th century.

One of the threats to the property’s integrity is its overall deterioration and the lack of regular maintenance of the building stock. The exceptional character of the religious architecture, for the most part, is well preserved and retains a great part of its original design. Because there are many public buildings, they are found in various states of deterioration and restoration. In general, the buildings in the best condition are those still used for their original purpose as administrative, educational and cultural institutions. Furthermore, these buildings often have restoration programmes in place to preserve their historic values. While some of the deterioration to residential buildings has been addressed, this is, for the most part, not adequate. Much of this restoration is the result of municipal programmes.

Additional threats within the historic core have been identified relating to uncontrolled tourism development as well as inappropriate demolitions and development. The region is subject to natural disasters, such as strong earthquakes and floods. Damage occurred during the 1999 earthquake has been largely repaired.

The original urban rectangular grid plan, based on Renaissance design, is still partially visible although due to rapid population growth and industrialization, it is becoming increasingly difficult to distinguish the historic city. During the mid-19th century, the Reform Laws (1857) resulted in major changes in the use of buildings including the closing of many large convents. Regardless, the historic centre still contains many significant religious buildings such as the Cathedral, the churches of San Francisco, Santo Domingo, the Jesuit Church, and the former archbishop’s palace.

The construction systems and the handling of materials illustrate the architectural styles through time, the historical events, and the evolution of the city. All these attributes, provide the Historical Centre of Puebla the necessary elements to preserve its ‘spirit of the place’ safeguarding its cultural authenticity.

The Instituto Nacional de Antropologia e Historia (INAH) provides technical assistance for restoration with the assistance of Instituto Nacional de Bellas Artes (INBA), the Ministry of Infrastructure of the State of Puebla, the Ministry of Public Work and Urban Development of the City of Puebla and the Benemérita Universidad Autónoma de Puebla. Financing is provided primarily through INAH with federal, state, and municipal funds for specific projects. A revised Plan de Regeneración y/o Redensificación Urbana de la Zona de Monumentos y su entorno Cuidad de Puebla was completed in September 2012. Today, a university consortium has been created with the participation of the main institutions of the State Higher Education which are currently in charge of the performance of updating the Partial Program of the Historical Centre and the realization of the management plan to establish the goal image to be reached in 2031.

The Plan de Regeneración y/o Redensificación Urbana de la Zona de Monumentos y su entorno Cuidad de Puebla, whose completion was encouraged by the World Heritage Committee in 2003, has documented strategies to address a number of the concerns related to the preservation of the historic core including the preservation of historic and artistic monuments and sympathetic infill development. 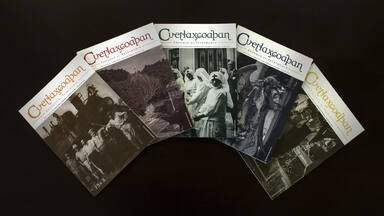