The remains of fortified trading-posts, erected between 1482 and 1786, can still be seen along the coast of Ghana between Keta and Beyin. They were links in the trade routes established by the Portuguese in many areas of the world during their era of great maritime exploration. 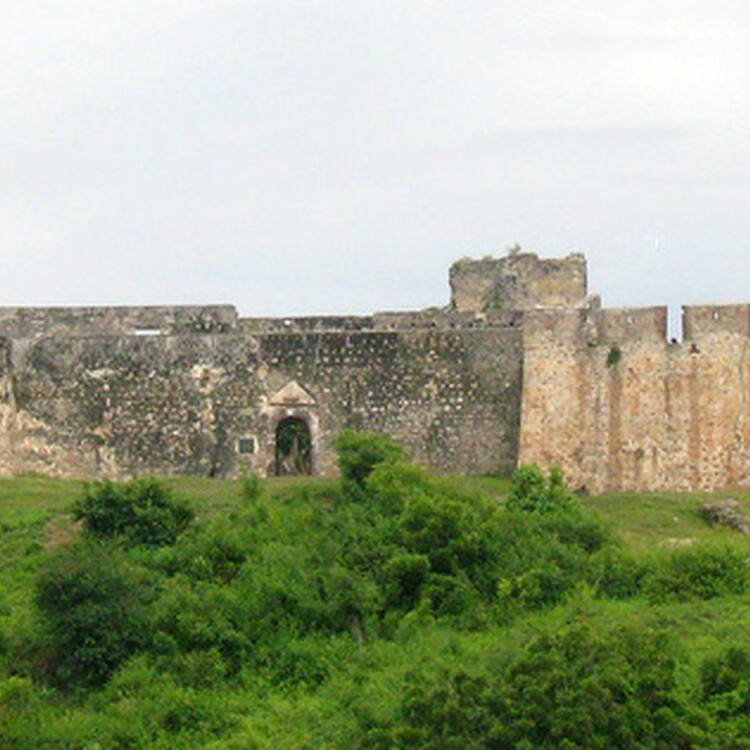 These fortified trading posts, founded between 1482 and 1786, and spanning a distance of approximately 500 km along the coast of Ghana between Keta in the east and Beyin in the west, were links in the trading routes established by the Portuguese in many areas of the world during their era of great maritime exploration. The castles and forts were built and occupied at different times by traders from Portugal, Spain, Denmark, Sweden, Holland, Germany and Britain. They served the gold trade of European chartered companies. Latterly they played a significant part in the developing slave trade, and therefore in the history of the Americas, and, subsequently, in the 19th century, in the suppression of that trade.

The basic architectural design of the Forts was in the form of a large square or rectangle. The outer components consisted of four bastions/batteries or towers located at the corners, while the inner components consisted of buildings of two or three storeys with or without towers, in addition to an enclosure, courtyard or a spur. Many have been altered, during their use by successive European powers, and some survive only as ruins.

St. George’s d’Elmina Castle, built in 1482, is one of the oldest European buildings outside Europe, and the historic town of Elmina is believed to be the location of the first point of contact between Europeans and sub-Saharan Africans.

The castles and forts constituted for more than four centuries a kind of ‘shopping street’ of West Africa to which traders of Europe’s most important maritime nations came to exchange their goods for those of African traders, some of whom came from very far in the interior.

They can be seen as a unique “collective historical monument”: a monument not only to the evils of the slave trade, but also to nearly four centuries of pre-colonial Afro-European commerce on the basis of equality rather than on that of the colonial basis of inequality.  They represent, significantly and emotively, the continuing history of European-African encounter over five centuries and the starting point of the African Diaspora.

Criterion (vi): The Castles and Forts of Ghana shaped not only Ghana’s history but that of the world over four centuries as the focus of first the gold trade and then the slave trade. They are a significant and emotive symbol of European-African encounters and of the starting point of the African Diaspora.

The property contains all the significant remains of forts and castles along the coast.

Some of the ruins are susceptible to wave action.  The sea has attacked a major part of Fort Prinzenstein but its protection has been enhanced by the construction of a sea defence wall, and efforts are being made to stabilise the remaining parts.

The sites overall remains vulnerable to environmental pressures, development pressure including localized quarrying, and lack of adequate funding for the regular maintenance and conservation of the sites. There are also no buffer zones.

The forts and castles were periodically altered, extended and modified to suit changing circumstances and new needs. In their present conditions, they demonstrate that history of change. As symbols of trade, and particularly the slave trade, they need to continue to reflect the way they were used.

The Castles and Forts have been respectively established and protected as National Monuments under the National Liberation Council Decree (N.L.C.D) 387 of 1969 and Executive Instrument (E.I.) 29 of 1973. All sites are in the custody of the Ghana Museums and Monuments Board (GMMB). Also James Fort, Accra, and Fort William, Anomabu, are no longer in use as prisons and have been handed over to the GMMB.

The Monuments Division of the GMMB provides technical advice and management. Regular state-of-conservation inspections are undertaken. Priority programmes are established to help ensure that appropriate interventions are carried out

The existing legislative framework is to be reviewed, and it is expected that a new legal framework will enhance the existence of the heritage resources, the socio-economic developments and improve the quality of life of the local inhabitants.

A management plan still needs to be prepared. There is an on-going need to ensure adequate resources and training for staff, and to demarcate the boundaries of the sites and establish buffer zones. 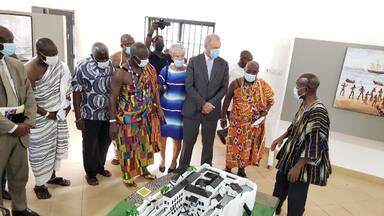 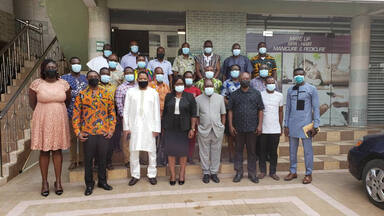