On the shores of the Bay of Bengal, bathed in the rays of the rising sun, the temple at Konarak is a monumental representation of the sun god Surya's chariot; its 24 wheels are decorated with symbolic designs and it is led by a team of six horses. Built in the 13th century, it is one of India's most famous Brahman sanctuaries. 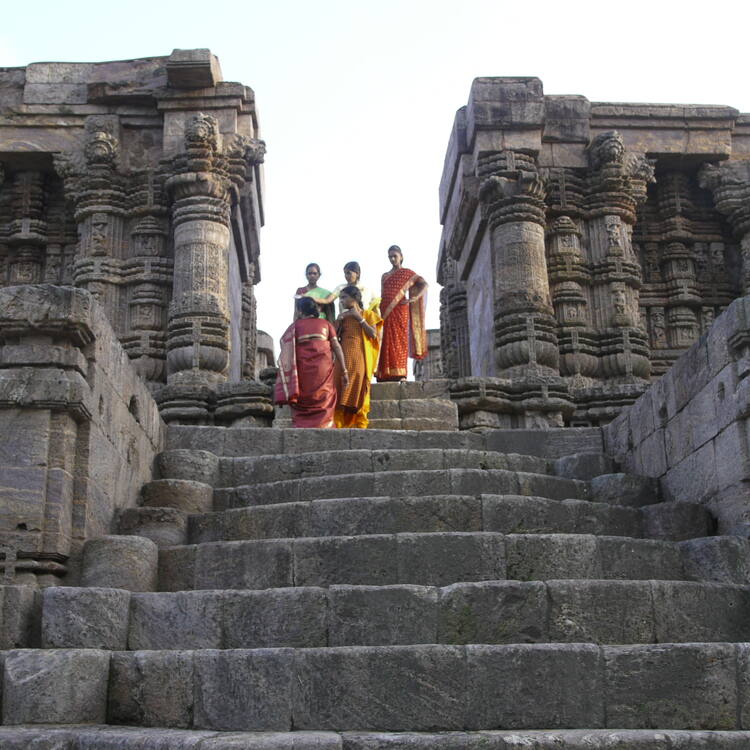 The Sun Temple at Konârak, located on the eastern shores of the Indian subcontinent, is one of the outstanding examples of temple architecture and art as revealed in its conception, scale and proportion, and in the sublime narrative strength of its sculptural embellishment. It is an outstanding testimony to the 13th-century kingdom of Orissa and a monumental example of the personification of divinity, thus forming an invaluable link in the history of the diffusion of the cult of Surya,the Sun God. In this sense, it is directly and materially linked to Brahmanism and tantricbelief systems. The Sun Temple is the culmination of Kalingan temple architecture, with all its defining elements in complete and perfect form. A masterpiece of creative genius in both conception and realisation, the temple represents a chariot of the Sun God, with twelve pairs of wheels drawn by seven horses evoking its movement across the heavens. It is embellished with sophisticated and refined iconographical depictions of contemporary life and activities. On the north and south sides are 24 carved wheels, each about 3 m in diameter, as well as symbolic motifs referring to the cycle of the seasons and the months. These complete the illusionary structure of the temple-chariot. Between the wheels, the plinth of the temple is entirely decorated with reliefs of fantastic lions, musicians and dancers, and erotic groups. Like many Indian temples, the Sun Temple comprises several distinct and well-organized spatial units. The vimana (principal sanctuary) was surmounted by a high tower with a shikhara (crowning cap), which was razed in the 19th century. To the east, the jahamogana (audience hall) dominates the ruins with its pyramidal mass. Farther to the east, the natmandir (dance hall), today unroofed, rises on a high platform. Various subsidiary structures are still to be found within the enclosed area of the rectangular wall, which is punctuated by gates and towers.The Sun Temple is an exceptional testimony, in physical form, to the 13th-century Hindu Kingdom of Orissa, under the reign of Narasimha Deva I (AD 1238-1264). Its scale, refinement and conception represent the strength and stability of the Ganga Empire as well as the value systems of the historic milieu. Its aesthetical and visually overwhelming sculptural narratives are today an invaluable window into the religious, political, social and secular life of the people of that period. The Sun Templeis directly associated with the idea and belief of the personification of the Sun God, which is adumbrated in the Vedas and classical texts. The Sun is personified as a divine being with a history, ancestry, family, wives and progeny, and as such, plays a very prominent role in the myths and legends of creation. Furthermore, it is associated with all the legends of its own artistic creation – the most evocative being its construction over twelve years using 1,200 artisans – and the stories about the deep commitment of its master builder, Bisu Moharana, to the project, in which his son (who was born during this period) later became involved. Konârak’s location and name are important testimonies to all the above associations, and its architectural realisation is associated with the living traditions of Brahmanismand tantricpractices.

Criterion (i): A unique artistic achievement, the temple has raised up those lovely legends which are affiliated everywhere with absolute works of art: its construction caused the mobilization of 1,200 workers for 12 years. The architect, Bisu Moharana, having left his birthplace to devote himself to his work, became the father of a son while he was away. This son, in his turn, became part of the workshop and after having constructed the cupola of the temple, which his father was unable to complete, immolated himself by jumping into space.

Criterion (iii):  Konârak is an outstanding testimony to the 13th-century kingdom of Orissa.

Criterion (vi):  Directly and materially linked to the Brahman beliefs, Konârak is the invaluable link in the history of the diffusion of the cult of Surya, which originating in Kashmir during the 8th century, finally reached the shores of Eastern India.

The boundaries of the nominated property encompass the attributes necessary to represent the Outstanding Universal Value of the Sun Temple, Konârak. Within the inscribed and protected extent of the property, its surviving structures and sculptures, as well as the dislodged remains preserved in-situ, represent its quintessential qualities of architectural form, design and sculptural relief. Furthermore, the protected zone includes all areas that have the potential to reveal any unexplored archaeological remains that may possibly enhance the understanding of the property’s Outstanding Universal Value. Identified and potential threats to the integrity of the property include development pressure: modernisation and urban growth affecting the environment of the monument; environmental pressure: deforestation due to cyclones and human activities, saline breeze and sand blasting, vehicular movements, and microbiological growth; tourism pressure: 40% increase in number of tourists; natural disasters: flood and cyclones; and local population growth. An extension of the site boundaries and the buffer zone around the property by land acquisition has been recommended for the better management of the site. Concerns over the structural integrity of elements of the site have been raised in the past, including the impact of monsoon rains and associated soil erosion. In addition, erosion of metal cramps supporting the structure due to salt air has in the past resulted in some damage.

The Sun Temple’s authenticity of form and design is maintained in full through the surviving edifices, their placement within the complex, structures and the integral link of sculpture to architecture. The various attributes of the Sun Temple, including its structures, sculptures, ornamentation and narratives, are maintained in their original forms and material. Its setting and location are maintained in their original form, near the shore of the Bay of Bengal. In preserving the attributes as stated, the Sun Temple, Konârak repeatedly evokes the strong spirit and feeling associated with the structure, which is manifested today in the living cultural practices related to this property, such as the Chandrabhanga festival.

The Sun Temple, Konârak is protected under the National Framework of India by the Ancient Monuments and Archaeological Sites and Remains (AMASR) Act (1958) and its Rules (1959). Other relevant protective legislation includes the Forest Act, Konârak Development Act and notified Council Area Act. Under the AMASR Act, a zone 100 metres outside the property and a further zone 200 metres outside the property constitute, respectively, prohibited and regulated zones for development or other similar activity that may have adverse effects on the Outstanding Universal Value of the property. All conservation programmes are undertaken by the Archaeological Survey of India through its national, regional and local representatives. There are five management-related plans: safety, environment, master planning, environmental development and tourism. World Heritage funding was received to carry out an assessment of structural stability.Sustaining the Outstanding Universal Value of the property over time will require continuing the structural and material conservation of the main Jagamohana structure and its sculptures; establishing a stronger functional integration of local and central authorities; including the larger landscape setting into the regulated area for development; and addressing the identified threats related to development pressure, environmental pressure, tourism pressure, natural disasters, and local population growth. 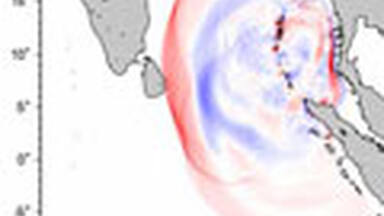