Located in the eastern Pacific Ocean, this archipelago is made up of four remote islands and their surrounding waters: San Benedicto, Socorro, Roca Partida and Clarión. This archipelago is part of a submerged mountain range, with the four islands representing the peaks of volcanoes emerging above sea level. The islands provide critical habitat for a range of wildlife and are of particular importance for seabirds. The surrounding waters have a remarkable abundance of large pelagic species, such as manta rays, whales, dolphins and sharks. 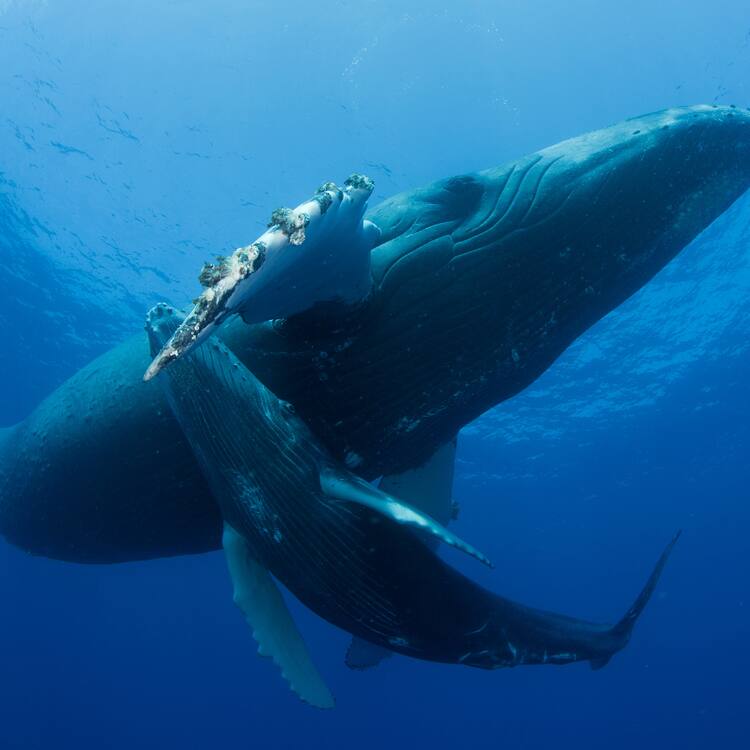 The Archipiélago de Revillagigedo is located in the eastern Pacific Ocean, 386 km southwest of the southern tip of the Baja California Peninsula, and 720 to 970 km west of the Mexican mainland. The Archipiélago de Revillagigedo is a serial nomination made up of four remote islands and their surrounding waters: Isla San Benedicto, Isla Socorro, Isla Roca Partida and Isla Clarión. The property covers 636,685 ha and includes a marine protected area extending 12 nautical miles around each of the islands. A very large buffer zone of 14,186,420 ha surrounds all four islands. Ocean depths within the buffer zone of the property reach 3.7 km, particularly to the west of Isla Roca Partida, and to the west and south of Isla Clarión. Due to their volcanic origin, depths around the islands increase abruptly at distances of between 10-12 km from the island shorelines. The Archipiélago de Revillagigedo is part of a submarine mountain range with the four islands representing the peaks of volcanoes emerging above sea level. Apart from two small naval bases, the islands are uninhabited.

The Archipiélago de Revillagigedo represents an exceptional convergence of two marine biogeographic regions: the Northeastern Pacific and Eastern Pacific. More particularly, the property lies along the junction where the California and Equatorial current mix generating a complex and highly productive transition zone. The islands and surrounding waters of the Archipiélago de Revillagigedo are rich in marine life and recognised as important stepping-stones and stop overs for wide ranging species. The property harbours abundant populations of sharks, rays, large pelagic fish, Humpback Whales, turtles and manta rays; a concentration of wildlife that attracts recreational divers from around the world.

Each of the islands displays characteristic terrestrial flora and fauna and their relative isolation has resulted in high levels of species endemism and micro-endemism, particularly among fish and bird species, many of which are globally threatened. The islands provide critical habitat for a range of terrestrial and marine creatures and are of particular importance to seabirds with Masked, Blue-footed, Red-footed and Brown Boobies, Red-billed Tropicbirds, Magnificent Frigatebirds and many other species dependent on the island and sea habitats. The Archipiélago de Revillagigedo is the only place in the world where the critically endangered Townsend’s Shearwater breeds.

Criterion (vii): Both the landscape and seascape of the Archipiélago de Revillagigedo exhibit impressive active volcanos, arches, cliffs, and isolated rock outcrops emerging from the middle of the ocean. The clear surrounding waters create exceptional scenic vistas with large aggregations of fish gathering around the steep walls and seamounts, as well as large pelagic marine species including Giant Manta Rays, whales, dolphins and sharks. One of the most remarkable aspects of the property is the concentration the Giant Manta Rays which aggregate around the islands and interact with divers in a special way that is rarely found anywhere in the world. Furthermore, the property encompasses an underwater seascape with abyssal plains at depths close to 4,000 meters and sheer drops in crystal clear water, all contributing to an awe-inspiring underwater experience. A large population of up to 2,000 Humpback Whales visits the islands. The songs of these majestic cetaceans can be heard during the winter months and while diving, add another sensory dimension to the marine seascape.

Criterion (ix): The Archipiélago de Revillagigedo is located in the northern part of the Tropical East Pacific Province, a transitional zone influenced mainly by the California current but mixed with the warm waters from the North Equatorial Current. This location results in the convergence of a multitude of fauna and flora, and creates a unique set of biological and ecological processes. The isolation and relatively pristine state of these islands has supported evolutionary processes which result in a high degree of endemicity in both the terrestrial as well as marine realms. In the marine realm the waters surrounding these islands are composed of majestic aggregations of sharks, rays, cetaceans, turtles and fish, a number of which are endemic or near-endemic. On land, important evolutionary processes have led to the speciation of 2 endemic lizards, 2 endemic snakes, 4 endemic birds, at least 33 endemic plant species, and innumerable invertebrates. In addition, 11 endemic subspecies of birds have evolved on the islands, indicating the potential for future evolution on these remote and well protected islands.

Criterion (x): The geographic isolation of the Archipiélago de Revillagigedo, shaped by the prevailing oceanographic conditions, results in high marine productivity, rich biodiversity and exceptional levels of endemism, both terrestrial and marine. The islands are the only breeding site for the Townsend’s Shearwater, one of the rarest seabirds in the world. The Archipiélago de Revillagigedo is also home to the endemic Socorro Dove, Socorro Mockingbird, Socorro Wren, Clarion Wren (as well as 11 endemic bird subspecies), 2 lizards, 2 snakes and numerous endemic plants and invertebrates, all of which contribute to the importance of these islands in conserving terrestrial biodiversity. In the marine realm at least 10 reef fish species have been identified as endemic or near-endemic including the spectacular Clarión Angelfish, which can be observed in ‘cleaning stations’ feeding on the ectoparasites of the Giant Manta Rays. These rays, some of them unusually completely black, aggregate in some of the largest numbers known worldwide. The property is a haven for a rich diversity of shark species with up to 20 having been recorded. Up to 2,000 Humpback Whales also migrate through these nutrient rich and productive waters. The islands are also of significant importance to seabirds notably Masked, Blue-footed, Red-footed and Brown Boobies, Red-billed Tropicbirds, Magnificent Frigatebirds and many other species which can be seen soaring around the rocky outcrops where they nest and fish in the sea.

The Archipiélago de Revillagigedo is remote and largely uninhabited so threats to the property are relatively low. Invasive introduced species represent the greatest threat to the ecology of these islands and their surrounding waters. Major conservation successes by the Mexican Government working with NGOs have seen the eradication of larger invasives such as pigs and sheep from various islands. Ongoing vigilance will be needed to ensure the natural systems of the archipelago are not impacted by damaging invasive species. Enhanced biosecurity measures directed by a biosecurity plan are required to protect the ecosystems of the archipelago from this threat.

To date, tourism has been restricted by the Mexican Government to a set number of diving boats, and no people are allowed on-shore without a permit. Diving carrying capacities and regulations are set in the management plan, and given the restricted number of potential dive sites and their small area, it is unlikely that diving impacts within the area will increase. Fishing is restricted through the marine area zoning system; however, there are concerns regarding policing and instances of sport fishing. The extension of a no-take fishing zone by 12 nautical miles to align with the property boundaries is considered essential to bolster protection of the island’s marine resources as is the enforcement of strengthened fishing regulations in the property’s large buffer zone.

In conclusion, the property is of adequate size and includes all elements necessary to express its outstanding values in the terrestrial and marine realms. Integrity of the marine area will be further strengthened if the entire area of the property becomes a no-take zone, and fishing regulations are strengthened in the large proposed buffer zone. For terrestrial values it must be noted that past development, i.e. the introduction of invasive sheep, pigs, cats, rabbits and mice, have considerably damaged some of its values, but rats were never introduced to the islands which is exceptional for subtropical islands of this size. It is to be commended that pigs and sheep have been eradicated and the numbers of cats on Socorro have been severely reduced with the hope that they too will be eradicated.

The Archipiélago de Revillagigedo is Mexican federal territory and all parts of the property are hence state owned and controlled. The property is protected under a range of legislation pertinent to different agency jurisdictions with the principle protective legislation being the General Law of Ecological Balance and the Protection of the Environment (LGEEPA). The islands are managed as a natural protected area by the Natural Commission of Natural Protected Areas (CONANP) in close collaboration with a number of other government authorities and various NGO and university partners. Of particular importance is the effective collaboration with the Mexican Navy who provide staffing and infrastructure support to monitor the islands and ensure the enforcement of regulations. This cooperation among agencies is doubly important to augment relatively modest staffing and government financial resources which are applied to the property.

Improved monitoring is needed to prevent sport fishers entering no fishing zones and to manage their impacts. Efforts are also needed to ensure that fishing in the very large surrounding buffer zone is managed to be sustainable so as to counteract the potential or real threat of over-fishing in the region.

Management emphasis should be applied to the control and where possible eradication of alien invasive species from the islands and their marine environments. A biosecurity plan should also direct quarantining and response mechanisms to ensure protection from potential introduction threats. This is particularly important to maintain the island’s rat free status which is both unusual in a sub-tropical island system and crucial to maintaining healthy functioning ecosystems and protecting key species.

Additional research and inventory is needed to better understand the biodiversity values of the property in particular submarine and deep sea ecosystems. 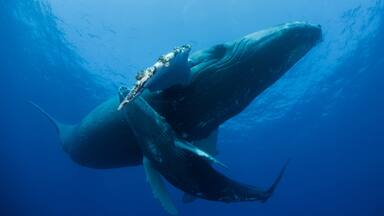