Arab-Norman Palermo and the Cathedral Churches of Cefalú and Monreale

Arab-Norman Palermo and the Cathedral Churches of Cefalú and Monreale

Located on the northern coast of Sicily, Arab-Norman Palermo includes a series of nine civil and religious structures dating from the era of the Norman kingdom of Sicily (1130-1194): two palaces, three churches, a cathedral, a bridge, as well as the cathedrals of Cefalú and Monreale. Collectively, they are an example of a social-cultural syncretism between Western, Islamic and Byzantine cultures on the island which gave rise to new concepts of space, structure and decoration. They also bear testimony to the fruitful coexistence of people of different origins and religions (Muslim, Byzantine, Latin, Jewish, Lombard and French). 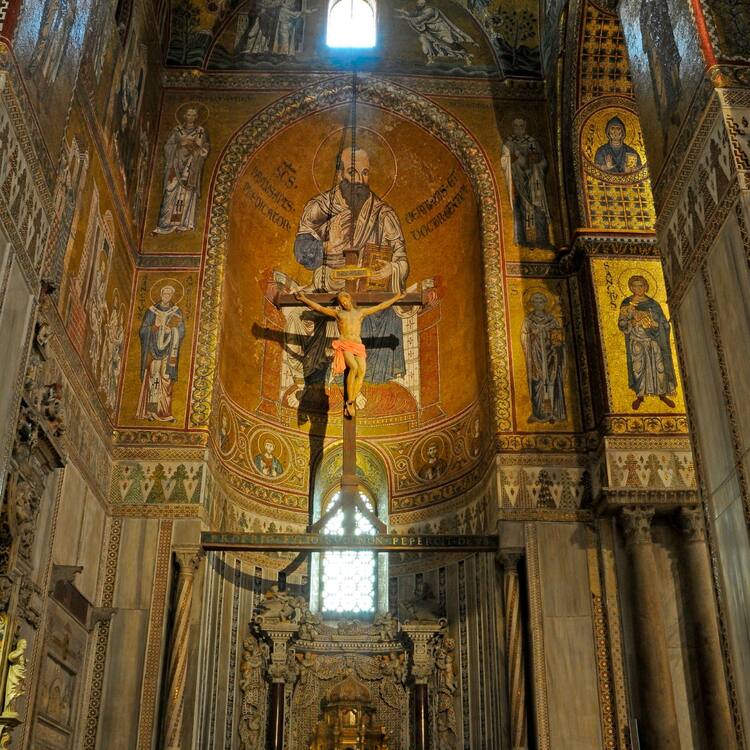 Located on the northern coast of the Italian island of Sicily, Arab-Norman Palermo and the Cathedral Churches of Cefalú and Monreale is a series of nine religious and civic structures dating from the era of the Norman kingdom of Sicily (1130-1194). Two palaces, three churches, a cathedral, and a bridge are in Palermo, the capital of the kingdom, and two cathedrals are in the municipalities of Monreale and Cefalù. Collectively, they are an outstanding example of a socio-cultural syncretism between Western, Islamic, and Byzantine cultures. This interchange gave rise to an architectural and artistic expression based on novel concepts of space, structure, and decoration that spread widely throughout the Mediterranean region.

The monuments that comprise this 6.235-ha serial property include the Royal Palace and Palatine Chapel; Zisa Palace; Palermo Cathedral; Monreale Cathedral; Cefalù Cathedral; Church of San Giovanni degli Eremiti; Church of Santa Maria dell’Ammiraglio; Church of San Cataldo; and Admiral’s Bridge. Each illustrates important aspects of the multicultural Western-Islamic-Byzantine syncretism that characterized the Norman kingdom of Sicily during the 12th century. The innovative re-elaboration of architectural forms, structures, and materials and their artistic, decorative, and iconographic treatments – most conspicuously the rich and extensive tesserae mosaics, pavements in opus sectile, marquetry, sculptural elements, paintings, and fittings – celebrate the fruitful coexistence of people of different origins.

Criterion (ii): Arab-Norman Palermo and the Cathedral Churches of Cefalù and Monreale bears witness to a particular political and cultural condition characterized by the fruitful coexistence of people of different origins (Muslim, Byzantine, Latin, Jewish, Lombard, and French). This interchange generated a conscious and unique combination of elements derived from the architectural and artistic techniques of Byzantine, Islamic, and Western traditions. This new style contributed to the developments in the architecture of the Tyrrhenian side of southern Italy and spread widely throughout the medieval Mediterranean region.

Criterion (iv): Arab-Norman Palermo and the Cathedral Churches of Cefalù and Monreale is an outstanding example of stylistic synthesis that created new spatial, constructive, and decorative concepts through the innovative and coherent re-elaboration of elements from different cultures.

The serial property includes all the elements necessary to express its proposed Outstanding Universal Value, including religious, civic, and engineering works, and is therefore of adequate size to ensure the complete representation of the features and processes that convey the property’s significance. The property does not suffer unduly from adverse effects of development or neglect.

The cultural value of the property and of its individual components is truthfully and credibly expressed through attributes such as their locations and settings, forms and designs, materials and substances, and uses and functions. The authenticity of the mosaics in particular has been confirmed by experts in the field of Byzantine mosaics.

The nine components of the serial property are under the ownership of various governmental and religious bodies. They have been given the highest level of protection established by national legislation under the 2004 Italian Code of the Cultural and Landscape Heritage. In addition, the Church of San Giovanni degli Eremiti, Church of Santa Maria dell’Ammiraglio (Church of the Martorana), and Monreale Cathedral have been designated individually as National Monuments. The Level I and Level II buffer zones are protected by virtue of the regulations and planning directions in the territory’s current planning tools.

A management system and Management Plan for the serial property as a whole have been laid out in a Memorandum of Understanding. The Memorandum establishes a Steering Committee comprised of representatives of the owners, managers, and institutions that are responsible for the nine components. This Committee will specify the activities to be carried out annually, and the Sicilian UNESCO Heritage Foundation will implement the Committee’s decisions. The Management Plan includes a description of the serial property and its components; the system of protection, planning, and control for the property, buffer zones, and setting; existing planning at the civic and regional levels; the management system; the territorial context; and action plans.

Long-term challenges for the protection and management of the property include eliminating or mitigating the consequences of human actions (vandalism, theft, fire); degenerative phenomena provoked by the pressures of mass tourism, including cruise ships; environmental disasters (earthquakes, landslides, floods, pollution), particularly for monuments subject to seismic risk; and socio-economic decay of the historic urban centres. These potential vulnerabilities and threats to the property’s Outstanding Universal Value, authenticity, and integrity must be fully addressed by the Management Plan and management structure.
News 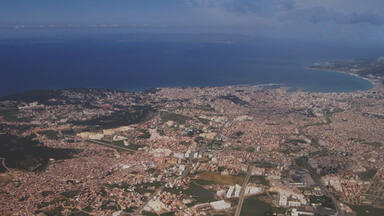