Remarkable as a landscape shaped over three centuries of coal extraction from the 1700s to the 1900s, the site consists of 109 separate components over 120,000 ha. It features mining pits (the oldest of which dates from 1850) and lift infrastructure, slag heaps (some of which cover 90 ha and exceed 140 m in height), coal transport infrastructure, railway stations, workers’ estates and mining villages including social habitat, schools, religious buildings, health and community facilities, company premises, owners and managers’ houses, town halls and more. The site bears testimony to the quest to create model workers’ cities from the mid 19th century to the 1960s and further illustrates a significant period in the history of industrial Europe. It documents the living conditions of workers and the solidarity to which it gave rise. 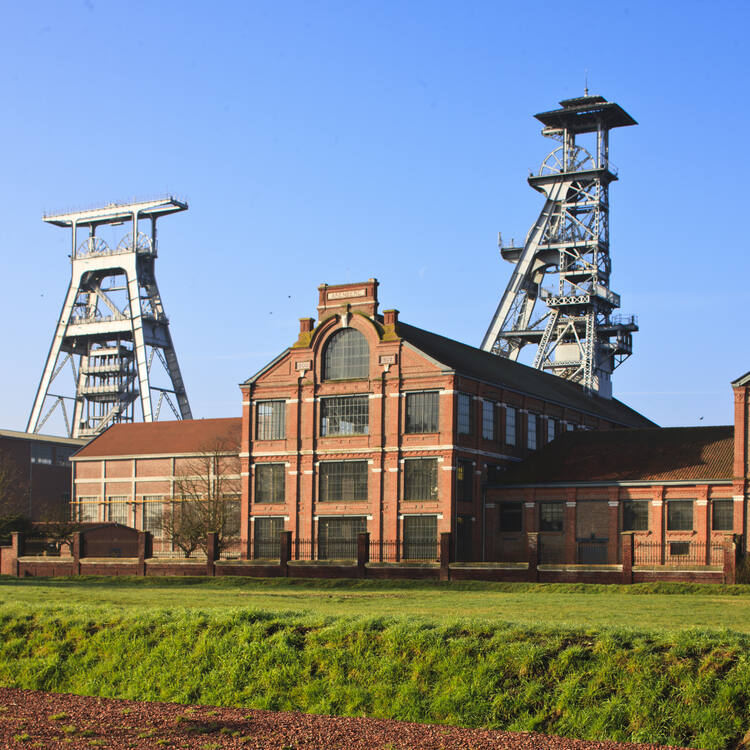 The Nord-Pas de Calais Mining Basin corresponds to the French part of the northwest European coal seam. On a broad open plain, it extends some 120 km, through the two administrative departments of Nord and Pas-de-Calais. It presents a remarkable cultural landscape in terms of its continuity and homogeneity. It provides an important and well preserved example of coal mining and its associated urban planning throughout the two centuries of intensive coal extraction from the end of the 18th century to the last quarter of the 20th century, through industrial methods involving a great many workers. This succession of landscapes resulting from the virtually mono-industry of coal extraction includes: physical and geographic components (slag heaps, farmland, mining subsidence ponds and woods), a mining industrial heritage (pit heads, residual industrial buildings and headgear), vestiges of transport equipment, the so-called ’cavaliers’, (canals, railways, conveyors), worker housing and characteristic urban planning (mining villages, garden cities, detached housing estates and tenement buildings), monumental and architectural components testifying to community life (churches, schools, managers’ châteaux, company head offices, worker union premises, stations, town halls, hospitals and clinics, community halls and sports facilities), and finally places of remembrance and celebration of the Basin’s history and its miners.

Criterion (ii): The Nord-Pas de Calais Mining Basin provides exceptional testimony to the exchange of ideas and influences regarding the extraction methods used for underground coal seams, the design of worker housing and urban planning, as well as the international human migration that accompanied the industrialization of Europe.

Criterion (iv): The living and evolving mining landscapes of the Nord-Pas de Calais Basin provide an eminent example of the large-scale development of coal mining in the 19th and 20th centuries, by large industrial companies and their considerable workforce. This is a space structured by urban planning, specific industrial structures and the physical vestiges of coal extraction (slag heaps and subsidence).

Criterion (vi): The social, technical and cultural events associated with the history of the Mining Basin had international repercussions. They are a unique and exceptional illustration of the danger of mine-working and of the history of its major disasters (Courrières). They are testimony to the evolution of the social and technical conditions of coal extraction. They represent a major symbolic place of the workers’ condition and their solidarity, from the 1850s to 1990. They are testimony to the dissemination of the ideals of worker unionism and socialism.

The diversity and the number of components that make up the property, and the many additional aspects of its landscapes express a good level of technical, territorial, architectural and urban integrity. The integrity of the industrial testimony to coal extraction is, however, much weaker. This unequal integrity in the material testimonies nonetheless still enables a satisfactory expression of the property’s economic and social values. In practice, the integrity can be satisfactorily read on three levels: the technical object or building, the intermediate level of the coal extraction pit, worker estate or local territory, and, lastly, the more expansive view of the landscapes and horizons that meet the visitor’s eye.

The property’s authenticity should be considered at the level of its 109 components and at the level of each of the associated landscapes. Owing to a rigorous selection of these components, the conditions of authenticity are generally good. However, they suffer from occasional gaps in the housing, that it would be a good idea to remedy, and potential threats to the landscape from economic development.

Within a complex legal, regulatory and regional arsenal, the Historic Monuments legislation forms a coherent body of legislation which, together with the protection of cultural landscapes, forms the core of the protection. This complexity does, however, have dual merit: none of the aspects of the protection is overlooked and it applies continuously to the property’s components and to their buffer zones. All these provisions have been compiled in a Unified Mining Basin Heritage Charter that governs all the property’s public and private partners.

The property, comprised of 109 sites, has an operational management system and an overarching technical organization, the Mining Basin Mission, which has produced an inventory and the high quality selection of the property’s components and associated landscapes. However, the implementation of an overarching policy authority, the Conference of Regional Authorities, needs to be confirmed and institutionally established, and the human and financial resources allocated for the property’s conservation and its landscapes to be sustained.

The Management Plan and the Heritage Charter attempt to assemble in a coherent ensemble the many regulatory texts, the many regional works provisions and the sector plans concerning the serial property’s management and its conservation. 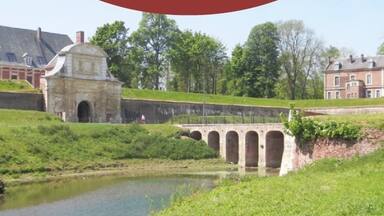 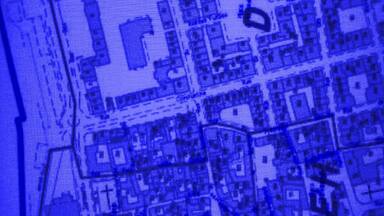 Seminar on urban planning systems, a regulatory tool for the protection and management of World Heritage sites and cultural landscapes
22 January 2014 - 22 January 2014