The List Sacred Sites and Pilgrimage Routes in the Kii ...
Print

Set in the dense forests of the Kii Mountains overlooking the Pacific Ocean, three sacred sites – Yoshino and Omine, Kumano Sanzan, Koyasan – linked by pilgrimage routes to the ancient capital cities of Nara and Kyoto, reflect the fusion of Shinto, rooted in the ancient tradition of nature worship in Japan, and Buddhism, which was introduced from China and the Korean Peninsula. The sites (506.4 ha) and their surrounding forest landscape reflect a persistent and extraordinarily well-documented tradition of sacred mountains over 1,200 years. The area, with its abundance of streams, rivers and waterfalls, is still part of the living culture of Japan and is much visited for ritual purposes and hiking, with up to 15 million visitors annually. Each of the three sites contains shrines, some of which were founded as early as the 9th century. 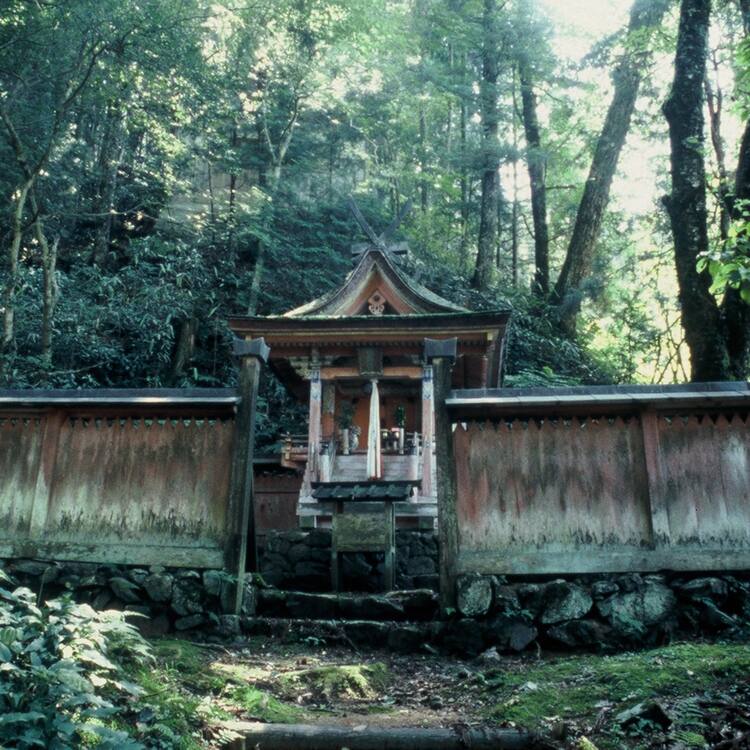 Set in the dense forests of the Kii Mountains on a peninsula in the southernmost part of mainland Japan, overlooking the Pacific Ocean, three sacred sites – Yoshino and Omine, Kumano Sanzan, and Koyasan – are linked by pilgrimage routes to the ancient capital cities of Nara and Kyoto. Together these sites, the connecting pilgrimage routes, and surrounding forests form a cultural landscape that reflect the fusion of Shintoism, rooted in the ancient tradition of nature worship in Japan, and Buddhism, which was introduced from China and the Korean Peninsula. The sacred sites are connected by 307 km of pilgrimage routes which cover a total area of 506.4 ha. With the surrounding forest landscape, they reflect a persistent and extraordinarily well-documented tradition of sacred mountains maintained over 1,200 years.

Criterion (ii) :The monuments and sites that form the cultural landscape of the Kii Mountains are a unique fusion between Shintoism and Buddhism that illustrates the interchange and development of religious cultures in East Asia.

Criterion (iii) :The Shinto shrines and Buddhist temples in the Kii Mountains, and their associated rituals, bear exceptional testimony to the development of Japan’s religious culture over more than a thousand years.

Criterion (iv) : The Kii Mountains have become the setting for the creation of unique forms of shrine and temple buildings which have had a profound influence on the building of temples and shrines elsewhere in Japan.

Criterion (vi) : Together, the sites and the forest landscape of the Kii Mountains reflect a persistent and extraordinarily well-documented tradition of sacred mountains over the past 1,200 years.

The property consists of three sacred sites including precincts and buildings of temples and shrines in the heavily forested Kii Mountains, and a complex pattern of tracks and paths that link the sites together. These component parts are essential for demonstrating the religious framework of Shintoism (rooted in the ancient tradition of nature worship in Japan), Buddhism (introduced to Japan from China and the Korean Peninsula), and Shugen-dô (the Shugen sect) which was influenced by the former two faiths. The three sacred sites with their surroundings demonstrate high degree of integrity. Also the pilgrimage routes, as part of the extensive cultural landscape, at present retain a significant degree of integrity.

Each component part has an adequate buffer zone to ensure the entire property’s wholeness and intactness.

Due to a long tradition of reconstructing and renewing timber structures, the authenticity of each wooden building is well preserved from the view of form/design, materials/substance, traditions/techniques, and location/setting.

At the three sacred sites, various religious rituals and practices mainly related to Shintoism, Buddhism, and Shugen-dô have been continually carried out. Such activities are still underway even now, and thus a high level of spiritual authenticity is maintained. These sacred sites and the forest landscape around them retain an extremely high degree of authenticity, in terms of not only tangible elements but also intangible elements represented by religious activities.

The sacred sites and pilgrimage routes have attracted worshippers since the 11th or 12th centuries and have thus retained a high degree of authenticity of function.

This extensive property is the responsibility of a number of different jurisdictions and is protected by several layers of legislation that permit integrated application of related measures. Basic principles and methodology for comprehensive preservation and management of the tangible cultural assets of each component parts are outlined in the 2003 Comprehensive Preservation and Management Plan.

The buildings that constitute component parts of the property as monuments have been designated as National Treasures and Important Cultural Properties under the Japanese Law for the Protection of Cultural Properties. The temple and shrine areas, the pilgrimage routes, and the forest landscape around them have been designated as Historic Sites, Places of Scenic Beauty, and Natural Monuments under the same law. Thus, these component parts are rigorously preserved and activities such as alterations are strictly limited because they require the permission of the national government.

The property includes areas designated as a National Park and Prefectural Natural Park under the National Parks Law, and thus the natural environment is well preserved because development such as construction of new buildings or tree-felling cannot be carried out without the prior permission of the national or prefectural government.

All of the buildings and the grounds of the temples and shrines are well preserved through preservation and maintenance activities carried out by the relevant religious organizations. Yoshinoyama is preserved and maintained in collaboration with individual owners and local governments, in line with the management plan produced by the local Board of Education. The same applies to pilgrim routes which are preserved and maintained by private owners, local governments, and the national government. The national government can provide financial and technical support for restoration and repair projects on the basis of individual management plans.

Each component part has a clear and adequate buffer zone designated under the National Park Law, the Forest Act, local government regulations, or the like.

The Coordinating Academic Committee, with representatives from the Academic Committees of all three prefectures, works to facilitate proper communication and information sharing among relevant local governments. The Committee has approved a Comprehensive Preservation and Management Plan which is supported by the coordination of three supplementary Prefectural Plans. The status of preservation and management of the property is reported periodically in order to ensure it is fully implemented.

2006
top
Forgot your username or password?
Become a member