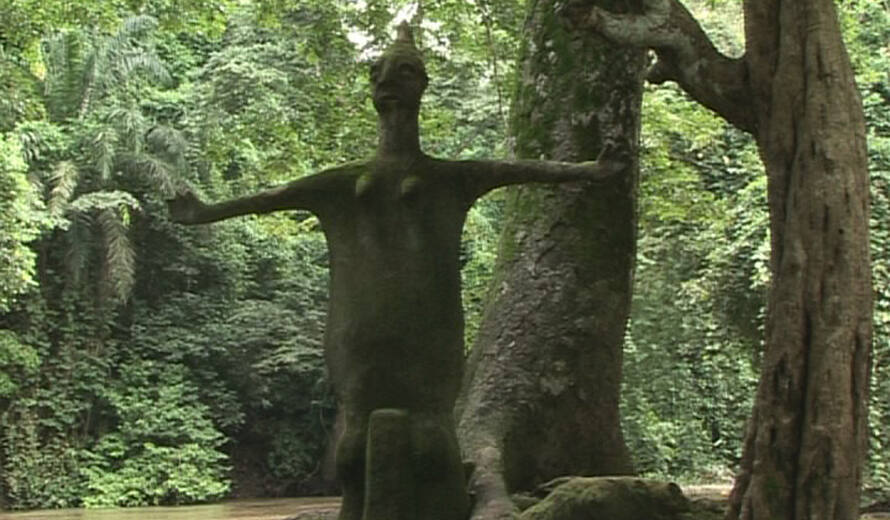 Nigeria's Osun-Osogbo Sacred Grove, one of the last remnants of primary high forest in southern Nigeria, was inscribed on UNESCO's World Heritage List in 2005. This inscription was the culmination of a 50-year campaign spearheaded by a group of artists, Yoruba priests and an Austrian artist called Susanne Wenger.

Pierre Guicheney's film La dame d'Oshogbo is a portrait of Wenger, who moved to Nigeria in the 1950s, and of her Yoruba family, as well as a voyage to the heart of rituals celebrated in the sacred forest and during the annual pilgrimage to the River Goddess Osun.

Before and after the screening, speakers including Francesco Bandarin, Director of the World Heritage Centre, Michael Omolewa, Nigeria's Ambassador to UNESCO, Akingun Roberts, Director of the National Commission for Museums and Monuments (Nigeria), Adedoyin Faniyi, Priestess of Osun, Hélène Joubert, Curator of African heritage at the Musée du Quai Branly and Thierry Joffroy (CRATerre-ENSAG), architecture expert for UNESCO, will focus on the importance of World Heritage inscription for this primordial site in Yoruba tradition and the grand African tradition of sacred forests.

Present at the screening will be the King of Osogbo and the Governor of the State of Osun.