The Million wells for Bengaluru campaign is an initiative to build one million shallow wells using traditional well-digging techniques. The initiative for the revival of traditional water systems integrates traditional practices and historical elements of the city with ecological sustainability and water management.

Bengaluru (Bengalore) is the capital of the Karnataka state, and one of India’s largest cities with a population of 13 million. The city’s origins date back to the 16th century, when a settlement was founded around a military fort in the kingdom of Vijayanagar.

The city became the capital of the kingdom of Mysore, and later hosted the headquarters of the British administration from 1831 to 1881; Britain retained a significant presence in the city until Indian independence in 1947. From the 1950s onwards, the city saw unprecedented urban and economic growth due to mass immigration and its establishment as a global ICT centre. Bengaluru is now a large metropolis extending over more than 700 km2, engulfing smaller and older settlements in its expansion. Bengaluru is not inscribed on the World Heritage List.

Located on a ridge in the Karnataka Plateau, the city of Bengaluru is far away from any rivers and has historically depended on local wells and lakes as its water sources. The city has a history of famine and drought: a famine caused by a lack of water between 1876 and 1878 caused 100,000 deaths and prompted the local government to create an ambitious program of waterworks, which included the very early use of steam engines to pump water up into the city. However, as the population has rapidly increased in the past decades, the city regularly suffers acute water shortages and is at risk of running out of water.

While there is a lack of reliable data on the impacts of climate change in Bengaluru, preliminary studies conducted until today indicate that annual precipitations have reduced over the past century, while temperatures have increased by an average of 0.6°C, especially during summer months.  Rainfall patterns are projected to change, with less rainfall outside of the monsoon season and heavier rains during the monsoon. Drought incidence is expected to rise by up to 10 % by 2050. Temperatures are expected to rise by 1.7°C to 2.2°C by the 2030s (Karnataka State Action Plan on Climate Change, 2012, Environmental Management & Policy Research Institute and The Energy and Resources Institute).

In 2015, a mapping exercise found 10,000 wells in the city of Bengaluru, mostly located in the traditional settlements which have been incorporated into the metropolis. There are strong relationships between the communities and their wells, which were mostly employed for domestic use. The wells were built and maintained by the Manu Vaddar community, which has traditionally been digging wells for over 1,000 years across India and especially in Bangalore. Large open wells were built using stones as lining, without any mortar, a traditional skill handed down from father to son. However, traditional well-digging became a marginal practice with the advent of borewells in the 1980s, and the members of the Manu Vaddar community were reduced to doing unskilled labour such as excavation work. By 2015, 750 families continued the tradition of well-digging, although the current generation has lost traditional dry-stone well-building techniques.

The Million wells for Bengaluru campaign is an ongoing initiative to build one million shallow wells using traditional well-digging techniques in Bengaluru, India. The project is supported by the Bangalore Water Supply and Sewerage Board, who requires rainwater harvesting as essential to urban Bengaluru. The project was designed by the local engineering and environmental studio Biome Environmental Trust. It was implemented by a variety of stakeholders including industries that provide funds, governmental agencies that provide different types of support, and local communities, who are actively engaged in construction and management of wells. The project is expected to be completed in 2025.

In response to the 2015 survey and worrying reports about the availability of groundwater in Bengaluru, the project wants to improve the balance between groundwater extracted and recharged through the construction of open recharge wells. At the same time, the initiative contains an educational component to increase awareness about ecological flows, waterways, and the personal responsibility of citizens to take ownership for the maintenance and survival of the system. The project is composed of four key areas of action:

The initiative is directed at all land-owning individuals or organisations, who are responsible for the funding of the project. This includes private individuals and organisations for the digging of wells located on private property and government institutions for wells located on public and common land. The overall cost of the project is expected to reach INR 32 million (approximately USD 435,000 as of December 2020). The cost is borne by the users themselves, with an average cost of INR 40,000 per well (approximately USD 540).

The initiative includes the involvement of several stakeholder groups, such as:

The main challenges faced by the campaign refer to the difficulties of education and awareness-raising about groundwater, according to key project partners. Groundwater tables and aquifers are largely invisible, and many open wells have been filled with garbage. At the same time, it is difficult to provide accurate modelling of the results of shallow aquifer recharge due to the dynamic nature of extraction of groundwater in the city and the limitations in the current development of science and technology. However, the experience learned during the first five years of project implementation has led to a number of lessons learnt in this regard:

The “Million wells for Bengaluru” campaign shows the potential for joint public-private multi-stakeholder partnerships to contribute to sustainable urban development and enhanced environmental sustainability. The initiative joins scientific evidence and partners like ACWADAM with traditional practices and communities, merging heritage and science to develop a comprehensive project based on community involvement. Five years into the project, the project team has observed an increase in the groundwater table in places where groundwater recharge wells have been implemented. The campaign is planning to extend beyond the city into the state of Karnataka, as well as other states where it is hydrogeologically applicable. 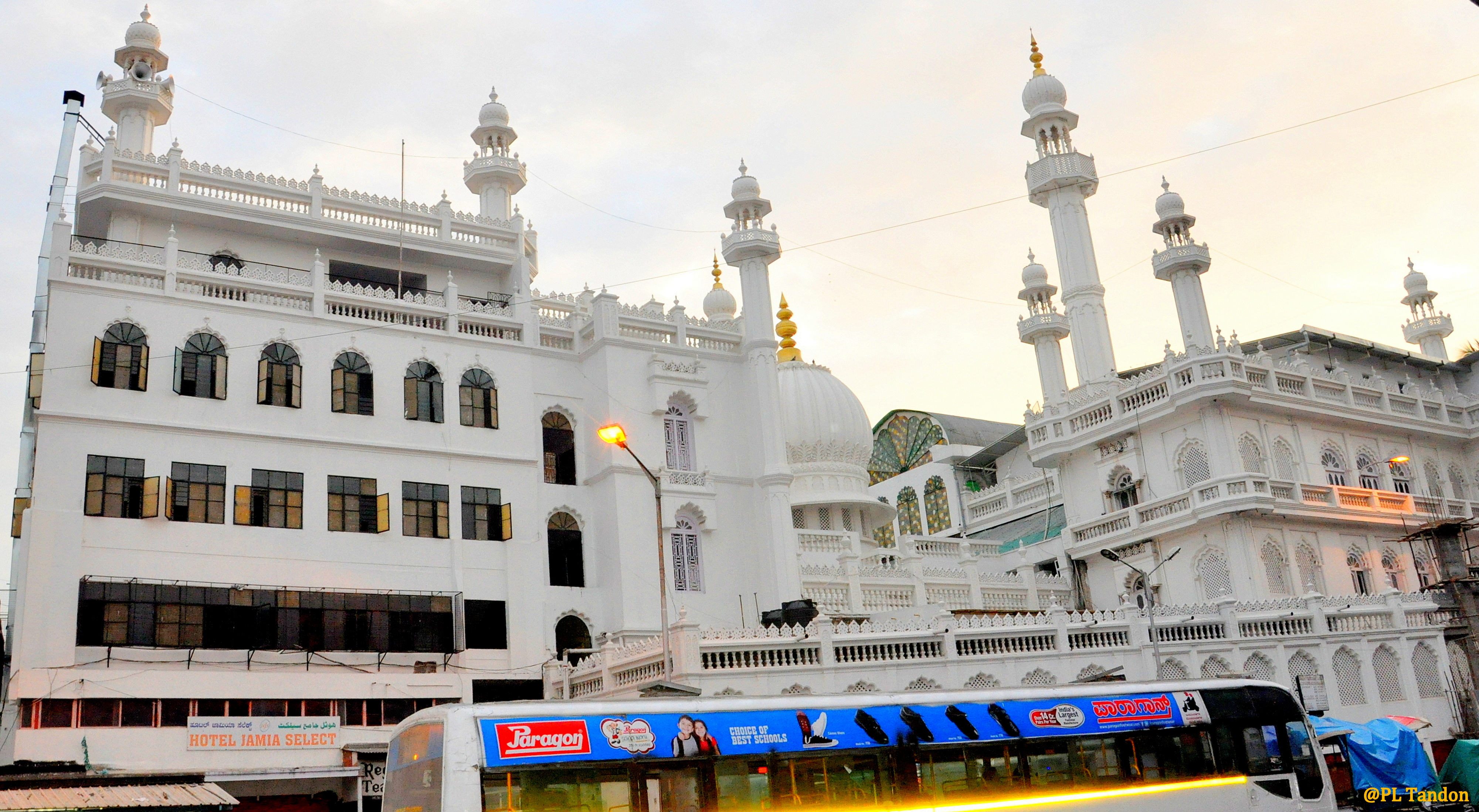 How does this case study contribute to the global commitments of sustainable development, climate change action and heritage conservation?

The initiative aims to contribute towards sustainable development by addressing the following Sustainable Development Goals:

Goal 6. Ensure availability and sustainable management of water and sanitation for all.

Target 6.1: the initiative aims to contribute to providing universal and equitable access to safe and affordable drinking water for all by creating recharge and open wells throughout the city, recharging the aquifers, and ensuring water availability.

Target 6.3: the project aims to contribute to improving water quality by developing awareness campaigns and promoting individual responsibility for the maintenance of the water systems, resulting in a reduction of water pollution and dumping.

Target 6.4: the initiative aims to address water scarcity and reducing the number of people suffering from water scarcity, by striking a balance between groundwater extracted and recharged through the construction of open recharge wells. The initiative could especially improve human-made water scarcity during the dry by catching and sending rain into the ground, raising the water table, and helping recharge existing borewells and open wells.

Target 6.b: the campaign aims to support and strengthen the participation of local communities in improving water management by increasing capacity building and community involvement.

Target 8.2: the initiative aims to promote higher levels of economic productivity through diversification, technological upgrading and innovation, including through a focus on high value added and labour-intensive sectors.

Goal 10. Reduce inequality within and among countries.

Target 10.1: the initiative aims to contribute to achieving and sustaining income growth of the bottom 40 per cent of the population, by improving the livelihoods of traditional well-digging communities and other tradespeople and small businesses.

Target 10.2: the project aims to promote the empowerment and social and economic inclusion of traditional well-digging Manu Vaddar community, which was traditionally placed low in the local caste hierarchy.

Target 11.4: the project aims to strengthen efforts to protect and safeguard the world’s cultural and natural heritage by preserving and maintaining historical wells and promoting the transmission of traditional knowledge and skills.

Target 11.5: the project aims to lower the risks related to water-related disasters by preventing flooding due to heavy rain and preventing runoff.

Target 13.1: As flooding and droughts become more common due to climate change, the project could strengthen resilience and adaptive capacity to climate-related hazards and natural disasters by mitigating water scarcity and preventing flooding.

Goal 17. Strengthen the means of implementation and revitalize the global partnership for sustainable development.

Target 17.17: the project aims to involve and promote public-private and civil society partnerships, building on the experience and resourcing strategies of partnerships.

Open recharge wells for domestic use were traditionally built by the Manu Vaddar community. The wells improved the balance between groundwater extracted and recharged and created strong relationships between the communities and their wells.

The project aims to improve resilience and sustainability in an urban setting through reviving traditional water management practices. It understands culture and heritage as a contributor to sustainable urban development. If fully implemented in accordance with the described methodology, the project could contribute to the implementation of the HUL (Historic Urban Landscape) approach thanks to its: 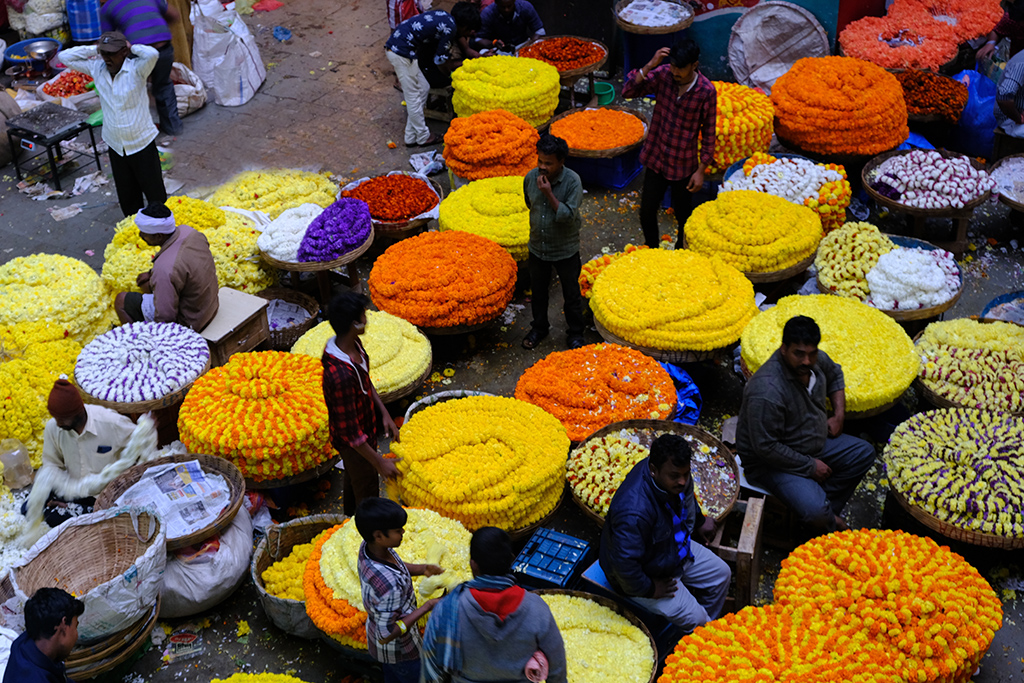 Discover more about the details of the case study and the stakeholders involved.

Unless otherwise expressed, all images © BIOME Environmental Trust
Note: The cases shared in this platform address heritage protection practices in World Heritage sites and beyond. Items being showcased in this website do not entail any type of recognition or inclusion in the World Heritage list or any of its thematic programmes. The practices shared are not assessed in any way by the World Heritage Centre or presented here as model practices nor do they represent complete solutions to heritage management problems. The described potential impacts of the projects are only indicative and based on submitted and available information. UNESCO does not endorse the specific initiatives nor ratify their positive impact.