Improvement of the conservation of Koutammakou, the Land of the Batammariba

Following the collapse of several Takienta during the rainy season in 2018, an on-site emergency mission was carried out by UNESCO from 19-24 October 2018 to assess the extent of the damages caused.

The mission resulted in the adoption of Decision 43 COM 7B.112 by the World Heritage Committee at its 43rd session (Baku, 2019). The Decision mainly reports issues related to the conservation and management of the site and encourages the State party to undertake an inventory of the Takienta and attributes contributing to the OUV of the site; a definition of its boundaries and an update and validation of its management plan.

Koutammakou, the Land of the Batammariba (Togo) was inscribed on the World Heritage List in 2004. Located in the northeast of Togo, this 50,000-ha cultural landscape is home to the Batammariba people (‘those who shape the earth’) and stands out for its remarkable Takienta, which are mud tower-houses associated with ceremonial spaces. Koutammakou as a living and evolving landscape exhibits all features of an agricultural society working in harmony with the landscape, where nature underpins beliefs, rites and daily life.

This project, based on the recommendations of the mission of October 2018 and the Decision 43 COM 7B.112, aims at implementing activities to improve the state of conservation of Koutammakou, the land of the Batamariba. More specifically, it will contribute to the following objectives:

Inventory and mapping of the site (boundaries of the site and its buffer zone, attributes, conservation issues);

Capacity building of the management team and of local communities

Particular attention will be given to active participation of the authorities (national and local) and to the local communities’ appropriation of the project by means of community engagement, in order to ensure in particular the sustainability of the project, but also the understanding of the dynamic, current issues and challenges of the site and the consistency of the proposed ideas. 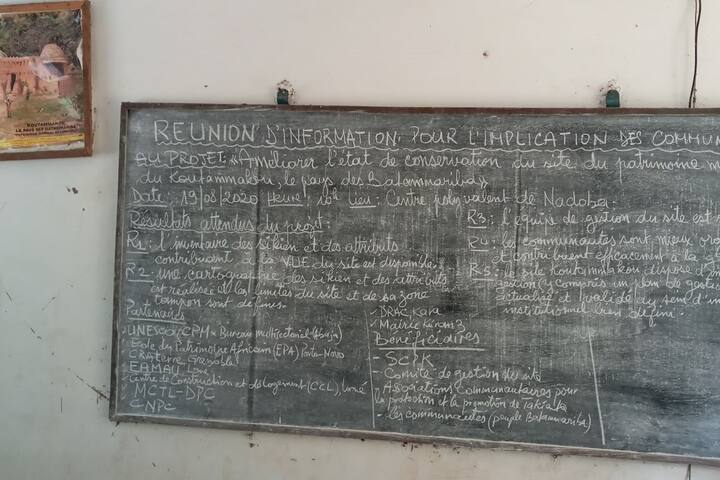 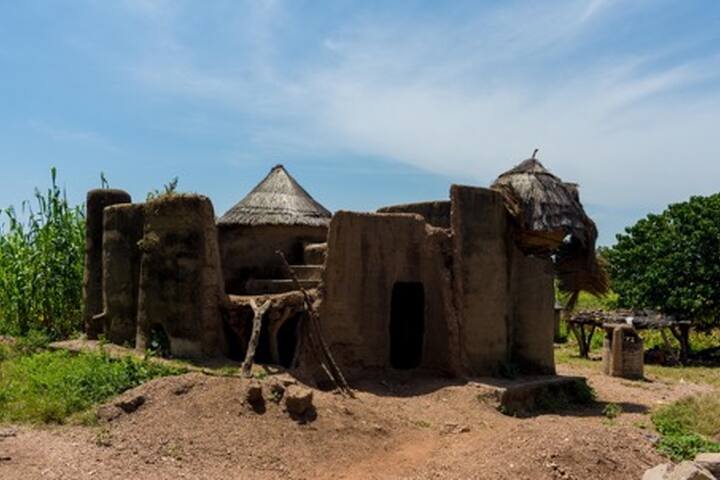 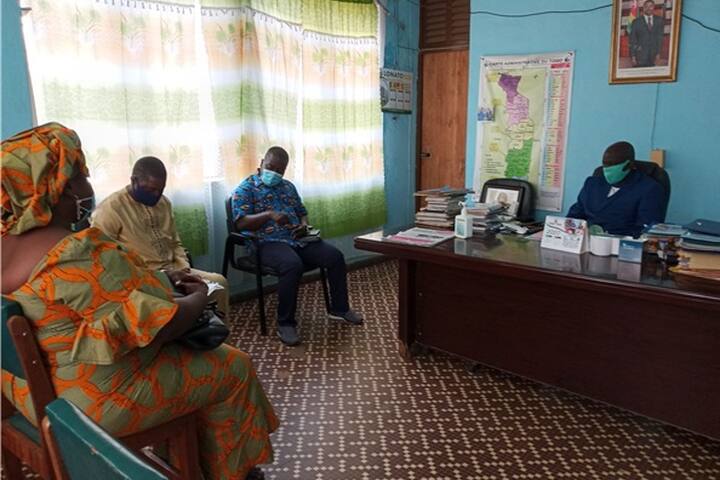 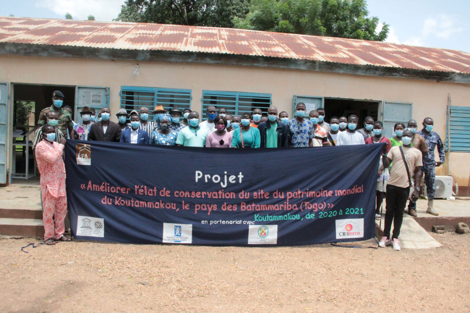 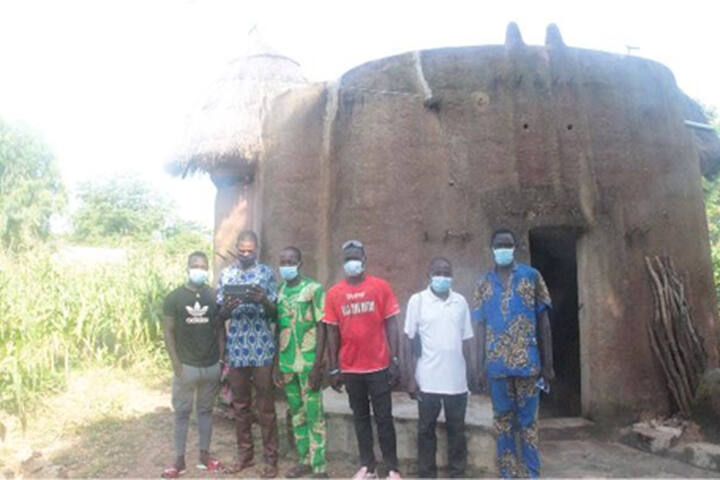 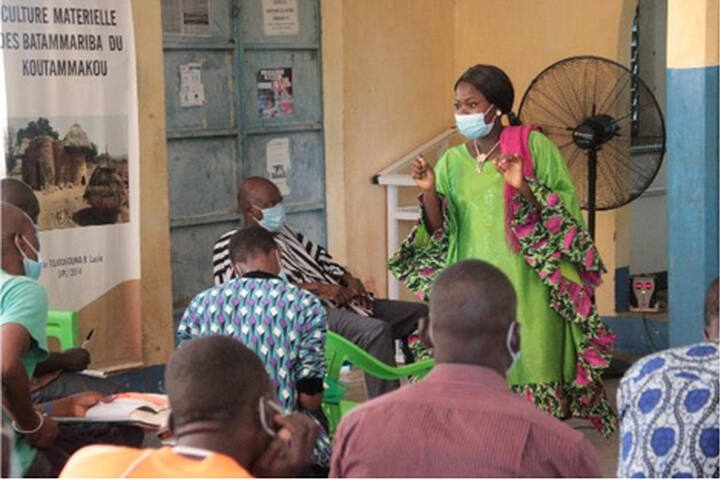 From 23 November to 3 December 2021, a "Participatory Workcamp on the Conservation of Sikien" was held in Koutammakou as part of the project. The activity started with an opening ceremony on 23 November 2021 at the Service de conservation et de promotion du Koutammakou (SCPK). The ceremony was attended by thirty-three (33) participants including representatives of UNESCO, the Ecole du Patrimoine Africain (EPA), the Direction du Patrimoine Culturel (DPC), the conservation department of the site and the Centre de la Construction et du Logement de Cacavéli (CCL), as well as members of the local community including representatives of associations, resource persons, tourist guides, masons and sikien owners. It was followed by the official handover of computer equipment by the UNESCO representative to strengthen the capacity of the management team, as well as an awareness-raising session for stakeholders on the state of conservation of the site.

The workcamp was a real opportunity to exchange and share knowledge and know-how between the different actors for what concerns the characteristic architecture of the Batammariba people, but also earthen architecture in a more general way. It also allowed to contribute in a participatory way to complete the "Book of recommendations on the maintenance of sikien" which will be finalised by CRAterre within the framework of the project, and to make an evaluation of the competences of the local actors involved in the construction and the maintenance of sikien which could constitute thereafter a database of reference. 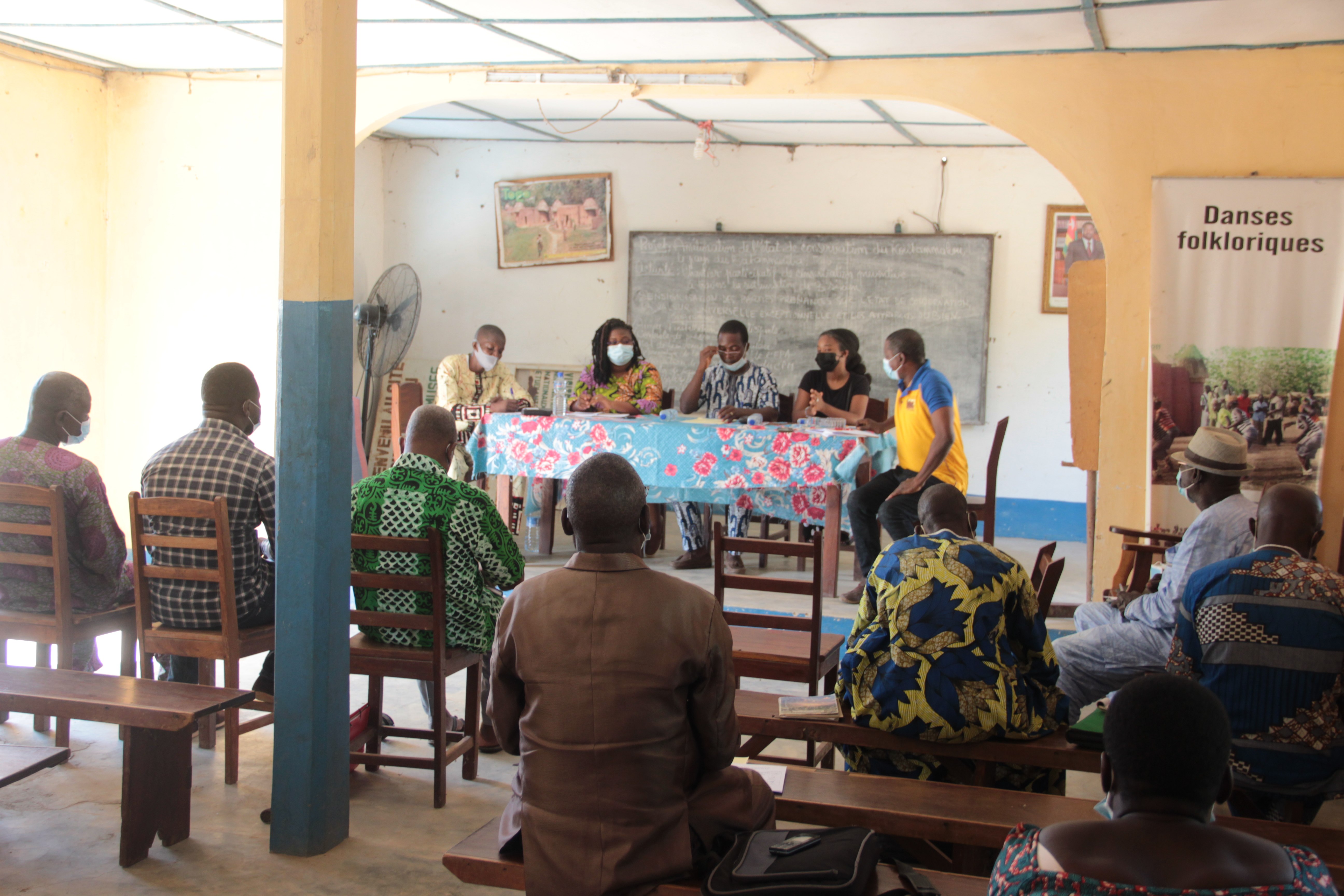 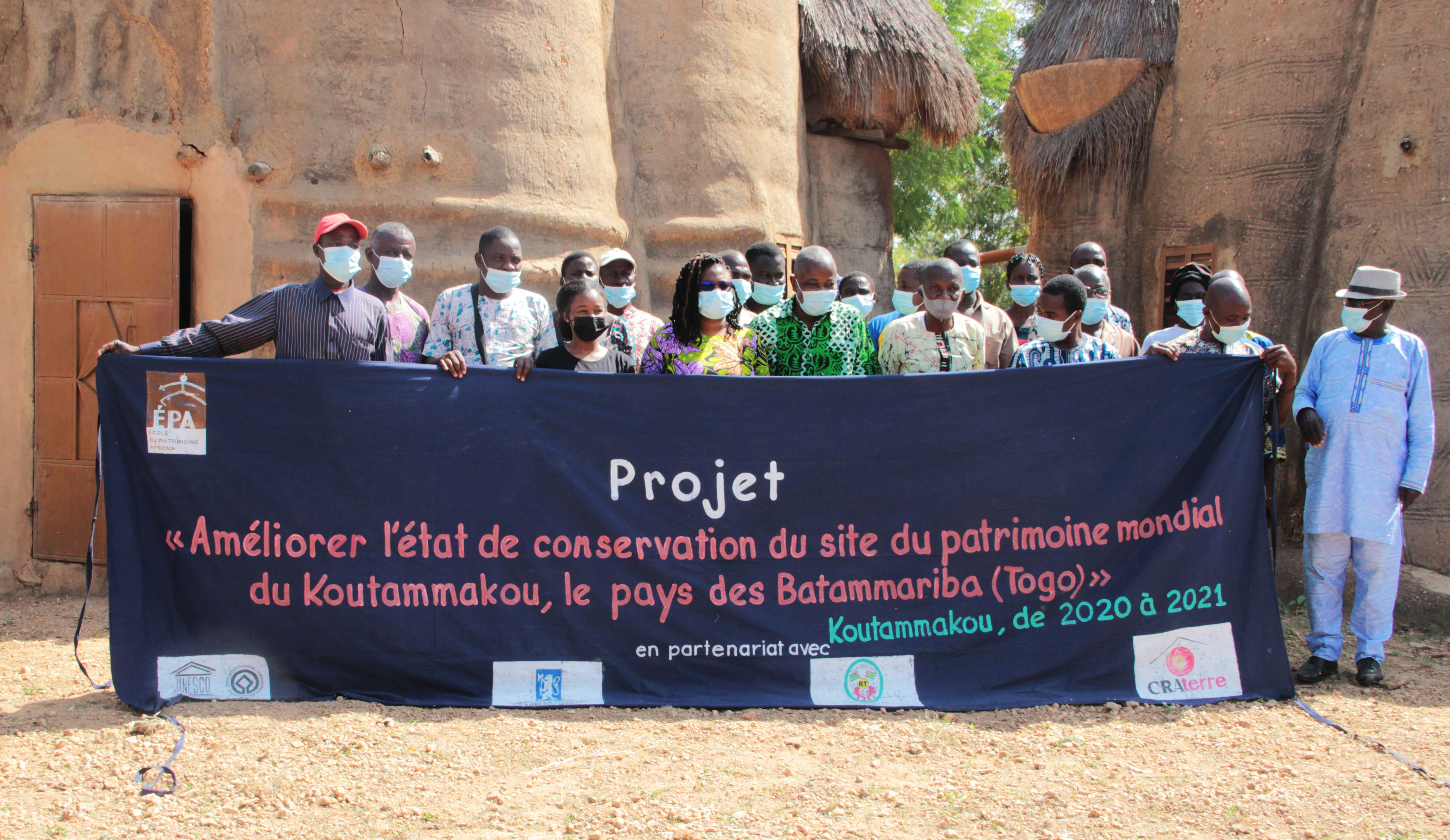 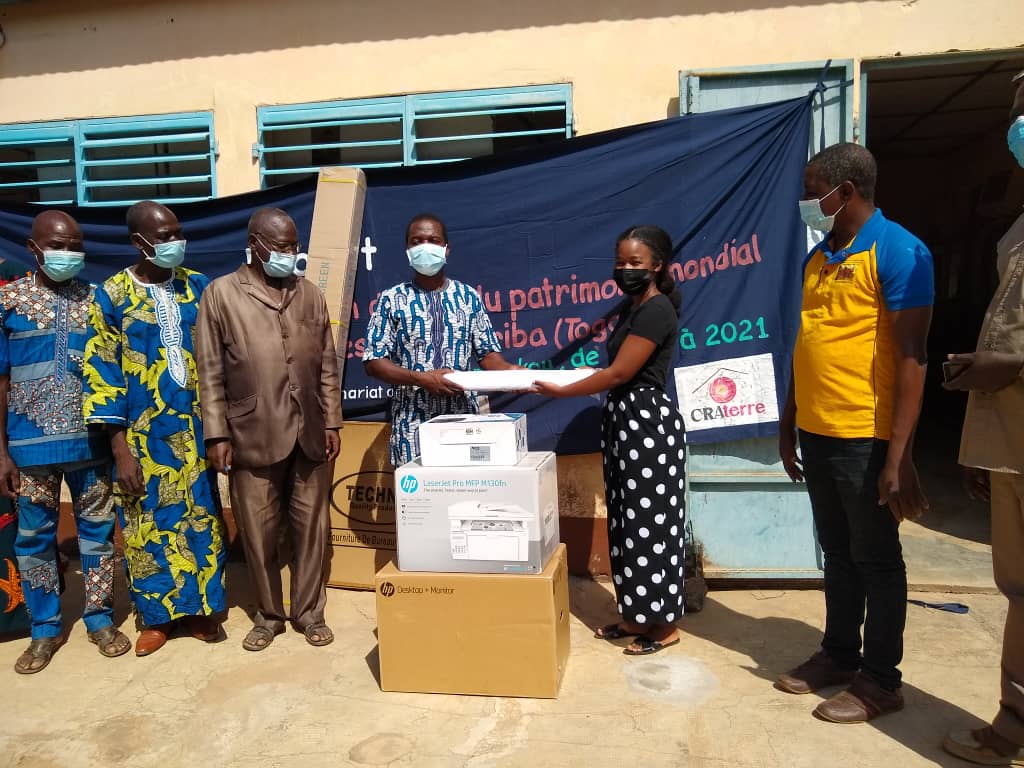 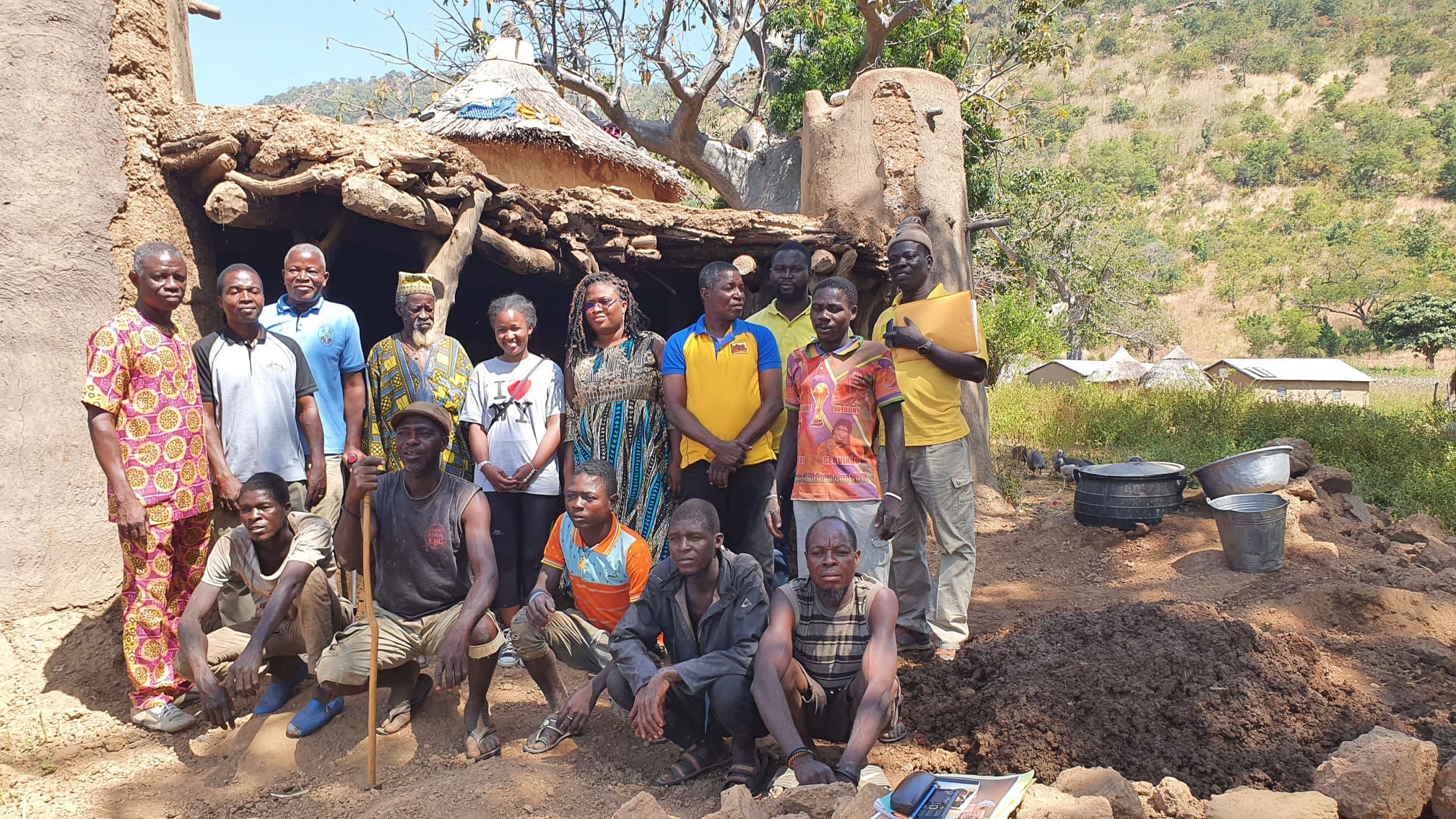 This project contributed to the achievement of the Sustainable Development Goals (SDGs), specifically