Rivers and Heritage: Niger-Loire, Governance and Culture project. Development of heritage and support for management of land and water resources, Mali

The ‘Niger-Loire: Governance and Culture’ project, coordinated by the World Heritage Centre within the framework of the France-UNESCO Cooperation Agreement, and financed by the European Commission, was launched in Mali in November 2007 as a result of discussions initiated in 2004 on the development of the Inner Niger Delta and its inscription on the World Heritage List as a cultural landscape.

The France-UNESCO Cooperation Agreement initiated the project and provided technical assistance as well as partial funding. The France-UNESCO Cooperation Agreement also enabled the development of partnerships and put numerous experts at its disposal. The Niger-Loire project is one of the main projects of the Rivers and Heritage initiative and plays a part in the ongoing discussions on the role of culture as a driving force behind local development in Africa (Africities Summits). It was implemented by the World Heritage Centre and the UNESCO Office in Bamako.

The three year project relied on cooperation between the Niger River in Mali and the Loire River in France, mobilizing local government engaged in decentralized cooperation, universities and technical institutions, and the Mission Val de Loire – an organisation that coordinates the management, development and promotion of the Loire Valley World Heritage site. The project represents the most successful experience of ‘river-to-river cooperation’ to date.

This project put forward by UNESCO within the framework of the France-UNESCO Cooperation Agreement was one of the initiatives selected for the EU’s ‘ACP-EU Water Facility’ programme and was launched in 2004 with funding from the ninth European Development Fund. The Water Facility was aimed at the developing countries in African, Caribbean and Pacific (ACP) regions and was set up to address the need to mobilize additional resources as well as the need to work directly with those countries worst affected by a lack of access to drinking water and basic sanitation.

The ‘Niger-Loire: Governance and Culture' project was set up in Mali in 2007. In an international context where numerous issues put a strain on the hydrological and environmental resources of the Niger River, the project aimed to very specifically target local government organisations and local communities along the banks of the Niger River in Mali. The objective was to help them take greater ownership of the responsibilities devolved to them as a result of decentralization (access to water, sanitation, development of riverside zones), to get a better grasp on the big issues concerning governance of the river, and to get a better understanding of the natural and cultural riches of the river and use them as a lever for local development. This local approach – backed up by decentralization, support for local initiatives and public awareness campaigns – complements the initiatives for safeguarding the river right across the Niger River basin and has led to a partnership with the Niger Basin Authority.

The approach of the project was to link applied research initiatives (designed to improve general understanding of the river in various scientific fields), concrete planning and development projects in riverside sites (designed to respond to real challenges regarding development in river-dwelling communities, such as sanitation, access to drinking water, the fight against the pollution of aquatic habitats, management of riverbanks), and training programmes (based on research work and operational activities). The ambition and the methodological originality of the project was to create a bridge between the world of research and local communities, combine training and aid in the field, and make academic disciplines and different professional worlds (hydrology, archaeology, management of cultural heritage etc.) cohabit and cooperate. This approach is consistent with the mandate and expertise of UNESCO in the field of Culture, Science and Education.

Among the many projects undertaken were investigations into and surveys of cultural heritage, the construction of an artisanal dye-works in Bamako, and the introduction of discussions about the river, known as ‘Baro Bada’ in the local Bambara language. These discussions were organised in Bamako and in each of the towns involved in the pilot project, and provided public forums for river-dwelling communities to express their views. Other activities included training and education initiatives and the exhibition ‘Niger, un fleuve et des hommes’ (‘Niger, river and men’) mounted at the National Museum of Mali in Bamako. The exhibition toured in Mali and France and was also shown at the UNESCO headquarters. An article about the project was published in UNESCO’s annual report, as well as in issue no.59 of World Heritage (April 2011) that was dedicated to the theme of water.

The ‘Niger-Loire: Governance and Culture’ project has helped highlight the subject of the river as a persuasive means of promoting both knowledge of the territory and development solutions in Mali. It has supported, created, and brought together numerous educational, cultural and environmental initiatives put forward by institutions and the local community. This demonstrates that the plight of the River Niger is a common preoccupation amongst local people and provides an exceptional opportunity for dialogue between generations. 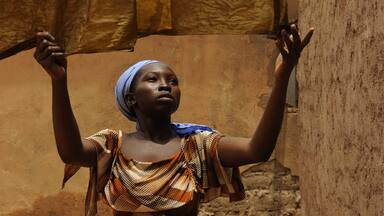 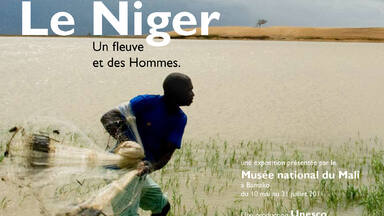 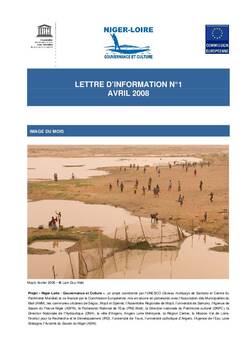 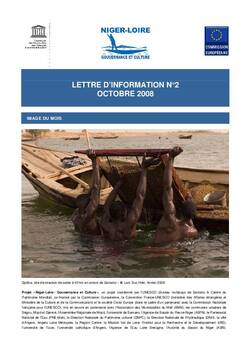 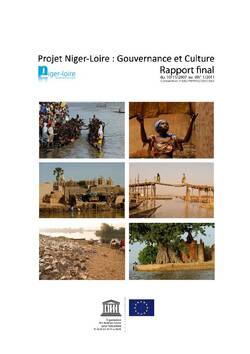