An ICOMOS advisory mission visited the property from 25 to 29 November 2007, following the receipt by the World Heritage Centre of complaints regarding the need for a revised management plan, the scale of new interventions on the South Peak, the unrecorded destruction or movement of original features, the speculative nature of the reconstruction, the failure to publish the results of archaeological and architectural surveys, and a failure to consult local ferry operators on changes in access rules.

The mission concluded that, whilst the works have transformed the appearance of these remains, they are justifiable and that the outstanding universal value of the property remains intact. The mission also examined other aspects of the island’s management in the context of the draft management plan and, in particular, a disagreement between the Irish authorities and local ferry operators over landing permits.

The mission made the following key recommendations:

a) a fully resourced programme of publication should begin;

b) an academic advisory committee should be appointed to advise on publication and future research;

c) annual minuted meetings should be held with the ferry operators;

d) the criteria for the granting of new landing permits should be identified;

e) a site manager should be appointed for the property;

f) no changes should be made to the property boundary;

g) a detailed visitor survey should be conducted to inform visitor management;

h) toilet facilities should be provided on the island.

The full report of the mission is available at https://whc.unesco.org/archive/2008 and was transmitted to the authorities for comments. In a letter to the World Heritage Centre dated 26 February 2008 the State Party indicated that the recommendations of the mission would be incorporated into the management plan, which was to be finalized very shortly.

4. Also notes the comments from the State Party on the mission report and its decision to incorporate the recommendations in the management plan for the property;

5. Requests the State Party to submit to the World Heritage Centre, by 1 February 2009, three printed and electronic copies of the final management plan;

6. Also requests the State Party to submit to the World Heritage Centre by 1 February 2010 a progress report on the implementation of the advisory mission recommendations and the management plan for examination by the Committee at its 34th session in 2010.

3. Also notes the comments from the State Party on the mission report and its decision to incorporate the recommendations in the management plan for the property; 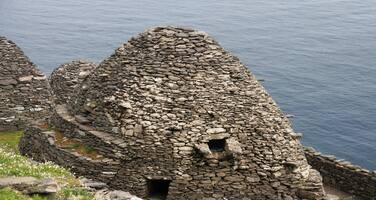