b) Degradation of the environment, uncontrolled urban growth in the palm groves and the bed of the oued, visual impact of new buildings on the surrounding hills;

c) Lack of a Safeguarding Plan ;

d) Loss of craftsmanship and knowledge of traditional materials for rehabilitation of the vernacular architecture ;

e) Loss of the traditional network for the management and distribution of water;

f) Risk of flooding and pollution of the water table.

Total amount provided to the property: USD 25,000 in the framework of the France-UNESCO Cooperation Agreement in 2003-2004.

On 31 January 2008, the State Party submitted to the World Heritage Centre a report on the state of conservation and management of the property.

A policy for the rehabilitation of the vernacular architecture has been carried out and new Ksours were built based on ancient techniques.

This report is accompanied by a draft request for international assistance following encouragement by the World Heritage Committee at its 30th session (Vilnius, 2006). This draft request is for technical assistance for an approximate amount of USD 75,000 up to 2010, for capacity building in the preparation of a safeguarding and management plan for the Valley.

An international seminar was organized by the State Party in December 2007, on the occasion of the 25th anniversary of the inscription of the property, to which the World Heritage Centre was invited.

The following conservation problems have been raised by the State Party:

a) Alteration to the palm groves due to accelerated urbanisation, as well as the saturation and rising of the level of the water table that is causing damage to the palm trees;

b) Lack of human and material means for the integrated preservation of the M’Zab Valley, due to the vast area of this property;

c) The overpopulation of the Valley (150 000 inhabitants) causing a saturation of mechanical vehicles with adverse affect to the ecological balance;

d) The presence of old industrial areas dating back to the 1970s that have not been relocated beyond the safeguarded sector.

The establishment of a Permanent Safeguarding Plan is underway, with a call for tender to be submitted by 9 February 2008. A budget has been allocated by the Ministry of Culture for this purpose.

The World Heritage Centre and the Advisory Bodies have taken note of the efforts made by the State Party in the restoration of the traditional hydraulic system and its intention to establish a safeguarding and management plan for the property.

3. Notes with satisfaction the State Party's intention to prepare a safeguarding and management plan foreseen for 2010; and encourages it to submit a revised international assistance request for experts to assist local authorities in the preparation of this plan;

3. Notes with satisfaction the State Party’s indication to prepare a safeguarding and management plan foreseen for 2010; and encourages it to submit a revised international assistance request for experts to assist local authorities in the preparation of this plan; 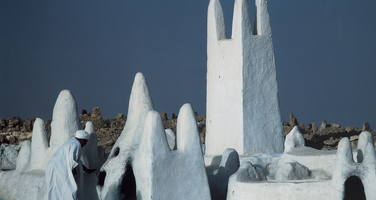