a) Lack of overall management plan;

Decision 31 COM 7B.24 noted with concern the conservation and management issues affecting the outstanding universal value and integrity of the property as assessed by the March 2007 World Heritage Centre / IUCN mission, in particular the lack of a management plan and management structure, continued mining activity and the PUMEX exploitation within the property, the lack of a deadline for completion of stockpiled material removal, as well as the lack of regulatory and other mechanisms to control port developments and coastal infrastructure.

The State Party report, provided on 31 January 2008, has been reviewed within the limitations of the translation provided and the following responses are noted in relation to Decision 31 COM 7B.24.

a) Mining extractive activity in areas within and adjacent to the World Heritage property, and prohibit new mines:

All mining is reported to have been halted, and the seizure of infrastructure for exploitation and exportation as of August 2007 would seem to guarantee this.

b) Deadline for removal of stockpiled pumice material :

While no deadline has been set for removal of stockpiled material, there apparently exists a plan for the use of this material along the coast for erosion reduction and beach maintenance. Such a plan should be subject to environmental assessment as this may result in impacts on the values of the marine environment of the Islands.

Although the State Party has submitted a management plan, this is mainly descriptive, and has little information on site specific policies, strategies and action items to guarantee the protection of the World Heritage values for which it was nominated. There is a good elaboration of an awareness-raising programme, as called for, however the plan as submitted is not adequate for the protection of the natural values of the property.

The response speaks to the issue of management entity but it is not clear how this is proposed to function in any detail. Funding is not mentioned.

e) Comprehensive environmental impact assessment of the proposed enlargement of the port of Lipari:

The response states that the proposed expansion plan was unduly large, but does not indicate that an environmental impact assessment was carried out.

f) Science-based project of vegetation restoration and plan for conversion of the mining infrastructure to serve educational and ecotourism needs, in conjunction with a programme of reemployment:

The response partially addresses this recommendation, but contains no specific proposals for vegetation restoration.

g) Redraw boundaries for the proposed Lipari Reserve and submit a proposal for a boundary modification of the property:

The promised Lipari Reserve World Heritage property boundary has apparently still not been formally adopted. The response appears to indicate that there will be no airport development, but it would be fitting to see a Landscape Territorial Plan amendment to this effect. A boundary modification has not been proposed for review by the World Heritage Committee.

h) Creation of a Regional Park for all the Aeolian Islands:

The response states that the National Financial Law of 2008 “anticipates” designating a National Park by Italy. It does include the marine sites recommended by the UNESCO/IUCN mission of March 2007.

i) Re-nomination of the property to include additional natural criteria and to protect important coastal and marine habitats:

The response outlines a fuller discussion of the other natural values, and the cultural values of the property but does not represent a re-nomination and does not include coastal and marine areas.

In summary, whilst the response gives a written assurance regarding major threats to the property, there has not yet been an adequate response to or action on the majority of issues raised in Decision 31 COM 7B.24. There is still no substantive management plan in evidence that provides adequate stewardship of the natural values for which the property was inscribed. IUCN concludes that, whilst on the evidence provided by the State Party the property may no longer be in imminent danger, decisive action is required by the State Party

4. Welcomes that all the new mining activity that could affect the property has been stopped, and requests the State Party, in collaboration with the World Heritage Centre and IUCN, to ensure that these mining activities will not be reopened in the future;

4. Welcomes that all new mining that could affect the property has been stopped, and requests the State Party, in collaboration with the World Heritage Centre and IUCN, to ensure that these mining plans will not be reopened in the future; 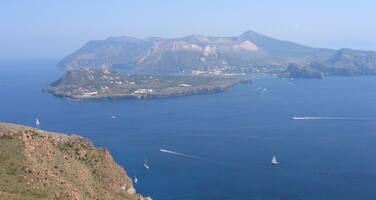