a) Construction of TRANSCARIBE, a new public transportation system and its impact on the wall;

b) Lack of a regulatory conservation management system of the property;

c) Impact of the harbour public works on the fortifications of Cartagena;

d) Need of urban regulations for the protected area;

e) Lack of a Management Plan.

The World Heritage Centre received the state of conservation report from the State Party on 29 March 2010, which included the following responses to the Committee’s requests:

The report includes a description of the property and its buffer zone, including a map with the new delimitation. The modification of the boundaries was proposed in the framework of the Special Plan for Management and Protection (PEMP - Plan Especial de Manejo y Protección del Centro Histórico de Cartagena de Indias) which is currently being analysed by the local government and the Ministry of Culture. In the attached map, the protected area and the buffer zone are larger than the area approved by Resolution 043 of 1994 and no explanation as to the reasons for this change was provided. However, it is stated that once the new delimitation has been approved, it will be officially submitted to the World Heritage Centre.

A clarification was made that 13 of the elements of the fortified system that are not included within the Historic Centre, have been declared Property of Cultural Interest in order to protect them by Decree 1911 of 2 November 1995 and the Law 397 of 1997 and Law 1185 of 2008. All interventions in these properties require previous authorization from the Ministry of Culture. Since the nomination file of the property did not contain proper topographic maps at the time of inscription, it is advisable, within the framework of the Retrospective Inventory process, to clarify which of the elements are included in the delimitation of the protected area and to properly identify the inscribed property and its buffer zone

b) Procedures and responsibilities concerning the establishment of urban building regulations

The report states that Law 1185 of 2008 and the Territorial Management Plan of Cartagena de Indias regulates interventions within the Historic Centre. At the local level, the institution in charge of the evaluation of interventions and the control of constructions is the Technical Committee of Historic and Cultural Heritage from the Institute of Heritage and Culture of Cartagena de Indias (IPCC), which is part of the municipality. Additional information was provided on the roles and responsibilities of these entities.

Regarding the finalization of the PEMP, the information submitted stated that the socialization of the report is pending as well as its adjustment with the municipality plans. It is foreseen the process will finalise in March 2010. A document entitled Historic Review of Cartagena, which has been prepared for the second phase of the PEMP, was attached and consists of descriptive information about the archaeological areas in the historic centre, as well as the assessments for urban analysis of the historic centre and its surroundings, public spaces, environmental conditions and a socio-economic description. The complete draft Plan was not submitted and its finalization has been pending since the reactive monitoring mission of 2006.

It was also indicated that a specific Management Plan for the other fortresses of the defence system will be drafted in coordination with the related institutions. The timeline previewed for drafting such plan was not included.

The importance of elaborating an integrated Management Plan for the entire property including all the relevant elements of the fortified system has to be underscored. The PEMP should not only include the Historic Centre and the surrounding area, but it should also take into account the fortified elements which are recognized for their heritage values and are part of one single property.

c) Updated information on the instruments for land use control, notably in the property, and policies to promote diversification of activities

According to the submitted information, the IPCC has developed a study regarding land use in the Historic Centre. Its results and the regulations included in the PEMP will converge in favour of the preservation of the housing use in the Historic Centre, to alleviate any negative impacts of the current touristic and commercial activities present in the area. The report did not provide further details on how this would be achieved.

d) Advancement of the integral study of the condition of the Fortifications' walls.

In 2008, the Ministry of Culture requested the elaboration of “Technical Studies for the Restoration of the walls placed between the Monument of the India Catalina and the Museum of Cartagena”. This was the first step for the comprehensive assessment study of the complete wall, and its results and conclusions were included in the report submitted by the State Party. The comprehensive analysis highlighted conservation issues including humidity and infiltrations on the wall; the weakening of structural components of the scarps due to the loss of mortar; higher tension efforts in certain areas (Torre del Reloj and San Antonio bastions); as well as drainage problems and floods due to the high tides. The study recommended solving the construction problems related to structural consolidation and hydraulic engineering, focused on the drainage system in order to recover the original levels of the glacis and the original dimensions of the wall. Other recommendations include protection barriers against vibrations and structural reinforcements in case of seismic activities in addition to regular protection and restoration programmes for the fabric of the wall. Regarding the impact of the Transcaribe system on the walls, the study has indicated that the creation of a void between the Transcaribe and the wall could interrupt any vibration waves that may affect it, and that the speed limit for Transcaribe should be limited to 30km/h. The study does not include a prioritised Action Plan, with timelines and costs for implementation, to address pressing conservation issues. Recommendations are in many cases too general and need to be further developed, including technical specifications for interventions that are currently in a draft format.

A summary report on climate change issues was elaborated by the Maritime General Directorate of the Defence National Ministry and submitted to the Municipality of Cartagena. The report included predictions on potential tide rise and impacts evidenced by environmental conditions today, including deterioration due to exacerbated humidity. It has been agreed that a special emphasis on climate change should be included in the PEMP, due to the considerable impact that tidal rise and global warming may have on the property. A Coastal Zone Committee, in collaboration with the Cartagena University and the Centre of Oceanographic Studies was set up in 2009 to elaborate short-term solutions while long-term strategies are being planned. The actions proposed include the elaboration of updated cartography for the areas at risk, in order to allow the municipalities to restrict settlements on them. Other actions include the construction of locks and the installation of pumps and valves. It was recognized that the timeframe for the implementation of the mentioned measures is not ensured due to financial constraints.

The World Heritage Centre and the Advisory Bodies remain concerned that the Special Plan for Management and Protection (PEMP) has not been finalized since it was requested in 2006. They wish to underscore the importance of integrating all elements of the inscribed property in the finalized plan, taking into account the integrity of the fortified system and of the Historic Centre.

In spite of progress made in carrying out the conservation assessment for parts of the property, no indication has been provided on when it will be finalized and no precise action plan for conservation of the property has been defined. There has been limited progress since the last reactive monitoring mission and many proposals have yet to be further developed. Detailed information on the current status of the construction of the Transcaribe and the application of conservation measures to reduce its impact on the walls was not submitted. The definition of the limits of the property and its buffer zone should include all the fortified elements that are part of the defense system of the bay and that were included in the nomination file. The PEMP should also be elaborated taking into account the integrity of the fortified system and not only the Historic Centre.

In the framework of the Periodic Reporting exercise for the Region, the “Workshop on the preparation Retrospective Inventory, Retrospective Statements of Outstanding Universal Value of the properties included in the World Heritage List and an introduction to the Second Cycle of the Periodic Reporting for the Latin America and Caribbean Region” took place in November 2009 in Buenos Aires, Argentina. The focal point for Cartagena participated and was trained on how to produce the retrospective Statement of Outstanding Universal Value which were to be submitted to the World Heritage Centre by 31 July 2010.

3. Requests the State Party to finalize the delimitation of the property including all elements of the fortified system according to the required formats and to submit it to the World Heritage Centre and the Advisory Bodies for consideration and review;

4. Also requests the State Party to finalize the conservation study for the full ensemble of walls and the fortified city and to submit a prioritized Action Plan for their conservation, taking into account provisions made in the Special Plan for Management and Protection by 31 December 2010;

3. Requests the State Party to finalize the delimitation of the property including all elements of the fortified system according to the required formats and to submit it to the World Heritage Centre and Advisory Bodies for consideration and review;

4. Also requests the State Party to finalize the conservation study for the full ensemble of walls and the fortified city and to submit a prioritised Action plan for their conservation, taking into account provisions made in the Special Plan for Management and Protection by 30 December 2010; 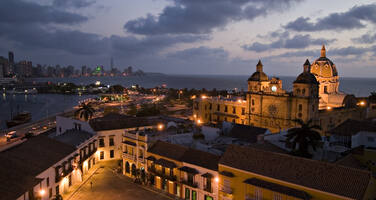