On 12 September 2018, the World Heritage Centre sent a letter to the State Party, noting third party information and media articles raising concerns about mining activities within and around the property and asking the State Party to provide clarifications on this matter.

On 19 October 2018 and later 28 February 2019, the State Party submitted a retrospective report for 2018-2019, as well as additional documents, and on 28 December 2020 a response regarding mining. These documents report the following:

On 8 March 2021, the State Party submitted a report on management and conservation of the property in 2020, providing an overview of different activities, which have continued despite the difficulties posed by the global COVID-19 pandemic.

On 24 March 2021, the World Heritage Centre sent another letter to the State Party, noting that it continued to receive third-party information regarding growing pressure from illegal mining activities on the property, including satellite images of areas affected by alleged illegal activities, and requesting the State Party to provide updated information on this matter. The State Party provided a preliminary response on 20 April 2021 and further information on 25 April, noting the following:

The information provided by the State Party regarding management of the property and different conservation activities, many of which continued despite the difficulties posed by the global COVID-19 pandemic, is welcomed.

Furthermore, the extensive clarifications regarding the recently established ZDENAMO, including the confirmation that it does not spatially overlap with the property, is noted. However, given well-known potentially wide-ranging impacts of gold mining, it is of concern that, despite the establishment of a 1-km buffer between ZDENAMO and the property, some areas already foreseen for mining activities are located in close vicinity to the northern border of the property. While the State Party notes that all mining activities in ZDENAMO need to undergo the necessary assessment and permits procedures, it is unclear whether a specific assessment of possible negative impacts on the Outstanding Universal Value (OUV) of the property has been undertaken or if undertaking of such an assessment is foreseen in the existing regulations.

It is also noted that INPARQUES and the Ministerio del Poder Popular para el Ecosocialismo (MINEC) are studying the possibility to expand the park by adding two adjacent different areas located north of the property, of an area of approximately 212,268 ha, since they have the optimal characteristics to be conserved and not intervened, and because they do not have any other form of protection.

Finally, the clarifications provided by the State Party regarding the boundaries of Canaima National Park, which have been mapped more precisely using modern geospatial technologies are noted. While it might be the case that the maps and technologies used at the time of inscription were not precise, the difference between the area of the property recorded at the time of inscription and the newly estimated area of Canaima National Park is quite significant. It is therefore recommended that this matter is further clarified and that the Committee request the State Party to develop and submit an official proposal for clarification of the boundaries of the property through existing procedures under the Convention, in consultation with the World Heritage Centre. 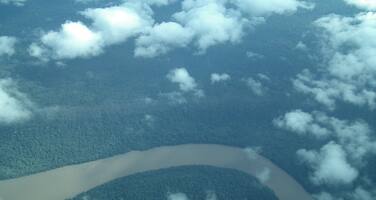