On 24 December 2019, the States Parties of Benin, Burkina Faso and Niger submitted a joint state of conservation report, available at: http://whc.unesco.org/en/list/749/documents, containing the following information:

The World Heritage Centre was informed of development work in the Pendjari National Park, including the construction of electric fencing, an aerodrome and paths. Following correspondence from Benin of 27 August and 11 December 2019, the different studies carried out in the framework of this work have been transmitted to the World Heritage Centre for examination by IUCN.

On 12 February 2020, the World Heritage Centre sent a letter to the State Party of Burkina Faso to clarify information according to which security problems had caused the evacuation of the staff of the Arly National Park. On 7 July 2020, the Burkina Faso State Party confirmed the increased insecurity situation and the evacuation of the staff from the W and Arly Parks. On 12 November 2020, the World Heritage Centre informed the States Parties of Benin, Burkina Faso and Niger of the proposal to inscribe W-Arly-Pendjari Complex on the List of World Heritage in Danger due to the increasing insecurity and total lack of management of the Arly and W components of the property in Burkina Faso, in accordance with paragraph 180 of the Operational Guidelines, and requested a meeting at the convenience of the three States Parties.

The signature, in 2019, of the Tripartite Agreement for harmonized management of the protected areas comprising the property illustrates a strengthening of transnational cooperation for efficient management of the area. It is recommended that the Committee encourage the three States Parties to implement this Agreement and to continue the current initiatives and incorporate the climatic considerations into the management of the Complex to mitigate the effects and implement adaptive activities with the technical and financial partners involved in these initiatives.

The increase in the number of eco-guards, strengthening their operational capacity and the organization of joint surveillance patrols with the defence and security forces are favourably welcomed. However, recent insecurity in the region has become very worrying, as witnessed by the murderous attack of 9 August 2020 in the Kouré zone in the vicinity of the Complex and the ambush on 27 April 2021 of an anti-poaching patrol in the Arly component of the Complex that was newly formed to assist in efforts to secure the property. The property also serves as a refuge to several active terrorist groups in the Sahel thus causing the evacuation of the management staff of the Arly and W Parks in Burkina Faso. In the light of increasing insecurity that has led to a total absence of management presence in these components of the property, the OUV of the property is faced with potential danger, as defined in paragraph 180 of the Operational Guidelines. Consequently, it is recommended that the Committee inscribe the property on the List of World Heritage in Danger to alert the international community of the critical situation of the property, support the three States Parties in the preparation of a road map to improve the state of conservation of the Complex, whilst guaranteeing the necessary funding for its safety. In this context, and with the financial support of the Government of Norway, the World Heritage Centre and IUCN cooperate with the three States Parties and its partners in the organization of national and regional consultations and a high-level meeting to contribute to the sustainable management of the property and its periphery in the face of the security crisis in the Sahel.

Noting the importance of the characteristic species for the OUV of the property, it is regrettable that the results of the 2019 biological inventories are not yet available, and it is recommended that the Committee request the States Parties to provide this information to the World Heritage Centre as soon as possible for examination by IUCN.

Furthermore, the pressure of transhumance in the property remains a cause of concern with illegal grazing in the dry season. It is important that the States Parties implement the Development and Management Plans (PAG) for the ecological blocks of the property in strict respect of the defined zonings.

Finally, in the light of these above-mentioned concerns, it is recommended that the Committee request the States Parties to invite, as soon as the security situation permits, a joint World Heritage Centre/IUCN reactive monitoring mission to evaluate the current state of conservation vis-à-vis the security situation in concertation with the States Parties. This mission should also propose a set of corrective measures and a Desired state of conservation for the removal of the property from the List of World Heritage in Danger (DSOCR), for examination by the Committee at its 45th session in 2022. 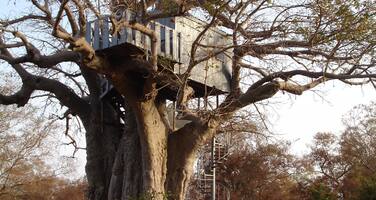